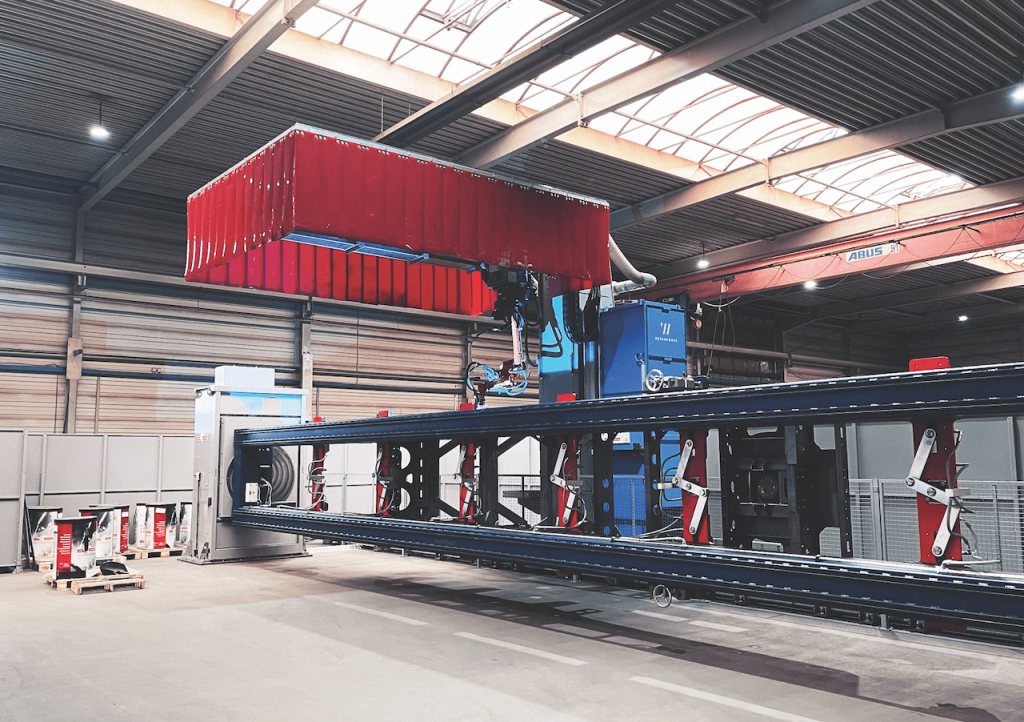 When we see the columns of trucks on the highways, hardly anyone thinks about how complex the production of commercial vehicles can be.

Reisch has supplied more than 155,000 vehicles in over 69 years and currently has 220 employees who produce about 1,100 trailers annually for the agricultural and commercial vehicle industries.

Increasing demands have led Reisch to continually invest in modern machinery and recently started working with a welding robot system from Valk Welding.

For this project, the task was not only to find a welding solution, but also to integrate the welding robots into an existing building.

The low height of the production hall presented a demanding challenge, as the end products had to rotate around their own axis. The robotic system has two robots mounted upside down on their own gallows with a track length of 33 metres, so that assemblies of up to 12 metres long and 3.5 metres wide can be processed. On one track, two individually programmable welding robots (hanging) were placed, which work in the two workstations autonomously to weld parts such as containers for dump trucks or chassis for trucks. The relatively low working height placed high demands on the mechanics and on the corresponding welding fume extraction systems.

A special construction was developed for this purpose so that the two robots could operate together on one station. Electrically, the welding fume extraction unit is connected to the robot – for instance, the robot takes over the control as soon as necessary.

The extraction unit automatically receives a command, increases the starting speed and only then is the arc ignited, so that the resulting welding fumes are immediately extracted. Intelligent control of the welding fume extraction is thus ensured across the board.

Marco Beyer, Plant Manager at Reisch Eliasbrunn, is impressed by the overall efficiency of the system and can focus his attention on surface treatment thanks to the consistently high welding quality. In a multi-stage machining process, vehicle parts are sandblasted after welding and then subjected to a primer dipping process.

Afterwards, all parts are subjected to a high-quality two-component paint finish, which is used in both vehicle divisions. The circle is complete once the finished vehicles are on the road.