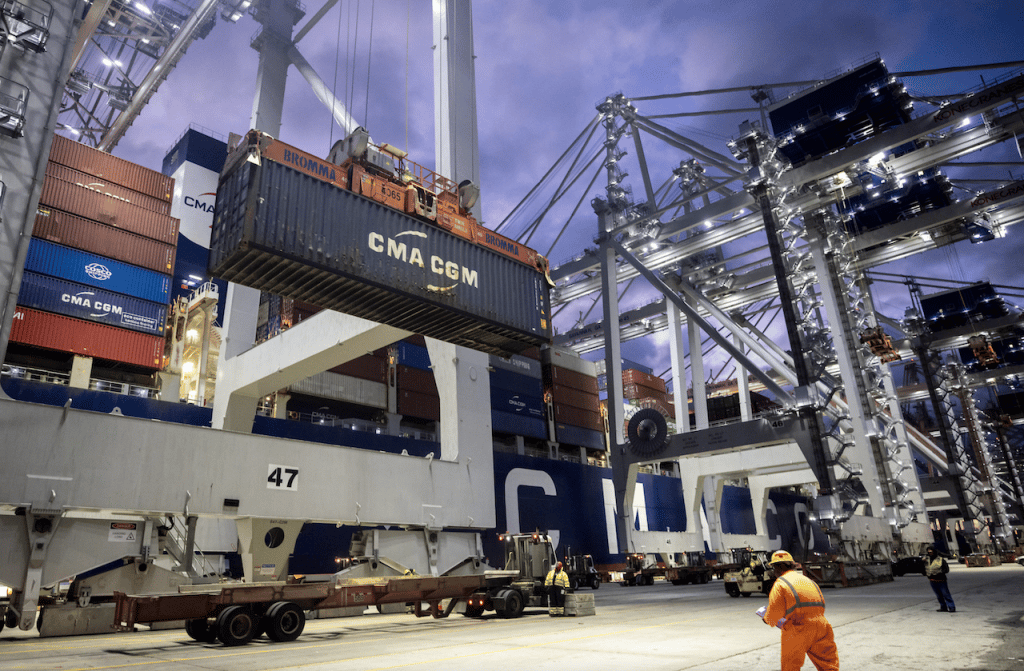 Compared to November 2019, the Port of Savannah’s performance constitutes an increase of 28 per cent over three years. That rate of growth is well above GPA’s pre-pandemic expansion, which averaged 4 to 5 percent annually.

“Container trade at US ports is returning to a more sustainable growth pattern, which is a positive development for the logistics industry” said GPA Executive Director, Griff Lynch. “Along with the addition of more than 1.0 million TEUs of annual capacity, a slight reduction in demand will mean faster vessel service as we work to bring a new big ship berth online at Garden City Terminal in July.”

The impact of inflation and a shift in consumer spending are partially responsible for a reduction in manufacturing and subsequent container demand. Weather also played a role in the November decline. The Savannah River channel was closed to the largest vessels for more than three days last month because of adverse weather conditions, including Tropical Storm Nicole.

“While we are planning for a moderation in the container trade, we expect volumes to remain strong, though shy of the historic highs of the past year,” said GPA Chairman, Joel Wooten. “Announcements from automakers and other manufacturers coming to Georgia, as well as an array of their suppliers, will mean healthy increases in trade over the long term.”

Lynch said the current lull has allowed Savannah to reduce its vessel queue to 17 container ships, down 43 percent from 1 November 2022, when there were 30 vessels at anchor. GPA expects to clear the backlog by early January 2023.

The Authority announced last week its intention to renovate the docks at Ocean Terminal in Savannah to provide two additional big ship berths, and transform the 200-acre facility to a container-only operation by 2026.

Georgia’s deepwater ports and inland barge terminals support more than 561,000 jobs throughout the state annually, and contribute $33 billion in income, $140 billion in revenue and $3.8 billion in state and local taxes to Georgia’s economy.

In other news, Hub Group is moving forward with a succession plan.