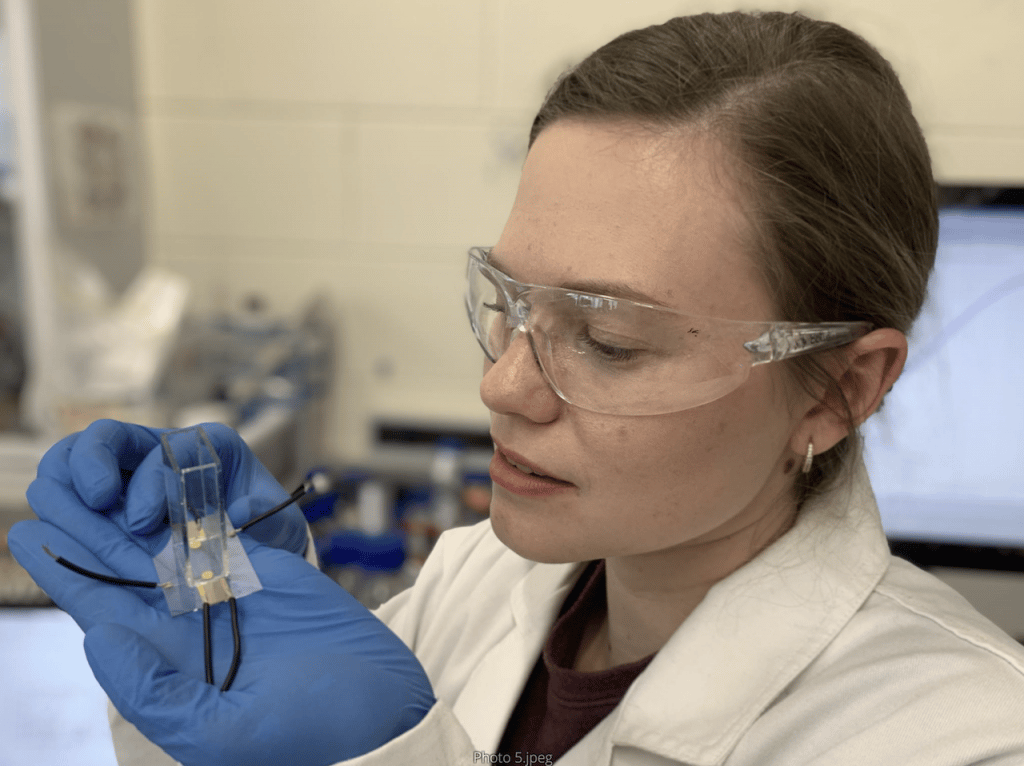 According to the team from RMIT University, the invention offers a promising way to tap into a plentiful supply of cheap hydrogen fuel for transportation and other sectors.

Electrolysis involves electricity running through water with two electrodes to split water molecules into oxygen and hydrogen gases which appear as bubbles.

This process produces green hydrogen which represents just a small fraction of hydrogen production globally due to the high energy required.

Most hydrogen is produced from splitting natural gas, known as blue hydrogen, which emits greenhouse gases into the atmosphere.

“One of the main challenges of electrolysis is the high cost of electrode materials used such as platinum or iridium,” he said.

“With sound waves making it much easier to extract hydrogen from water, it eliminates the need to use corrosive electrolytes and expensive electrodes such as platinum or iridium.

“As water is not a corrosive electrolyte we can use much cheaper electrode materials such as silver.”

Rezk said the ability to use low-cost electrode materials and avoiding the use of highly corrosive electrolytes was a game changer for lowering the costs of producing green hydrogen.

RMIT School of Engineering Professor, Leslie Yeo, one of the lead senior researchers, said the team’s breakthrough opened the door to using this new acoustic platform for other applications.

“Our ability to suppress bubble build-up on the electrodes and rapidly remove them through high-frequency vibrations represents a major advance for electrode conductivity and stability,” he said.

“With our method, we can potentially improve the conversion efficiency leading to a net-positive energy saving of 27 per cent.”

While the innovation is promising, the research team is focused on overcoming challenges with integrating the sound wave innovation with existing electrolysers to scale up the work.

“We are keen to collaborate with industry partners to boost and complement their existing electrolyser technology and integrate into existing processes and systems,” said Yeo.