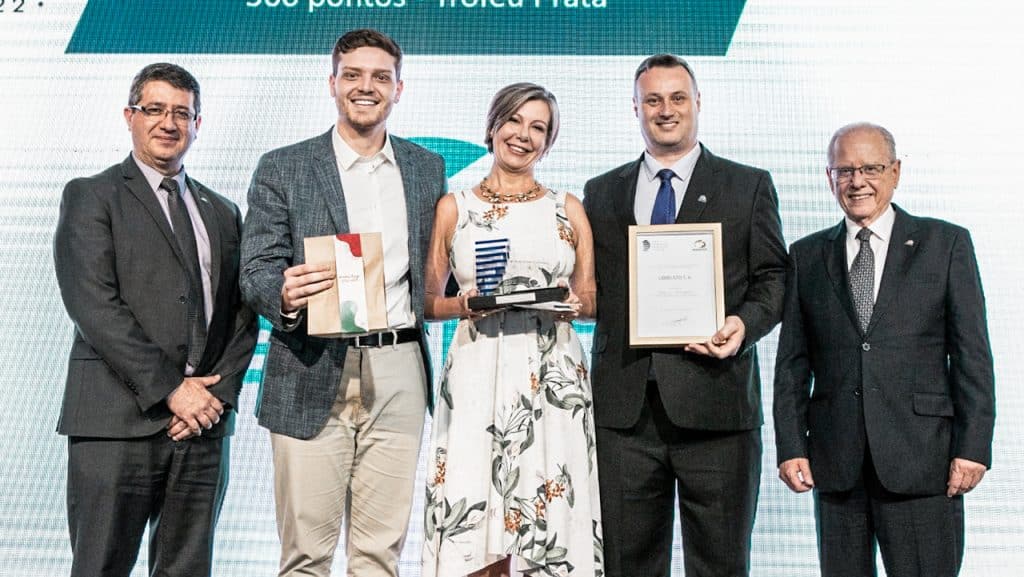 Brazil-based OEM, Librelato, has won the highest category in the 2022 Santa Catarina Excellence Award and received the Level IV Diamond Trophy, classified with 750 points by the Santa Catarina Movement for Excellence SC.

Librelato is the first company in the south of Santa Catarina and the fourth in the state to achieve this placement.

The award ceremony was held on 6 December at the Federation of Industries of the State of Santa Catarina (Fiesc) in Florianópolis.

“With the aim of bringing better performance analysis to Librelato’s management, we are always strengthening the relationship between employees and managers and reducing the bureaucracy of internal processes,” Martins said.

“Therefore, achieving the highest classification of the Santa Catarina Excellence Award means a great advance for us.

“We are very grateful for the recognition.”

Excellence SC promotes the Santa Catarina Excellence Award as a means of encouraging companies to qualify.

Excellence SC President, Leonardo Costa, said the recognition is one of the main strategies to improve the competitiveness of organisations and the quality of life for Santa Catarina residents.

“For Librelato to be a winner means that it is, mainly, generating consistent and sustainable results,” he said.

“This is certainly a great gain for Librelato and for everyone else involved, such as suppliers and society as a whole.

“After all, everyone benefits when an organisation applies world-class concepts.”

In other news, Librelato has unveiled a new system that allows loads of various commodities and heights to be tied down with ease in curtainsiders.