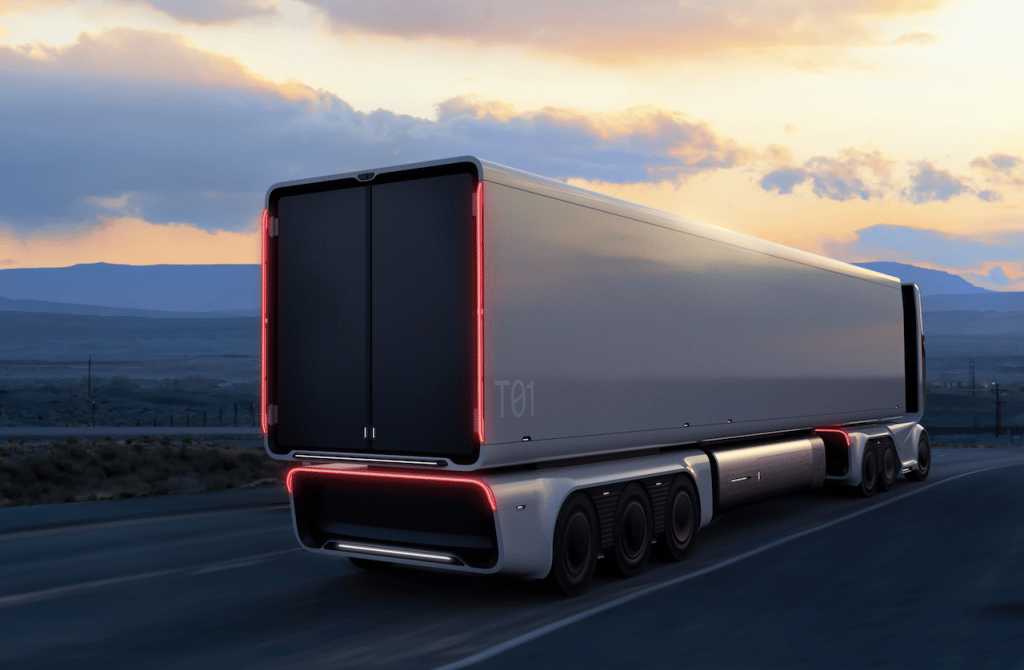 Freight mobility technology company, Einride, has secured $500 million in financing, including both a Series C equity raise and a debt facility.

The debt financing, which is the largest asset-backed facility to date for heavy duty electric vehicles, will provide transformative funding for Einride’s fleet of electric vehicles across the world. The Series C provides a next step in the funding of new developments and deployments across Einride’s autonomous and digital offerings, as well as expanding Einride’s offerings to new markets and clients.

“The time is now to act on not only developing but accelerating the implementation of technology that will create a cleaner, safer and more efficient way to move goods,” said Einride founder and CEO, Robert Falck.

“We’ve created the Einride ecosystem to provide the most resilient and future-proof approach to electrifying freight today.

“With the support from our investors and shared belief in this mission, we’ll continue to drive disruptive change to global freight at scale.”

The $300 million in debt financing, which includes an initial facility roll out of $150 million starting in January 2023, signed with Barclays Europe, ensures long term funding for Einride’s current and future electric, heavy-duty vehicle fleets. The capacity of these vehicles is utilised by Einride’s clients as part of the overall Einride freight ecosystem offering. The multi-jurisdictional, multi-currency facility supports Einride’s global fleet across the US and Europe, including other future planned expansions.

“This landmark debt facility represents a key milestone in the financing of heavy-duty electric vehicles,” said Gordon Beck, Director of Securitised Products Solutions at Barclays. “The innovative asset-backed structure complements Einride’s unique ecosystem offering and is a continued demonstration of how Barclays is using our financial and capital markets expertise to support clients in driving the transition to net-zero.”

In the past 12 months, the company has announced expansions into several European countries — Germany, Belgium, Netherlands, Luxembourg and Norway — as well as deployed operations for numerous new clients including Electrolux, GE Appliances, a Haier company, and Bridgestone. Early 2023, brewer, AB InBev, will partner with Einride to take the lead in the at-scale deployment of heavy duty electric transport on Belgian soil. The first phase will kick off the full deployment of Einride’s ecosystem which includes its freight mobility platform, six connected electric Einride Trucks, and the development, installation, and building of the charging infrastructure. The trucks will be deployed in the Leuven and Brussels areas and support the company’s ambition to achieve net zero across its supply chain by 2040.

“We only invest in non-diesel transport and are going for zero in our emissions,” said AB InBev Logistics Director Benelux and France, Philippe Seminck.

“As we are starting the broad deployment of electric vehicles for city deliveries next year, the partnership with Einride for electric heavy duty transportation on the middle mile is the next step in our green logistics strategy. If the environment we operate in becomes greener, the ingredients for our beer will benefit.” Einride successfully completed a public road pilot of Einride’s autonomous, electric vehicle, in Selmer, Tennessee. After receiving the first US approval for operations of this new type of vehicle from the National Highway Traffic Safety Administration (NHTSA) earlier this year, Einride completed this industry first by operating a fully autonomous, electric vehicle without a safety driver on board on US public roads. The pilot, in partnership with GE Appliances, a Haier company, took place over the duration of two weeks as the vehicle supported real-time workflows and transported finished goods from GE Appliances’ facilities.

“The completion of this pilot is a momentous step in the operations of autonomous heavy duty road freight in the US,” said Falck.

“This shows how Einride’s new type of vehicle, one that has reshaped the future of shipping, is here today and unlocking real industry change.”

Working in close partnership with state and county officials and GE Appliances staff, the Einride autonomous vehicle conducted the safe movement of goods between GE Appliances’ manufacturing facility and warehouse. Einride also partnered with Ericsson, who provided a private connectivity network for seamless vehicle functionality and to enable a Remote Operator to remotely monitor the vehicle. GE Appliances’ Selmer, TN facility was chosen as the pilot launch site due to the nature of the environment for safe testing of operations while meeting the real demand for movement of goods.

“In order to lead, you have to think ahead and think differently,” said Harry Chase, Senior Director of Central Materials for GE Appliances. “Working with Einride on this pilot on public roads in Tennessee helped us better envision and understand what we need to do differently to be at the forefront of autonomous and EV implementation. At GE Appliances, we believe you need to continuously experiment with new technology in order to learn.”

Einride operates one of the largest fleets of electric vehicles in Europe and the US, with the partnership with GE Appliances deploying both autonomous and electric vehicles starting in October 2021. Since then, GE Appliances has doubled its connected electric fleet of Einride Trucks and is leveraging Einride’s intelligent freight mobility platform, Einride Saga, to reduce emissions throughout its supply chains. Next year Einride aim to deliver an electric and intelligent trailer.

It is designed for seamless integration with electric and autonomous prime movers allowing for fossil-free range of up to 650km.

On-demand battery power will reportedly enabled maximised uptime as the vehicle will be ready to go in about 30 minutes.

While electrification, sustainability and digitalisation were prominent themes of this year’s IAA Transportation event in Hanover, Germany, we are finally seeing practical solutions not only emerge but finally integrate into real-world applications.