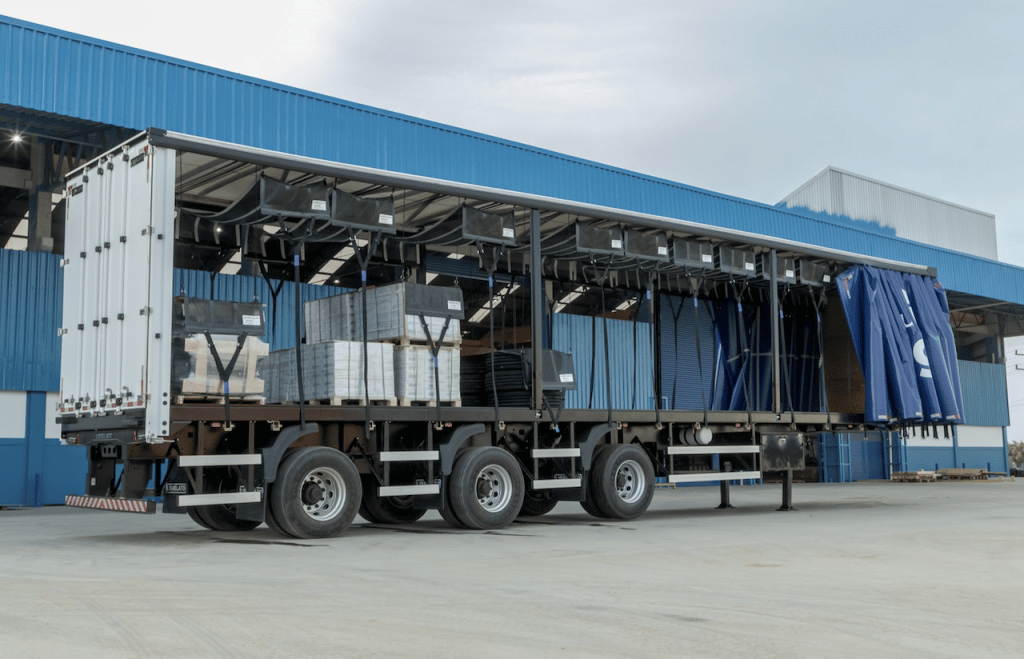 Brazil-based OEM, Librelato, has unveiled a new system that allows loads of various commodities and heights to be tied down with ease in curtainsiders.

The Amarra Fácil System can be used to lash any type of load including, beverages, boxes and other palletised loads.

It features an array of nets suspended with elastic cords which are attached to the roof of the canvas van. This system is reported to have ideal dimensions to cover the load from one side of the implement to the other, also considering the width of the pallet.

“It works like this: Each net fixes two pallets placed side by side, without the need to throw the straps over the load or the operator to climb on the implement,” said Librelato. “In this way, the entire operation can be done from ground level.”

In addition to being easy to install the main benefits of this system include versatility, agility in transport and improved safety for operators.

In other news, GEES SA is taking delivery of a bulk road train combination order from Librelato.