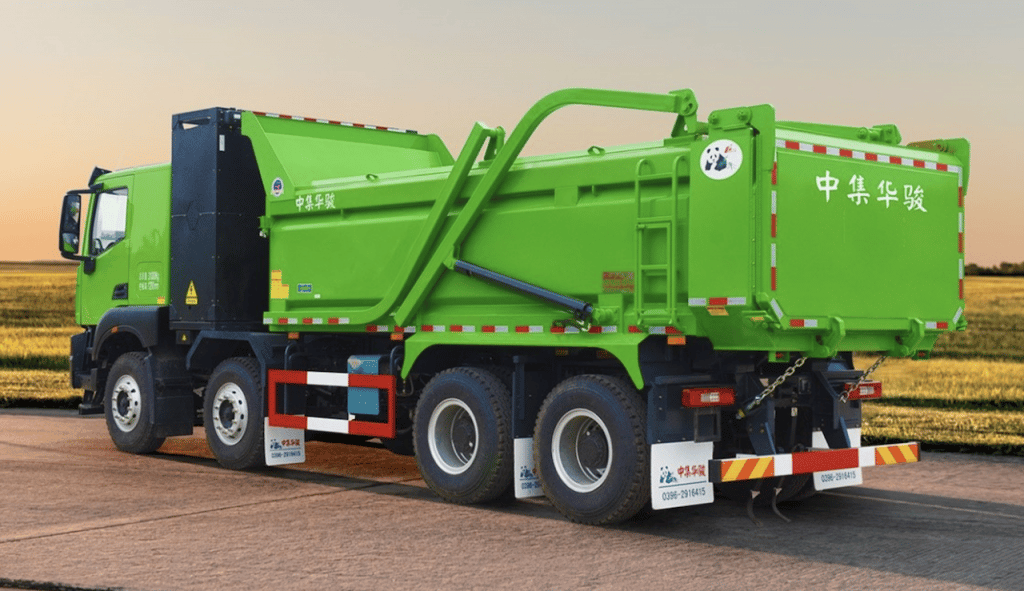 CIMC Vehicles Group reportedly sold 112,039 units or sets of various types of vehicles around the world. Revenue from overseas markets amounted to 9,334.3 million RMB (approx. €‎1.3 billion), up a staggering 81.4 per cent year-on-year.

“As the Chinese Government steadily carried out work for economic and social development and continuously implemented a package of policies to stabilise the economy, demand in the domestic logistics market recovered,” CIMC said in a statement.

:On the other hand, the global economy was at risk of recession due to factors such as global geopolitical conflicts, the Federal Reserve’s interest rate hikes, high inflation, fluctuations in commodity price and the energy crisis. Opportunities and challenges coexist in overseas markets.

“Champion Tanker Business Group accelerated its arrangement for the integration of products and business. North American business continued to grow rapidly in the first half of the year and its gross profit margin further grew quarter-on-quarter. The performance of European Business’s revenue was solid.

“For Light Tower Pioneer Business, as the demand for logistics in China recovered, the Business actively promoted the arrangement of ‘Light Tower Manufacturing Network’ and the implementation of Light Tower Production and Light Tower Sourcing, thus fully releasing the production capacity of “Light Tower” Plants.

“According to the statistics of China Association of Automobile Manufacturers, in 2021, the market share of semi-trailers of CIMC Vehicles in China reached 12.1 per cent and continuously increased, and the Group ranked first in China for a consecutive three years.”

CIMC confirmed there was strong demand in the North American semi-trailer market. This segment for the OEM, between January to September 2022, achieved rapid growth in operation and business, with an increase in the sales and prices of three major products – a significant boost of 130.2 per cent in revenue, a 4.8-percentage-point rise in the gross profit margin as well as a significant improvement in profitability.

European business from January to September 2022 grew against headwinds with a steady rise of 17.3 per cent in revenue.

Regarding Champion Tanker Business Group, the sales of China’s heavy trucks reached 5,200 units in September 2022, representing a month-on-month increase of 13 per cent. The year-on-year decline in China’s heavy truck sales in the second half of 2022 is expected to narrow significantly. In the first three quarters of 2022, CIMC Vehicles actively developed new energy pure electric cement mixer trucks, and the sales of new energy cement mixer trucks increased significantly by 100 per cent year-on-year.

TB Business Group focused on strategic customers and made efforts in the new energy area, launching products including bodies for TB KG hydrogen energy refrigerated trucks. From January to September 2022, the sales of new energy products of TB Business Group increased by 100 per cent.

The domestic market of specialty vehicles, in Q4 2022, has been recovering due to investment in infrastructure construction, economic growth policies and decreases in truck tolls on China’s roads.

CIMC Vehicles said it will seek opportunities and breakthroughs in segmented product markets, continue to expand the joint development and marketing of new energy specialty vehicles with prime mover manufacturers, seize the opportunities from the development of new energy, so as to increase its market share as well as consolidate and expand its competitive advantages.

The European market is facing the challenges of the energy crisis. High energy prices lead to an increase in production costs, and these may have an impact on the stability of the European industrial system. With the advantage of intercontinental operation, the Group will actively cope with the energy and supply chain crisis, so as to achieve high quality and stable production and delivery.

At present, there is an active transformation of the manufacturing industry of China in terms of digitalisation, carbon reduction through more sustainable practices.

Looking ahead, CIMC Vehicles will continuously make arrangements in new energy, make full use of the ‘Light Tower Manufacturing Network’, and continuously build the Sophisticated Manufacturing System, so as to promote high quality development.

Meanwhile, the world’s largest and most prolific trailer manufacturer sheds some light on what heavy haulage looks like in China.