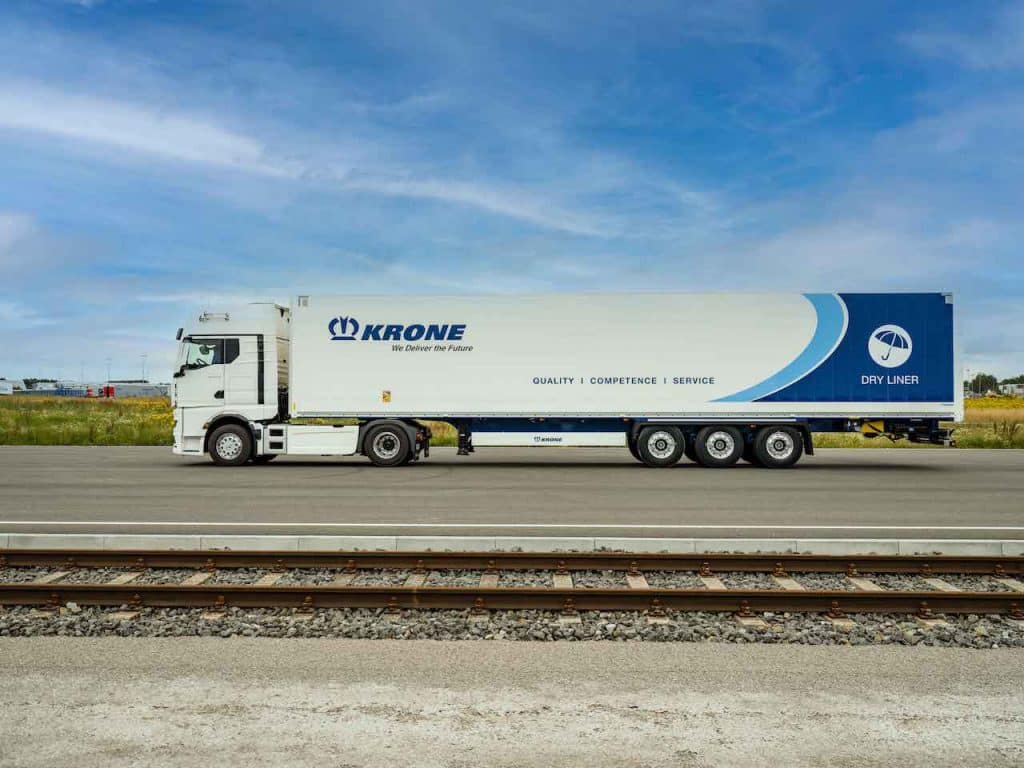 German OEM, Krone, presented the Dry Liner STG with all available safety options at the IAA Transportation event in Hanover, Germany this year, which has attracted great interest in the international transport industry.

The unit is equipped with an air-suspended axle unit with a self-steering axle to allow safe and agile manoeuvring at all times, even in confined conditions. In addition, a reversing camera facilitates the driver’s work.

To increase passive safety as well, the Dry Liner is equipped with LED side marker lights which also take over the flashing function of the direction indicator.

Another safety feature included is the Krone Smart Tyre Pressure Monitoring System (TPMS), which determines the pressures and temperatures of the tyres and transmits them to the Krone Smart Collect telematics unit so that the data can be visualised in the truck’s cab and in the Krone Telematics Portal.

The Dry Liner also offers numerous practical details which is demonstrated, among other aspects, by the chassis being based on a universal modular system and the design as an optimised welded assembly with a robust bulkhead connection.

For increased stability against collision damage, the chassis is equipped with a raised front rail as standard, and the rear lights are mounted on the diagonally reinforced, ramp-compatible rear with protection.

According to Krone, a varied daily transport routine requires a multi-talent like the Dry Liner. Whether for transporting textiles, valuable electronics, paints, parcels or furniture, Krone serves all these requirements by dry freight semi-trailers in four basic models with different side wall types, which include:

The Dry Liner STG is available in various different lengths. In addition to the standard length of 13.6m, there is also a long truck version with a length of 15m and a 11m version for city logistics which can be equipped with forced steering.

The current generation of Krone Dry Liners is produced in Krone’s Europe plant, which was modernised in 2020 with a €11.3 million investment.

In other news, Krone has unveiled a suite of telematics technologies for easy and transparent data management.