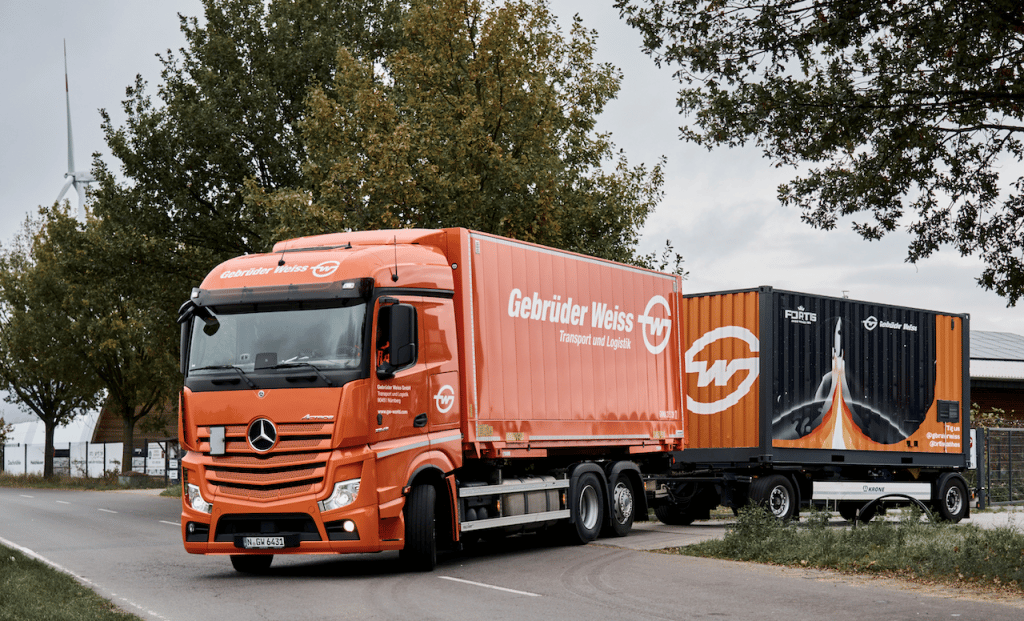 Preparations are reported to be well underway for the corporation’s 15th space mission.

On 4 November 2022, the Gebrüder Weiss container left Berlin for Sweden. During a short stopover in Stockholm, research equipment was loaded and is expected to be transported to Kiruna, Sweden.

Gebrüder Weiss is supporting the ‘SubOrbital Express’ mission with its logistical expertise, having already demonstrated last year its transport capabilities in Israel during the simulation of a mission by astronauts to Mars.

The SubOrbital Express mission involves sending 12 scientific experiments with a rocket into space to study their behaviour in a weightless environment. The tests onboard have been provided by international research teams covering the fields of biomedicine, physics, astronomy and biology. The purpose of this mission is to gain insights relevant for research work and the work of astronauts in space.

Earlier this year, Gebrüder Weiss announced it was expanding the number of transport links it has on the New Silk Road to transport goods between Europe, Turkey and China.