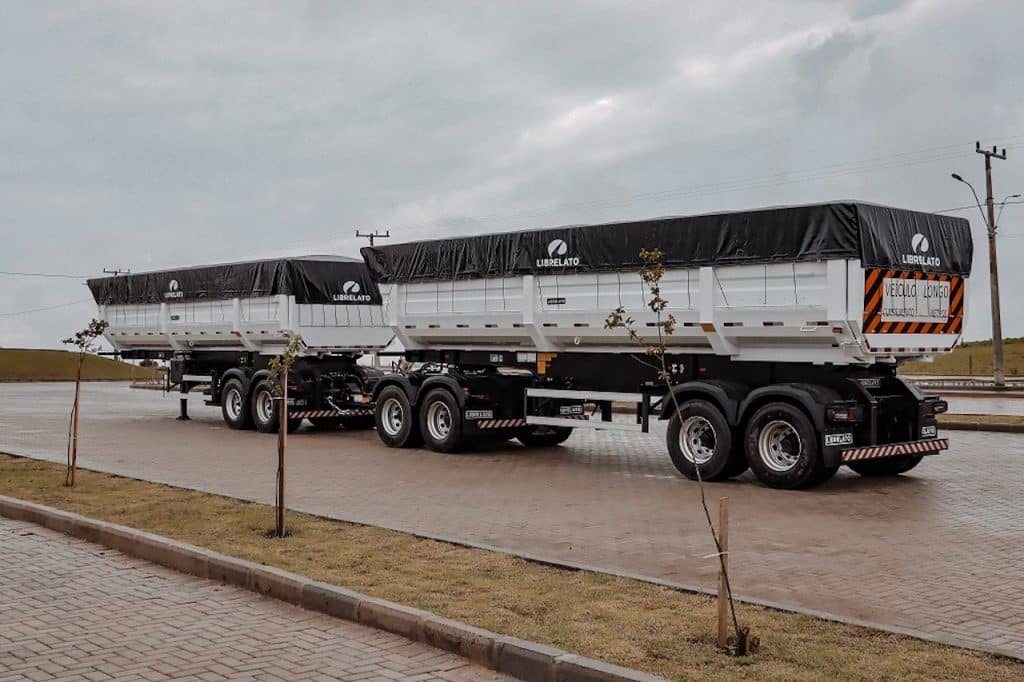 Formerly known as RISA S/A, GEES SA operates in the production of grains and supply of fertilisers, pesticides and agricultural machinery, as well as in the provision of grain storage and transport services.

According to Librelato, GEES SA is the largest tipper operator in Brazil and as a result is now diversifying its fleet with the Librelato Evolut Tipper Rodotrem.

These road trains will be used mainly in grain logistics operations via Porto do Itaqui, which is located in São Luís, Maranhão.

Its configurations were customised according to GEES SA’s needs, which includes a mechanised canvas system that provides drivers with more comfort, safety and agility in operations.

GEES SA Maintenance Manager, Daniel Gorgen, said the company’s relationship of trust and friendship is so strong that Librelato makes up 99 per cent of its fleet.

“We have a long-standing partnership with Librelato, which gets stronger every year, especially because it listens to its customers’ requests and seeks to serve them in the best possible way, in addition to always improving its products,” he said.

“It has evolved over the previous generation, resulting in a payload increase of up to 400 kilograms.

“This product is also very popular because it helps to avoid waste during transport, such as the loss of grains. All this results in better cost-benefit for the customer.”

Delivery of the 222 road trains is expected to commence from this month.

In other news, US-based transport and logistics operator, Werner Enterprises, has reported its financial results for the third quarter.