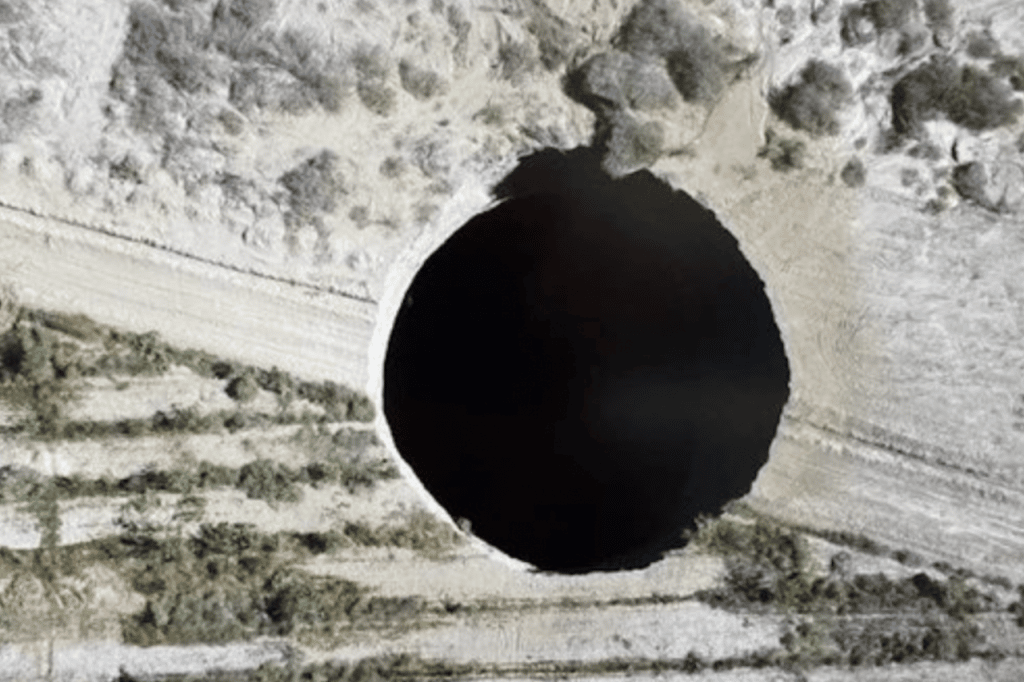 Upon detection, according to the mining company, the area was immediately isolated and the relevant regulatory authorities notified. There has been no impact to personnel, equipment or infrastructure.

“Minera Ojos del Salado is conducting a technical analysis and gathering information to determine the cause of the event.

“The Alcaparrosa mine, which is part of the Minera Ojos del Salado operations, is continuously monitored and no movement has been detected related to the surficial sinkhole.

“As a preventive measure, development work in an area of the Alcaparrosa underground mine has been temporarily suspended though is not expected to impact annual guidance for the Candelaria Copper Mining Complex. The Alcaparrosa mine contributes approximately 5.0 per cent to the overall ore processed annually by the Candelaria Copper Mining Complex.”

Lundin Mining is a diversified Canadian base metals mining company with operations and projects in Argentina, Brazil, Chile, Portugal, Sweden and the United States of America, primarily producing copper, zinc, gold and nickel.

Read our market report: The modern world depends on the Republic of Chile for the copper it produces as well as the leadership it has shown in manufacturing, emissions standards and electromobilty.