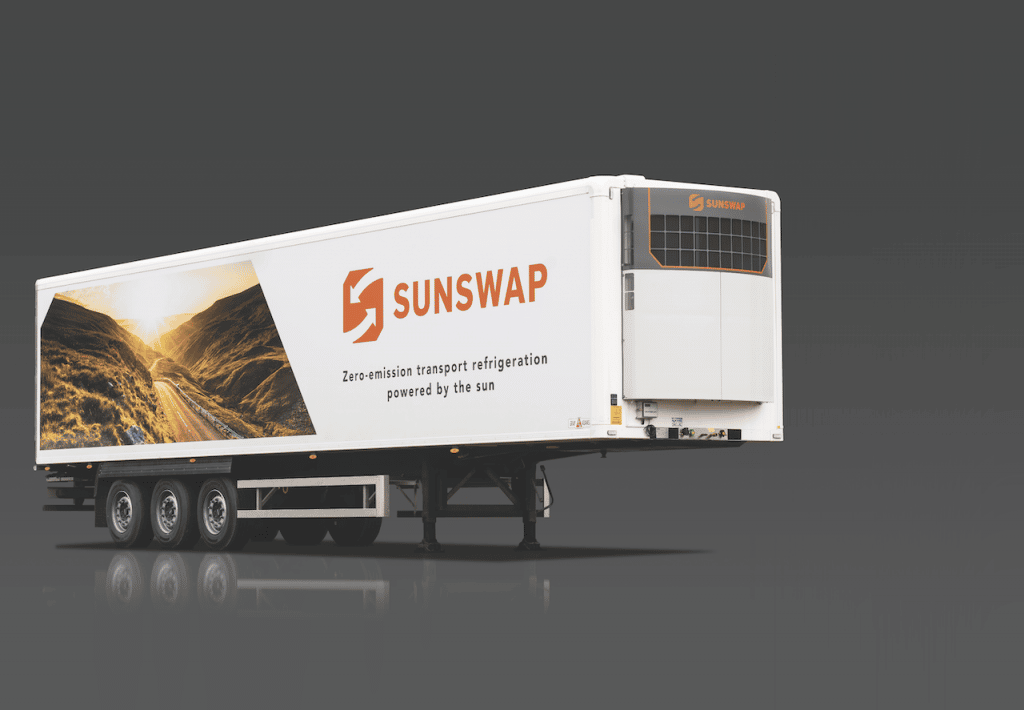 Gray & Adams is a long-established business with 750 employees, based out of a head office and main production facility in Fraserburgh, Aberdeenshire and has operational sites across the UK and Northern Ireland. As a business, Gray & Adams has been renowned for championing innovation the cold chain industry, an example being the partnership with Carrier Transicold that brought the first autonomous, fully electric trailer, to UK roads in 2021.

When looking at new technology within the industry, we must understand what drives certain trends to make viable business cases for these changes to industry standards to take place. More often than not, they can be customer led but often legislation is what drives innovation.

Group Engineering Manager at Gray & Adams, Ian Smith is involved in these discussions within Gray & Adams and his expertise allows innovative ideas and futuristic proposals to be fully considered before a trailer moves into production.

“Environment and sustainability is a huge driver to innovation in the temperature-controlled vehicle market,” Ian says. “Gray & Adams understand that not only is it important to the customers to reduce their environmental impact, but multiple industries across the globe are being encouraged to do the same through government legislation and that is one of the key drivers that pushes us as engineering professionals to innovate.”

While the environmental topic of conversation is not exactly recent news, Ian’s expertise offers insights on whether marrying up ‘green’ technology and efficient outputs can be as successful as the tried and tested methods such as diesel engines and single deck trailers.

“Gray & Adams have considered the environmental impact that the transportation and logistics industry has had for a long time,” he says. “It was something we discussed back in the late 1990s when the first double deck trailers were designed by us and released to the market in the UK – the driver behind this was to reduce journeys, thus enhancing efficiency for businesses and reducing C02 emissions.

“However, we always advise the customers about the pros and cons of utilising different technologies within their fleet, as whilst certain innovations may provide significant environmental benefits, they may provide downsides that have not been considered.

“Solar panels on the roof of trailers is something that is becoming more common, this is perfectly viable to be built into your G&A trailer, however we ask the customer to consider what would happen if one of the panels were to stop working? If a change of panel or repair was required, this could damage the build integrity of the trailer and increase downtime when you want to be maximising time on the road. If this is something a customer is considering, we would advise the best solution is to over subscribe on the panels to the power needed, then if something goes wrong, you can be kept moving.”

With this advice in mind, some operators choose to consider the overall vehicle weight when ruminating over their next fleet upgrade.

To this argument, Ian says: “Some of my industry peers believe lighter to be better, however, I would challenge this with the proven success of the double deck trailers. That is a large trailer, and bigger was better in this case, as journey numbers and operational costs could be significantly reduced. There is also the issue with lighter bodied vehicles not being quite as robust – if you frequently have to upgrade your fleet, think about the impact that would have not only financially but also environmentally. A robust build, even if the body weight is higher is my recommendation when considering all the variables – if efficiency in operations and environmental outputs is the objective.”

Lastly, Ian shares his thoughts on traditional versus alternative fuel usage in the industry.

“As a business, Gray & Adams has championed bringing fully electric refrigerated transport to the industry with the release of the Vector eCool, in partnership with Carrier Transicold, last year,” he says. “However, the buck doesn’t stop with having a fully electric fleet and then claiming carbon neutrality throughout your business. When we talk about carbon in the industry, I want to stress that we are speaking about it in the terms of tailpipe emissions and not the cradle to grave of a trailer lifecycle. There is still much to be done in terms of finding a suitable way to recycle batteries before any very bold claims from an organisation can be made. Traditional combustion engines that use fuel such as diesel have had longer periods to mature, so we know how to recycle all the components at the end of life. However, in the industry we are aware that other factors such as the red diesel tax and increasing prices move our focus further away from this method.”

Ian works with the sales team at Gray & Adams to ensure that from an engineering perspective, customers are continuously informed on the pros and cons of each bespoke component they choose for their fleet, getting the best for their operations with the purchase.

Ian adds: “It’s one of the reasons that we have such great customer loyalty at Gray & Adams, not only do we put innovation at the heart of everything we do, but trust and integrity is also there. If we don’t think something is the right route, we’ll discuss and advise rather than getting the sale through as quickly as possible. Our culture is one of the reasons we have been so successful for the last 65 years.”