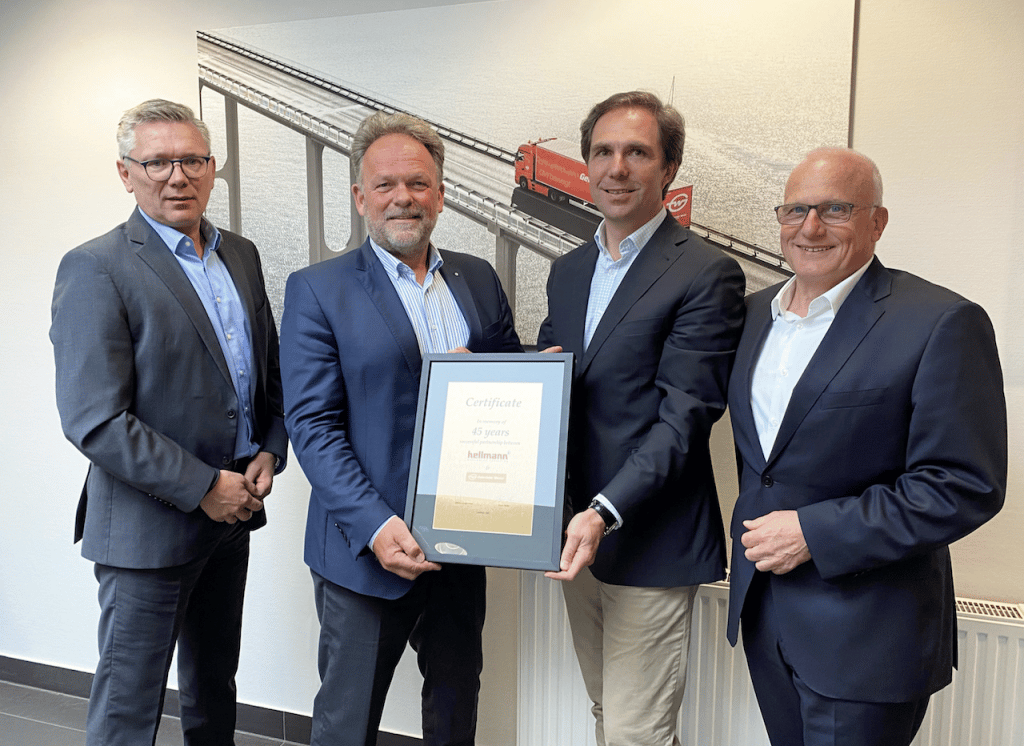 Two European logistics firms have reflected on 45 years of business together.

Representatives from Austria-based company, Gebrüder Weiss, and Germany’s Hellmann Worldwide Logistics recently met in Vienna to reflect on their achievements.

“What unites us in our long-standing partnership with Hellmann is our commitment to high quality and the desire to create added value for the customer with our combination of expertise,” said Gebrüder Weiss CEO, Wolfram Senger-Weiss.

“The fact that our partnership with Gebrüder Weiss has developed so successfully over 45 years is thanks in no small way to the employees of both companies, who have shaped this cooperation at various levels through the trust they have in each other’s work,” said Hellmann Worldwide Logistics CEO, Reiner Heiken.

Both companies, together, provide a solid road transport service across Europe. While the cooperation involves Gebrüder Weiss covering Austria, Switzerland, Southern Germany and most of South-Eastern Europe with its own locations, Hellmann serves customers in Central and Northern Germany, Poland, Spain, the UK, Turkey, as well as the Baltic and other Eastern European states.

Back in 1977, when borders within Europe were still quite impermeable, the partners initially worked together on customs clearance matters at their branches. This marked the beginning of a collaboration that gradually developed into an even closer one over decades to come. In 2005, they founded System Alliance Europe (SAE), a cooperation of leading medium-sized freight forwarding companies. In 2008, the two companies extended their partnership to Germany as well as numerous Central and Eastern European countries. Ever since, customers have had access to daily transport connections between these regions.

In other news, Hellmann smashes its annual revenue record with €4B.