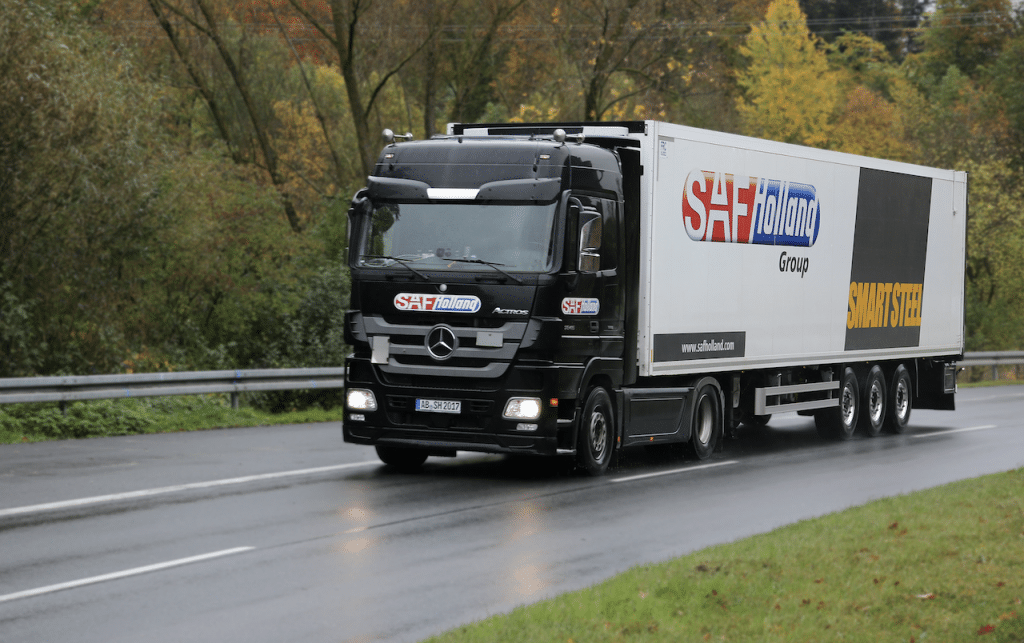 “Demand for our axle and suspension systems as well as fifth wheels was very strong in all three regions in Q1 2022 and is reflected in new record sales of €370 million,” he said.

“I am satisfied overall with the adjusted EBIT margin of 6.4 per cent against the backdrop of cost headwind in steel, energy and logistics.

“For the rest of the year, I expect demand for our products to remain stable despite the gloomy economic conditions. Based on the price adjustments already implemented and negotiated with customers due to the high steel, freight and energy costs, I expect a gradual improvement in our EBIT margin over the course of the year. Accordingly, we have raised the sales forecast for the full year 2022 and specified the EBIT margin guidance.”

According to SAF-Holland, high steel prices as well as high freight and energy costs had a strong impact on the cost of sales ratios across all regions, while the share of administrative and research and development costs declined significantly.

In the EMEA region, Q1 sales improved by 23.9 per cent to €208.5 million, due to the strong trailer OE business. Sales growth of 24.5 per cent to €209.5 million was also recorded, while the company had an adjusted EBIT margin of 4.9 per cent due to additional costs.

Cost increases for steel and higher freight and energy costs also had a negative impact on the cost of sales, which lead to adjusted EBIT margin of 7.8 per cent to €9.9 million.

The company’s APAC region generated sales of €34.2 million, with sales increasing by 22.7 per cent year-on-year to €33.3 million. Their adjusted EBIT margin was 10.1 per cent, with a 1.4 per cent margin the year prior.