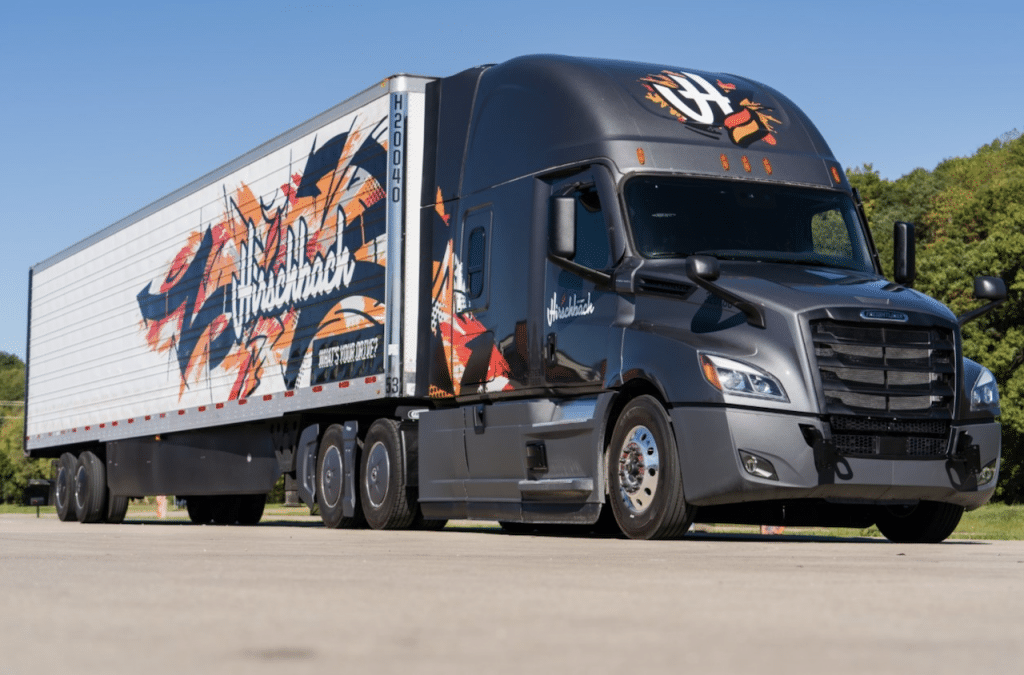 A US-based carrier has completed the takeover of a refrigeration specialist.

Hirschbach Motor Lines announced in February that it would be acquiring John Christner Trucking (JCT).

“Today [2 May 2022] officially brings together these two great originations that complement each other perfectly – like putting two puzzle pieces together,” said Brad Pinchuk, CEO and Owner of Hirschbach. “The combination of Hirschbach and JCT will provide our customers a breadth of nationwide cold supply chain transportation services.”

“It’s an honour to be entrusted by the Christner family with this amazing company they built,” said Pinchuk.

John Christner started his career as a driver, hauling produce from the west and chicken from the east. In 1986, he started JCT with two trucks, hauling the same freight he handled as a driver. Soon after, he recruited his two sons – Darryl & Danny Christner – into the business.

“Together, they built one of the nation’s largest (seventh largest refrigerated trucking company) and most respected brands in our industry.”

“Both organisations have closely aligned cultures that are driver-centric and focused on delivering best in class service to our customers,” said Pinchuk.

The acquisition of JCT will propel Hirschbach to one of the nation’s largest refrigerated carriers with a revenue exceeding $1 billion USD. The organisation will now operate over 3,000 trucks and 5,000 trailers, along with a $150 million USD integrated logistics offering.

“We are excited to celebrate the completion and officially welcome the JCT team to the Hirschbach family,” said Pinchuk.