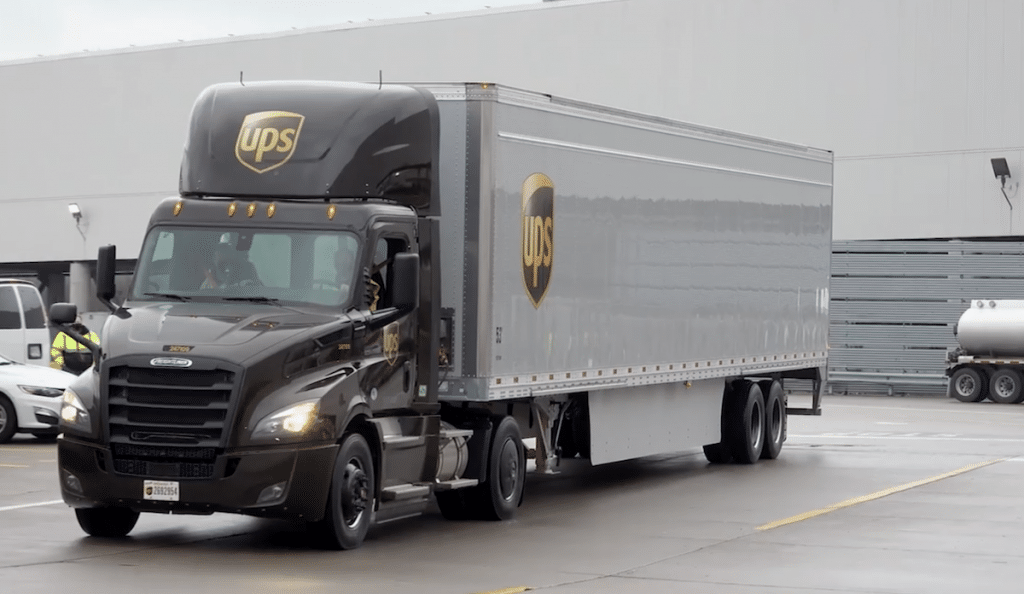 Consolidated operating profit was $3.3 billion USD, up 17.6 per cent compared to the first quarter of 2021, and up 12.1 per cent on an adjusted basis.

For the first quarter of 2022, GAAP results include a net charge of $19 million USD, or $0.02 per diluted share, comprised of after-tax transformation and other charges of $43 million USD offset by an after-tax gain of $24 million USD resulting from the curtailment of benefits in a Canadian retirement plan.

“I want to thank all UPSers for their outstanding efforts during a challenging first quarter to serve the needs of our customers,” said UPS CEO, Carol Tomé.

“The agility of our network and the continued execution of our strategy delivered another quarter of strong financial performance, putting us on our way to achieving our 2022 consolidated financial targets.”

In the US domestic segment, UPS reported $15,124 million USD in revenue which grew 8.0 per cent, driven by a 9.5 per cent increase in revenue per piece. The operating margin was 11 per cent.

Meanwhile, the international segment accounted for a revenue of $4,875 million USD and operating profit of $1,116 million USD. Revenue increased by 5.8 per cent, driven by a 10.5 per cent increase in revenue per piece. The operating margin was 22.9 per cent.

As for UPS’ supply chain solutions, this segment reported revenue of $4,378 million USD and an operating profit of $473 million USD. Revenue increased by 2.0 per cent, while the operating margin was 10.8 per cent.