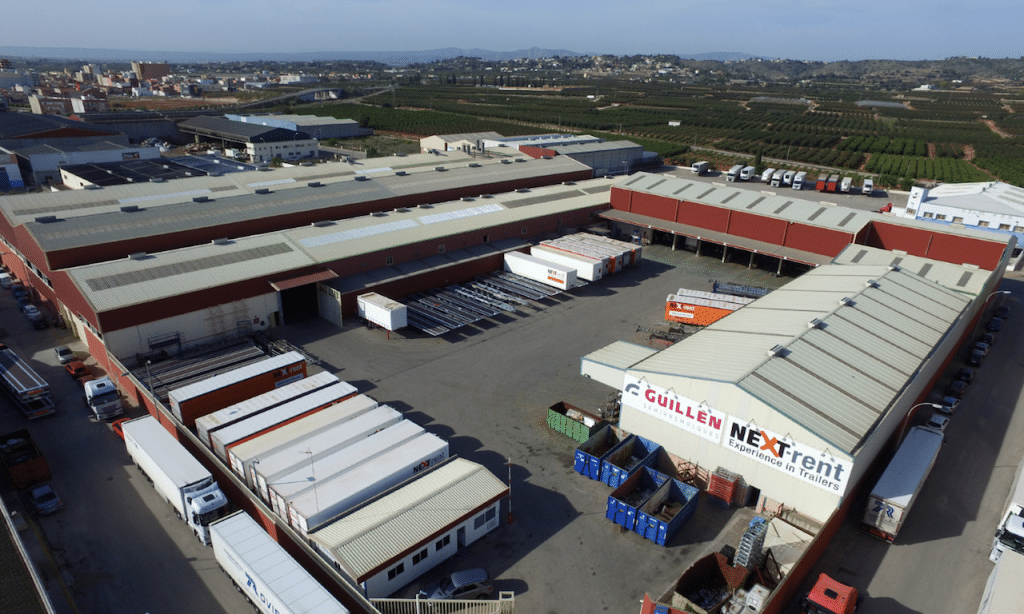 The Wielton Group has announced a majority share takeover of a Spain-based trailer manufacturer.

Wielton purchased 80 per cent of the shares of Guillén Desarrollos Industriales SL for €4.6 million.

Acquisition of the remaining 20 per cent of the shares is planned for 2026 as part of an earn-out model in which the price will be based on EBITDA profit generated in 2025.

The potential production output of the acquired business is estimated to be about 14,000 units per year as well as access to the Portugese market of approx. 2,500 units per year.

In addition to synergies in production and sales, the location of the Guillén plant also helps to optimise the costs of transporting the Group’s products to southern France and northern African countries.

This deal also deepens cooperation with TIP Trailer Services which will be responsbile for the sale of Guillén products after the acquisition of NEXT Rent which was previously part of the Guillén Group.

“Spain is a large and interesting market that we have been watching for a long time and thoroughly analysed,” said Wielton Group Chairman, Paweł Szataniak.

“By taking over the well-automated and robotic plant of Guillén with spare production capacity, we open up the possibility of rapid growth on the Spanish and Portuguese markets.

“We gain an additional production and assembly platform, located in the vicinity of important markets – southern France and northern Africa. This acquisition is fully in line with the ongoing and planned development path of the Wielton Group. I am sure that Guillén under the Wielton Group will be able to fully use its development potential.” Guillén, according to Jose Luis Guillén, CEO of the Guillén Group, is the sixth manufacturer of semi-trailers and trailers in Spain, dating back to 1895.

“The company specialises in the production of curtain, box and container trailers and has a technologically advanced and well-automated production facility located in the Valencia-Zaragoza-Barcelona production triangle, on the highway connecting Spain and France.

“Guillén’s expected revenues at the end of 2021 will be more than €16 million, with sales of around 627 units. The company’s production base and adjacent areas allow for a significant increase in the scale of production in the coming years. The Spanish manufacturer has over 19 thousand. m2 of production, warehouse and office space. Guillén currently employs 89 people.”

“This allows for increasing the potential of individual companies and strengthening the market position of the Wielton Group, while maintaining the unique character of each of the Group’s brands,” he said.

“The adopted strategy will be followed in the case of Guillén, which, after joining the Wielton Group, will continue its operations under the current name. Jose Luis Guillén, the current co-owner and CEO of the Guillén Group, will be responsible for carrying out the integration.

“Respecting the vast experience and professionalism of Jose Luis Guillén and his contribution to the development of the entire Guillén Group, we entrust him with the responsibility for carrying out the integration process and continuing the management of the company. I am convinced that this will allow for a smooth inclusion of Guillén in the Wielton Group and the effective use of possible synergy effects. The acquisition also extends the scope of cooperation with TIP, one of the world’s largest players in the truck rental and servicing market, which will be responsible for selling Guillén products following the acquisition of NEXT Rent. We see this as an interesting opportunity to expand our current distribution channels.”

The purchase of the Guillén company is in line with the current path of the Group’s development through acquisitions, following the previous acquisitions of the Italian brand Viberti (2015), the French market leader – Fruehauf (2015), the German company Langendorf (2017) and the UK-based Lawrence David (2018).

The combination of organic growth and development through acquisitions allows the Group to systematically expand geographically and strengthen the position of one of the leading manufacturers of semi-trailers in Europe.

In other news, the Wielton Group reported a year-on-year revenue boost of more than 48 per cent.