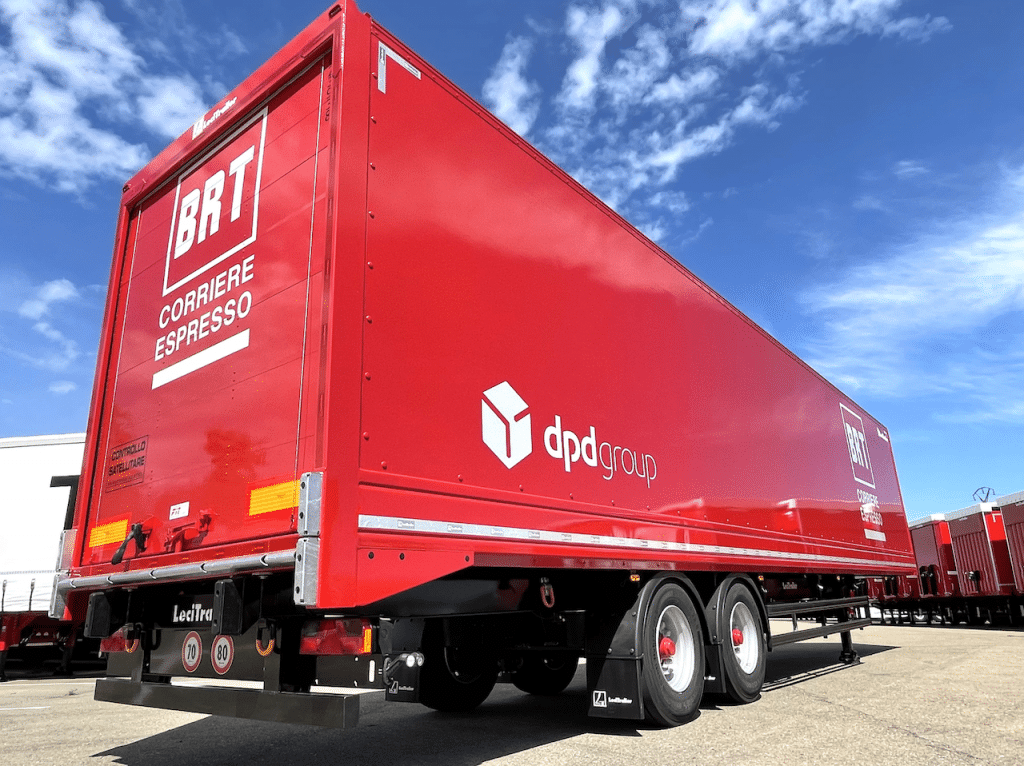 Italian parcel courier, BRT, is taking delivery of 390 vans this year via TIP.

BRT – headquartered in Bologna, and a member of the French Group DPD (Le Poste Group) – has a fleet of 2,000 swap bodies and 1,800 trailers of which 90 per cent are vans and 10 per cent are tarpaulins.

Lecitrailer manufactured the trailers and has previously supplied vehicles for TIP and BRT in different countries.

A key consideration for Lecitrailer securing this deal was through its flexibility and adaptability when it came to delivering a trailer build that was durable in its body and chassis in a timely manner.

The Lecitrailer van model chosen for this operation is a two-axle Monoblock van with a shutter door.

“The van has an insulated roof and reinforcements on the interior side walls, on the headboard and on the front to minimise damage during use,” said Lecitrailer.

“Additionally, like the rest of Lecitrailer vehicles, its chassis has been subjected to the KTL process, cataphoresis, which applies a uniform layer of 50 micron primer to the chassis, superior to that of the rest of the manufacturers on the market, being the best protection against corrosion.”

In other news, earlier this month, TIP announced an acquisition.