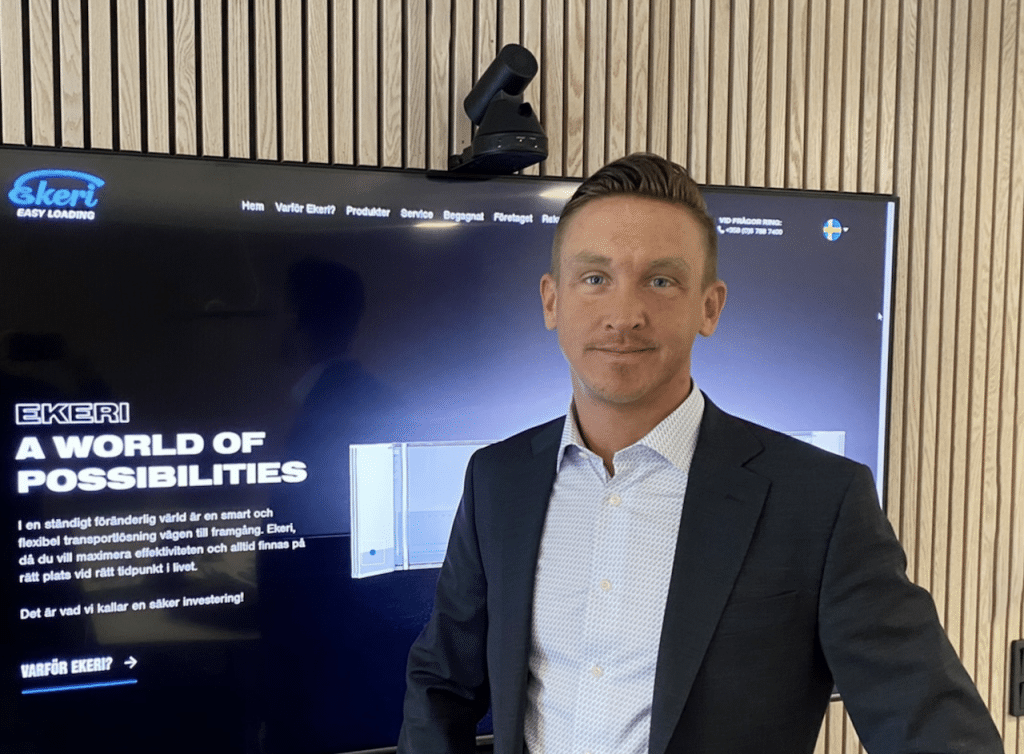 Sweden-based trailer dealer, OF Ekeri, has promoted a former salesman and head of marketing to lead the business.

Fredrick Gripenwarg has accepted his new role as CEO, succeeding Claes Olsson who will continue to work in sales.

The restructuring of the company’s leadership is reported to be a strategic move.

“We have a fantastic product of outstanding quality, and it has influenced our approach to our business,” said Gripenwarg.

“We want to be number one in every field.

“We don’t want to just rely on a good product, and we’re not into doing things half-heartedly.

“Ekeri isn’t some startup company that appeared overnight. Instead, it results from a series of focused long-term investments spanning decades.”

Ekeri has focused on developing its aftersales department to ensure its customers have timely access to spare parts.

The push for fleets to achieve greater sustainability has prompted Ekeri to offer products that are compatible with electric and gas-fuelled heavy vehicles.

Similarly, Gripenwarg noted that environmental awareness and digitalisation are not isolated phenomena but parts of a major transformation of the global transport industry.

“Right now, we can discern a new paradigm shift in the transport industry with all the emerging tech companies,” he said.

“It foreshadows a development with electric trucks, carefully placed hubs for logistics and freight flows meticulously calculated by computers. It’s both geographically viable and strategically important for OF Ekeri to be an active participant in the development.”

Despite changes in consumer habits, namely the rise of e-commerce, Gripenwarg is adamant that companies must find new ways of maintaining a personal connection in a digital landscape. He contends the human experience of what it means to be a living part of a vital transport industry hasn’t lost importance when buying, selling or renting transport vehicles.

“I’ve got mentors in the industry who think there won’t be any salesmen left in the industry in a couple of years,” he said. “But, on the contrary, I believe the salespeople’s role will evolve, and it might even become more important than today.”

OF Ekeri is part of the Ekeri Group which includes Finland-based semi-trailer and truck body manufacturer, Ekeri.

Earlier this year, Ekeri also announced a change in leadership.

Ko-Me-Sa assumed its current company form 2006 but has supplied longerons to Ekeri’s trailers and trailer frames since 1996. The company is based in Kokkola, Finland, and currently has 10 employees. The turnover amounts to approximately two million euros.

The business will carry on as usual in Kokkola, and factory manager Sari Anias will continue to head the operation.This acquisition further strengthens Ekeri’s competitiveness and the integration of our production.