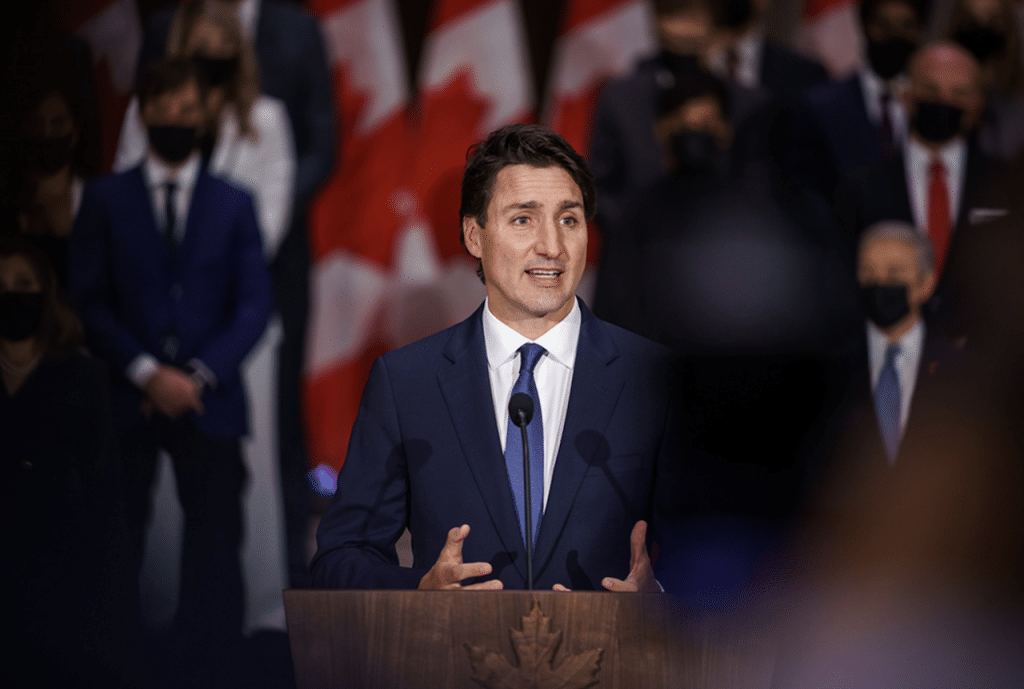 Canada Prime Minister, Justin Trudeau, has invoked emergency powers in response to blockades and occupations across the country.

What started as a Freedom Convoy three weeks ago to protest Covid-19 public health measures and mandates affecting cross-border drivers has now evolved into a movement that at present occupies the city of Ottawa.

Last week, the Mayor of Ottawa declared a state of emergency.

The protest organisers are adamant that they will continue until all mandates are lifted.

Trudeau claims this ongoing protest is a threat to trade, jobs, the economy and communities.

For these reasons, the Prime Minister has invoked emergency powers which enables the government to ban public gatherings in certain locations and remove people and property.

“The Federal Government has invoked the Emergencies Act to supplement provincial and territorial capacity to address the blockades and occupations,” said Trudeau.

The Canadian Trucking Alliance (CTA) has applauded the Government of Canada’s use of the Emergencies Act to help end the blockades and make it very clear what the consequences are for blocking and impeding the movement of goods, people, and services along critical infrastructure (ports of entry) in Canada from a federal perspective.

With the implementation of the Emergencies Act, those consequences will include fines/imprisonment as well as the towing of vehicles off the roads.

CTA will also be clarifying with federal officials regarding other legal consequences/penalties facing those engaged in illegal blockades utilising personal and commercial vehicles.

“These illegal blockades have had a detrimental impact on our members and customers’ businesses,” said CTA President, Stephen Laskowski.

“These blockades have also had a very significant negative impact upon our professional driving community.

“Order must be restored to our borders and critical infrastructure that are being blockaded.”

The City of Ottawa recently advised residents that traffic and some service impacts will continue on 15 February 2022. The downtown core is expected to continue to experience most of the traffic impacts. Residents were also advised to avoid non-essential travel in the area.

He claims the conservative leadership has crumbled and there are four provinces that have started to lift mask mandates on a reasonable timeline.

The next step forward for these protestors, he said, is to consider what their criteria is for satisfaction.

“I’d like to commend all of you for your diligence and work – on accomplishing what you have accomplished under trying conditions – and also for keeping your heads in a way that’s been a model for the entire world,” he said.

“You’ve been able to remain peaceful. You haven’t taken the bait. You haven’t responded with violence to quite remarkable denigration and provocation. That’s a sign of tremendous discipline and care.

“It’s going to get more difficult to maintain as this goes along. So I hope that you’re all able to allow a sufficient victory to be sufficient, to move forward without rancor – to be grateful for the effect that you’ve already had, and the support you’ve received, to move forward to a normative peace and the re-establishment of our country’s economy and our psychological and social wellbeing.”

The International Road Transport Union (IRU) released a statement on 12 February on the subject of freedom convoys, stating it cannot condone any action that blocks the mobility of people and goods.