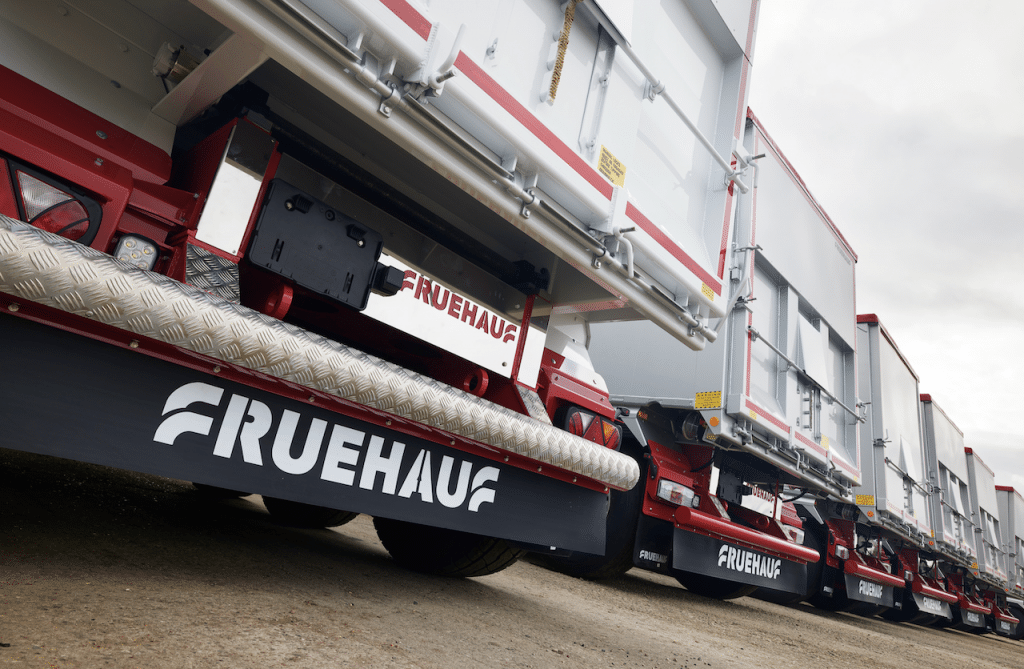 The 67-acre Grantham site has been boosted as a result of a multi-million-pound investment.

“We are already producing 12 units a week and as we start to see the result of the introduction of new build lines and state-of-the-art equipment, we anticipate that number reaching 20 a week before the end of the year,” said MV Commercial Managing Director, Steven Cairns.

“Initially, production at the facility is focused on tipping trailers with several new products scheduled for launch during 2022.

“In parallel with the increase in production the company is growing its workforce, which has seen an additional 30 new staff join the company since October and plans are being finalised for employment to reach 175 before the year end.

“We are especially excited about the synergy between our two companies both in respect of Fruehauf supplying trailers and rigids direct to MV and also about establishing a major MV Commercial sales and service facility on the site.”