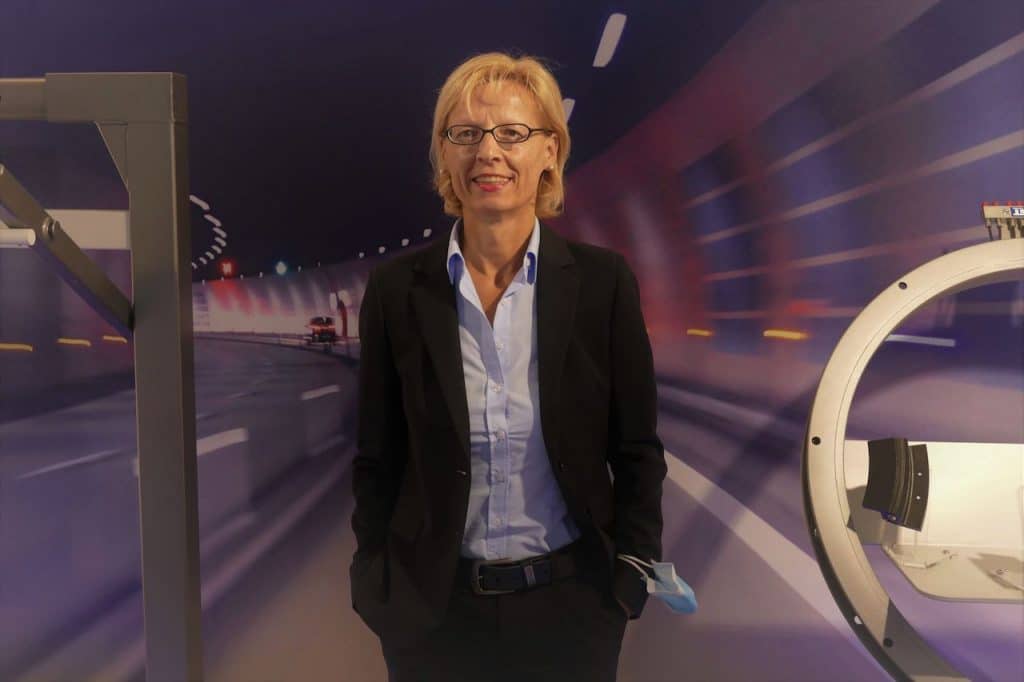 The President of JOST Asia, Waltraud Matzenberger, shares her professional journey and experience as a female leader in a male-dominated industry.

Matzenberger commenced her career in the commercial vehicle industry at German automotive business, Neoplan, where she went from internal sales to management of the Austria branch. She has also worked with truck manufacturers Scania and MAN.

In 2008, Matzenberger joined businesses involved in construction and renewable energy, and by 2015 turned to JOST.

Drawn to JOST, an internationally active enterprise with a non-owner-managed structure, Matzenberger was particularly impressed with CEO Lars Brorsen’s work.

“I noticed that there are personalities working here who act down-to-earth, approach this with great skill, diligence and perseverance, and are proud to have created something great,” she said. “In addition to the technical task as Head of Trailer Europe and the post-merger integration of axle production, these were decisive points, that it is not only the product or the industry in which I find myself, but that I get along with the people. In January 2018, I received an offer from JOST to move to Shanghai as President Asia. As I am responsible in particular for China, India, Far East, Japan and Korea, I deal with very different markets, customers, employees and cultures. At the time, these were also the incentives why I decided to go to Asia as a manager. This also included getting to know and understand the special features of the very different Asian markets, defining and introducing new strategic directions and generating profitable growth for JOST. After more than three years, I haven’t regretted this decision and today I would do it the same way.”

One of Matzenberger’s biggest professional challenges was managing male employees who had previously worked at the same level when she was a relatively young female manager.

“The older I have become, the more this has changed,” she said.

“Another major professional challenge was the decision to go to Asia. On the one hand, the challenge is to generate profitable and healthy growth for JOST here in Asia. On the other hand – the second big challenge – how do I manage to understand and pick up people in these foreign cultures. Before I went to Asia I had an intercultural training and that helped me that I could at least begin to understand how employees and customers think and act. The last major professional challenge so far was and is dealing with Corona. In particular, our production plant in Wuhan was very affected by the eight-week lockdown.”

Matzenberger admits the automotive industry is still a male-dominated world.

“I often experienced this myself at a young age and it wasn’t always easy,” she said. “In my mid-thirties, my experiences had brought me to the point where I had developed my way of dealing with people. Consistency, reliability, actively approaching people, the ability to work in a team and the willingness to go over the red line – you could also say sometimes over the pain threshold – have helped me to find my role in this man’s world.”

To convey important things, Matzenberger recommends thinking about how you want to convey it, stand up and say ‘this is my opinion now’.

“It shouldn’t seem like your opinion is the only correct one but stand by what you say,” she said. “Stay completely authentic – the point is to show what you want to move in the company. Then you will find your way.”

In other news, JOST goes solar and wins an award for its push-button trailer coupling system.