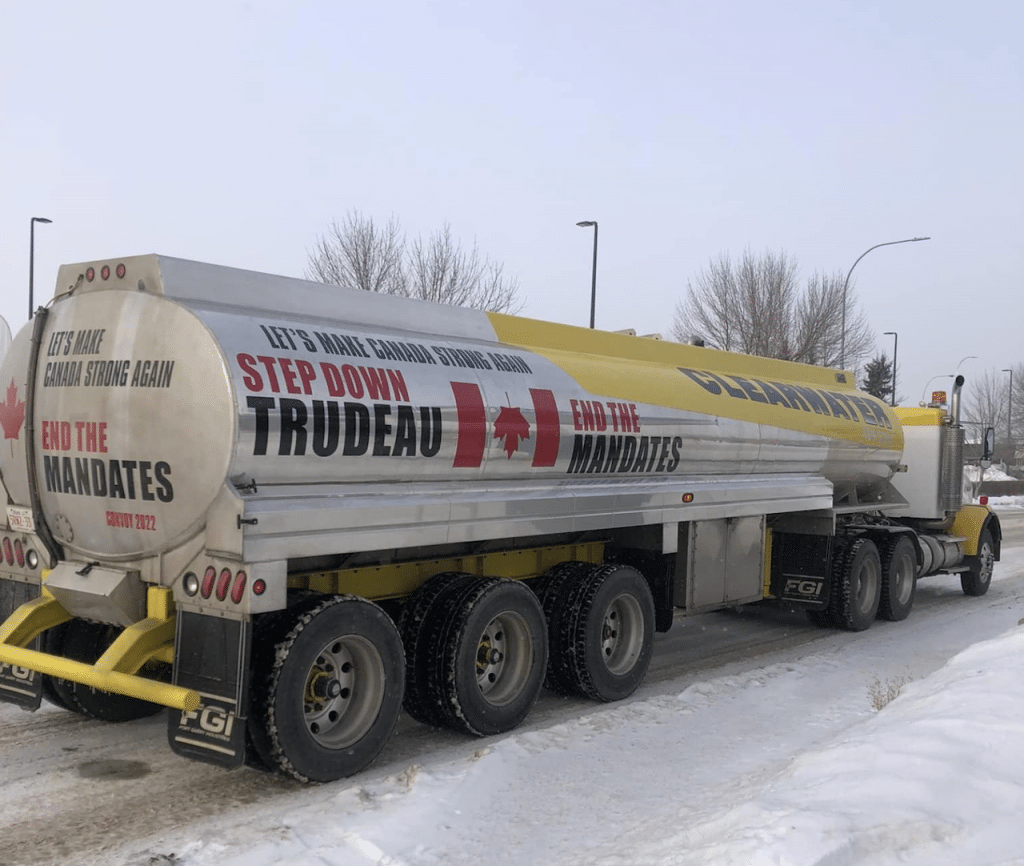 A Freedom Convoy in Canada is set to converge on the capital, Ottawa, this weekend to protest vaccine passports and Covid-19 mandates.

The organisers of the Freedom Convoy are calling for an end to vaccine passports and for the Federal Government to respect the rights of the unvaccinated in response to mandates directly impacting cross-border truck drivers.

About 50,000 truck drivers are reported to be participating in the Freedom Convoy.

“We are taking our fight to the doorsteps of our Federal Government and demanding that they cease all mandates against its people,” the Freedom Convoy stated on their gofundme page.

“It is imperative that this happens because if we don’t our country will no longer be the country we have come to love. We are doing this for our future Generations and to regain our lives back.”

The Freedom Convoy fundraiser was established to help with the costs of fuel, food and lodgings. Leftover donations are expected to be transferred to a credible veterans organisations which will be chosen by the donor.

Canada’s Federal Government has implemented vaccine mandates for cross-border truck drivers throughout the country. It is estimated that about 20 per cent (approx. 32,000) of the US and Canadian truck drivers may be removed from roads as a direct result of this mandate.

At the time of writing, Trudeau announced he is isolating due to a Covid-19 close contact despite testing negative to a rapid antigen test. Being cloistered as a result would mean he would not be physically present for the protest action due to take place in Ottawa.

“We know the way through this is to get everyone vaccinated,” said Trudeau. “The overwhelming majority, close to 90 per cent of Canadians have done exactly that.” The Canadian Trucking Alliance (CTA) does not support and strongly disapproves of any protests on public roadways, highways and bridges.

“CTA believes such actions – especially those that interfere with public safety – are not how disagreements with government policies should be expressed,” said CTA President, Stephen Laskowski.

“Members of the trucking industry who want to publicly express displeasure over government policies can choose to hold an organised, lawful event on Parliament Hill or contact their local MP. What is not acceptable is disrupting the motoring public on highways and commerce at the border.

“The Government of Canada and the United States have now made being vaccinated a requirement to cross the border. This regulation is not changing so, as an industry, we must adapt and comply with this mandate.

“The only way to cross the border, in a commercial truck or any other vehicle, is to get vaccinated.”

“If you scare people enough they will demand removal of freedom,” he continued on Twitter. “This is the path to tyranny.”

When queried on how to fight back, Musk said to vote them out.

Towards the end of last year, Tesla Motors claimed progress was being made on the industrialisation of the Cybertruck. In the meantime, the industry continues to wait patiently for an update on the Tesla Semi, a battery electric heavy vehicle which was announced in November 2017 and is still in development.