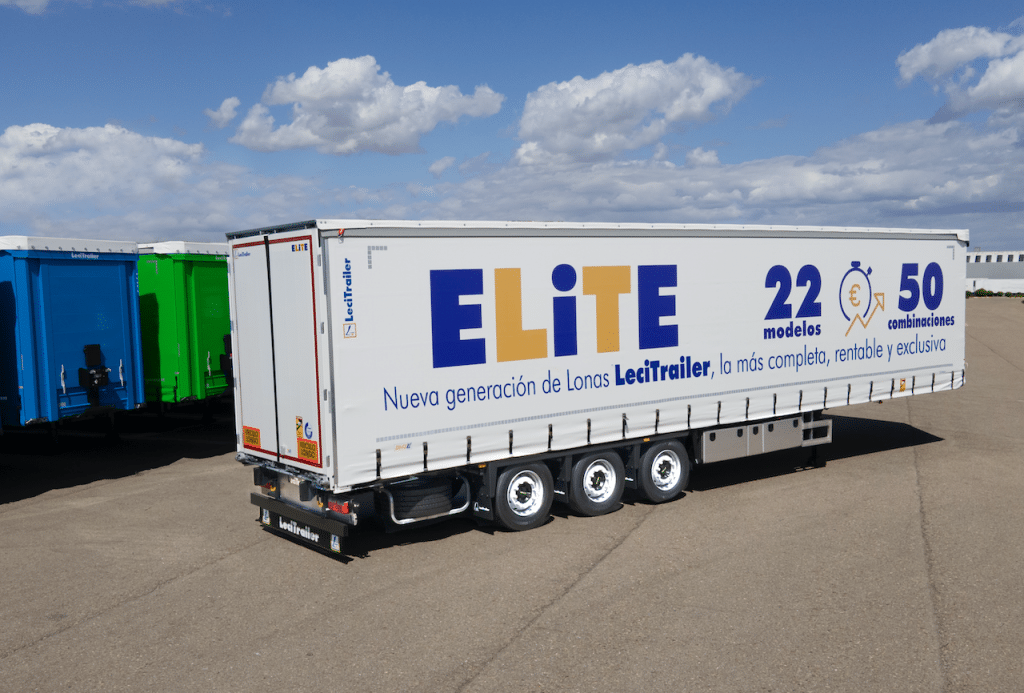 Lecitrailer’s Elite Multipoint XL curtainsider semi-trailers have been awarded the Fifth Wheel award: semi-trailer of the year in Spain.

More than a hundred freight transport businessmen and technical specialists in the automotive field made up the jury that, with their votes, have chosen, among the seven applications submitted, Lecitrailer’s Elite Multipunto XL as the best semi-trailer of the year 2022 in Spain.

The Quinta Rueda award: semi-trailer of the year recognises the effort and commitment to innovation of semi-trailer manufacturers, who play an essential role in road freight transport.

The Elite range includes 22 different models of tarpaulin semi-trailers, among which the award-winning Elite Multipoint XL stands out, as well as quick-opening tarpaulins, ultra-lightweight tarpaulins and reel holders. It is best suited for intermodal operators and companies specialising in the transport of automotive, beverages, tyres, airfreight and poultry.

Lecitrailer claims to be the leading brand in the tarpaulin market in Spain.

“In 2021, 1,810 units of Lecitrailer tarpaulins were registered in Spain, representing a 38.34 per cent market share in the category,” the OEM said in a statement.

“Of the five editions in which these awards have been given, Lecitrailer vehicles have been awarded three times, which shows the high level of trust that transport companies have in Lecitrailer semi-trailers.”