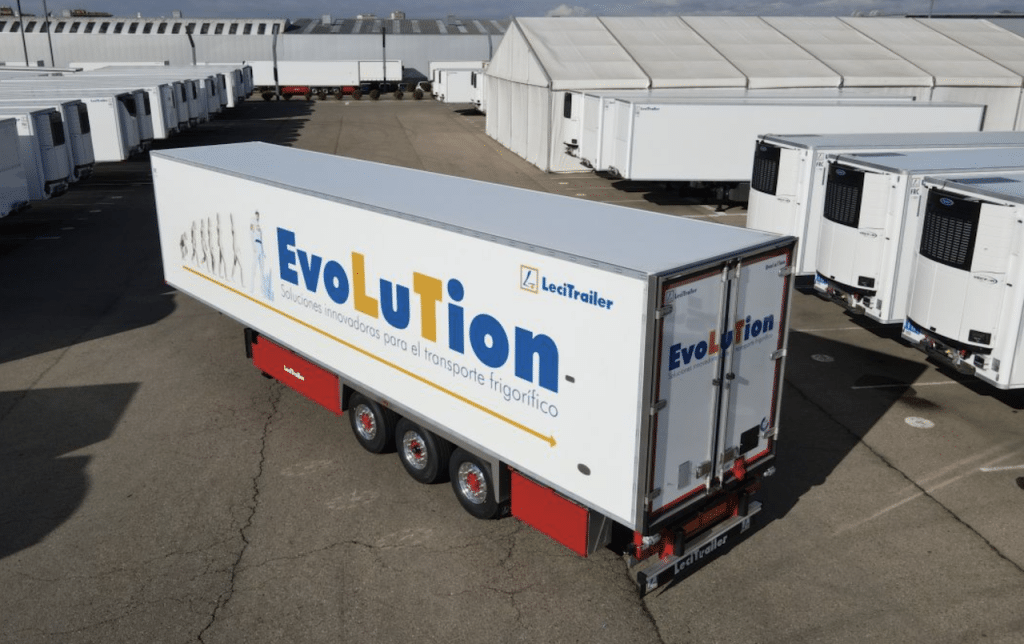 In a year of widespread growth in the semi-trailer market in Spain, Lecitrailer has once again gained the trust of its customers, to continue, for 22 consecutive years, as the leader in the national market.

In 2021, Lecitrailer reached a market share of 25.64 per cent, with 3,560 registered vehicles and a growth of 38.2 per cent compared to 2020, according to official figures from Asfares, the Spanish Association of manufacturers of trailers, semi-trailers, tankers and trailers.

By product families, the figures for tarpaulins stand out, in which Lecitrailer has finished as the first brand in the market with a 38.34 per cent market share and 1,810 units registered. These good results have undoubtedly contributed to the good market acceptance of Elite, the new generation of Lecitrailer tarps, the most complete, profitable and exclusive, launched on the market at the beginning of the second half of the year.

The figures for reefers also stand out, a family in which, for the second consecutive year, Lecitrailer has ended the year as the leading national manufacturer, with Lecitrailer’s Evolution refrigerators occupying second position in the market with a share of 21.29 per cent, 922 units, and a growth of 40.33 per cent.

Of the rest of the families, we Lecitrailer also highlights the first position achieved in the van family with a share of 42.86 per cent and the second position in the market in container ships with a 19 per cent share.

One more year, the good results of the national market have also been produced in the foreign markets in which Lecitrailer is present. In France, Lecitrailer is already the third brand in the market with a share of 9.81 per cent and 2,279 registered semi-trailers. Third place in the ranking of registrations also in the Portuguese market with an 8.45 per cent market share. In the same way, it has established itself as a reference manufacturer in other markets such as Italy, Russia, Belgium, Holland, Denmark and the United Kingdom. Lecitrailer’s export figure reaches 57 per cent of production.

“Since Lecitrailer was founded 32 years ago, the customer has always been at the centre of all our activity,” said Lecitrailer General Manager, Carlos Leciñena.

“I want to take advantage of this occasion, and I speak on behalf of each and every one of the members of Lecitrailer, to thank our customers for the trust they have placed in our brand, since they are the true protagonists of these good results and help us to continue to evolve and improve day by day.”

In other news, Fernando Leciñena Lafuente, founder and President of Lecitrailer and founding partner of Asfares, received recognition for a lifetime of service to the semi-trailer industry.