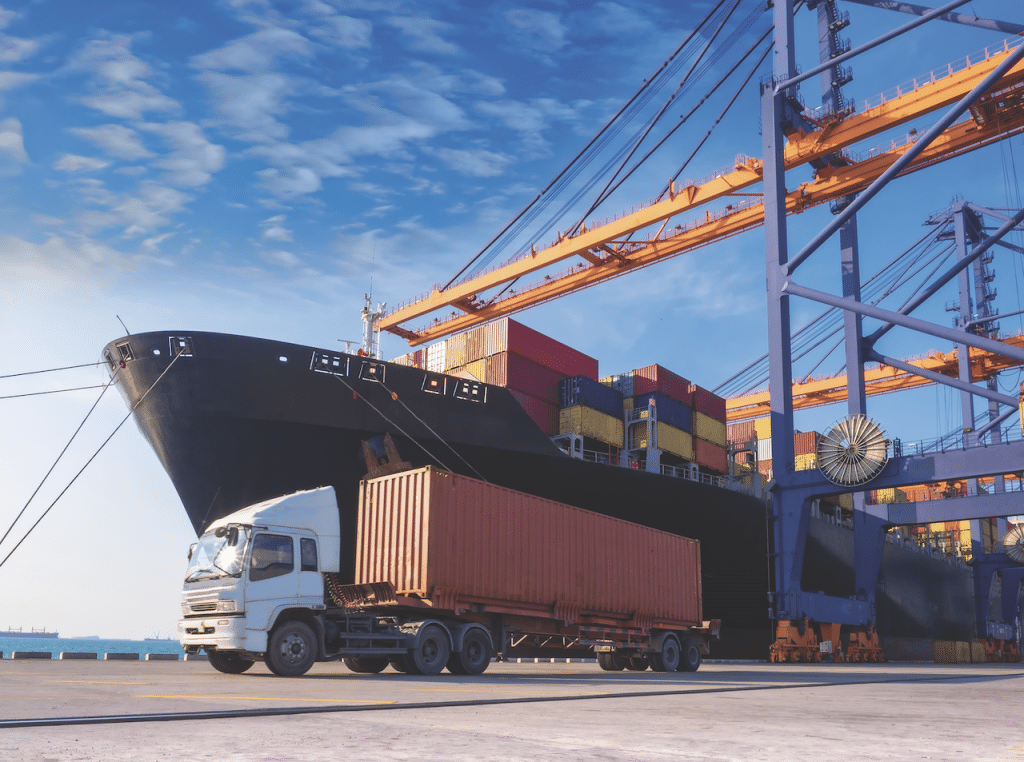 Belgium’s Federal Planning Bureau released a statement in September 2021 forecasting a return to pre-coronavirus levels for the economy by the year’s end.

Over the course of 2022, quarterly Gross Domestic Product (GDP) growth should gradually normalise, leading to a less pronounced growth of 3.0 per cent, with exports and especially private consumption as the mainstays.

Consumer price inflation, according to the Bureau, has been much higher than expected, mainly due to unexpectedly high prices for natural gas and electricity. There is optimism of inflation cooling and energy prices easing.

Meanwhile, an economic outlook via the Organisation for Economic Co-operation and Development (OECD) indicated the country’s recovery plan is focused on a green and digital transition.

Production in manufacturing has already surpassed pre-crisis levels. Business sentiment has improved, too, mainly driven by a rise in demand expectations. Uncertainty, however, is said to be holding back a proportionate increase in business investment.

A strong economic rebound is expected as restrictive measures are removed and the population is increasingly vaccinated. Private consumption will gain momentum and accumulated savings will remain in excess of pre-pandemic levels. Turnover in the labour market, though, is expected to rise due to the winding down of most policy measures. With improved global economic prospects, business investment will gain once uncertainties about Covid-19 are reduced.

Interestingly, OECD claim policies should support resource reallocation. Policy support in this instance should be removed carefully in line with the evolution of the pandemic and the recovery. Policy support, according to OECD, should strictly be targeted to viable jobs and firms. Also, the planned insolvency reform should be implemented as scheduled to reduce obstacles hampering the successful restructure of viable firms and the smooth exit of non-viable firms. While there have been job losses, there are new opportunities emerging in the information and communications sector. These can be facilitated through up-skill or re-skill programs mandatory for those on temporary layoff schemes. Finally, the authorities, according to OECD, should use Next Generation EU funds swiftly and effectively to address potential growth which is otherwise projected to slow markedly.

Port of Antwerp, Port of Zeebrugge and Chile join forces to foster hydrogen production
On 4 November 2021, Port of Antwerp, Port of Zeebrugge and the Chilean Ministry of Energy signed a Memorandum of Understanding (MoU) in which they commit to working together to make green hydrogen flows between Chile and Western Europe a reality. This cooperation will eliminate the last barriers and gaps in the run-up to the effective start-up of green production, the set-up of the logistics chain between the continents and the logistics in the Belgian seaports and their hinterland.

In the MoU, that was signed on Energy Day during the COP26 in Glasgow, the different parties express their interest in collaborating on the important strategic issue of setting up a corridor between their countries to ship green hydrogen or derivatives, produced in Chile and received at the Belgian Ports, for further distribution to meet expected demand in Europe. The signing of the MoU took place after a debate on hydrogen import between Sébastien Arbola (Executive Vice President, ENGIE), Tom Hautekiet (CEO, Port of Zeebrugge), Juan Carlos Jobet (Chilean Minister of Energy) and Tine Van der Straeten (Belgian Minister of Energy), and moderated by Noam Boussidan (Lead Energy, World Economic Forum).

Port of Antwerp, Europe’s largest port in terms of size and integrated chemical cluster activities, and Port of Zeebrugge, Belgium’s most important LNG hub and offshore wind power plant, play an important role as fossil energy hubs for Western Europe. They receive, store and dispatch important volumes of energy to power, heat, chemistry and transportation off-takers. Port of Antwerp and Port of Zeebrugge intend to become part of the Belgian and European climate solution by acting as early mover renewable energy hubs, making use of their infrastructures, know-how and network to import and deploy important volumes of hydrogen to the European hinterland.

Both ports are convinced that the future Western European energy system will need to focus on domestic wind and solar energy, as well as imported volumes of renewable hydrogen. They believe that hydrogen carriers will be the adequate form of energy to allow the transition in sectors such as marine shipping, chemistry, fuel and steam production. Hence their role as a key actor in the Hydrogen Import Coalition, whose goal is to combine public and industrial partners to gain all the system insights needed to take the right actions.

Jacques Vandermeiren, CEO Port of Antwerp said: “When we look back at the impact of COP26, I sincerely hope we will call it ‘the climate action summit’. The summit where promises were made and kept. That’s the only way how we will be able to tackle this challenge, by saying what we do and doing what we say. At Port of Antwerp, we will continue to push forward our ambitions to make sure our entire fleet, eco-friendly and to further develop as a multi fuel port, offering the alternative fuels that sustainable shipping requires.”

Tom Hautekiet, CEO Port of Zeebrugge, said: “We are proud to know that Chile, the most significant potential exporter of green molecules, wants to cooperate with the ports of Antwerp and Zeebrugge. This opportunity will allow us to realize our shared ambition of importing hydrogen to Europe together. The fact that they consider Zeebrugge to be a suitable import port confirms our position as an important energy hub. Moreover, our close cooperation will herald a new chapter for the energy transition in and of Europe.”

Chile, through its national Green Hydrogen Strategy, has set very ambitious targets in order to become a carbon-neutral country by 2050 and utilise the high-quality and abundant renewable energy resources available to it. The country aims to be producing the cheapest green hydrogen by 2030 and become one of the top 3 exporters of green hydrogen by 2040. The Chilean Ministry of Energy, which is leading the green hydrogen strategic policy, is required to engage with overseas parties to cooperate on the issue of setting up international supply chains of green hydrogen from Chile. The signing of this MoU is a further step towards fulfilling their sustainability commitments.

Juan Carlos Jobet, Chilean Minister of Energy said: “This is excellent news to continue consolidating Chile’s leadership in the development of this new industry. Our potential in clean energy will allow us to be the cheapest producers of green hydrogen in the world, with which we will be able to satisfy our demand, but also help other countries to advance with their climate goals.”

Port of Antwerp, Port of Zeebrugge and the Ministry of Chile will collaborate on a regular basis in order to exchange knowledge, experiences and other information to further explore the possibilities of the cooperation. This latter is particularly important to eliminate the challenges in the run-up to the effective start-up of green production in Chile, the set-up of the logistics chain between our continents and the logistics in the Flemish seaports and their hinterland.

Annick De Ridder, Alderwoman of Antwerp, responsible for the port, said: “Together with the industry, ports play an important role in finding solutions for our climate. For this reason the agreement between the ports of Antwerp and Zeebrugge is an important milestone in the fight against climate change, making sustainable energy flows more accessible in Europe. As the port of Antwerp we are delighted with this agreement, which further consolidates our position as a sustainable energy hub in Europe.”

Dirk De Fauw, Mayor of Brugge, said: “The signing of the ‘letter of intent’ will certainly open new doors for the ports of Zeebrugge and Antwerp. The green hydrogen produced in Chili in the coming years will primarily be used for domestic consumption, but there are concrete plans to export green hydrogen to other parts of the world as well. Zeebrugge would thereby become the hub for the supply of Green Hydrogen in Western Europe. This element of cooperation was already extensively discussed during the merger negotiations with the port of Antwerp: Port of Antwerp Bruges as a real green energy hub of the future.”

ENGIE, partner of the Hydrogen Import Coalition with an historical presence and long-standing expertise in both Belgium and Chile, key countries for the Group, aims to develop renewables and propose projects to launch the import supply chain of renewable molecules between the two countries.

Catherine MacGregor, ENGIE CEO, said: “Convinced that green hydrogen will play a key role in decarbonising our economies, we are very proud to support the H2 Import Coalition program and to collaborate with Belgium and Chile. With a target to develop globally 4GW of renewable hydrogen capacity by 2030, the Group is perfectly-positioned to support these two countries in developing an ambitious hydrogen industry while reaching their net-zero goals.”