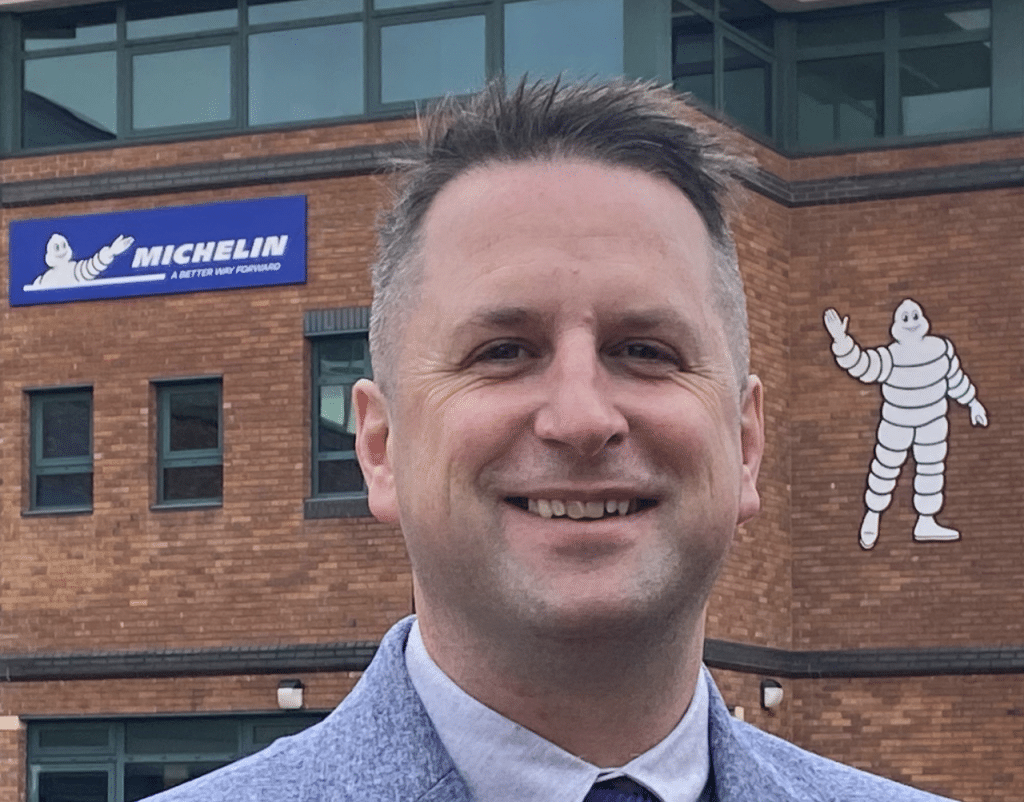 Howe will also hold the role of B2C Sales Director, with responsibility for the company’s car, motorcycle and bicycle markets.

Howe, 41, brings 25 years of service within the company, having begun his career in the warehouse of Solideal UK, before continuing with the business through a series of acquisitions first by Solideal International, Camoplast, Camso and then finally Michelin in 2018.

He has a wealth of experience in the tyre industry at all levels, having initially worked as a warehouse operative and mobile service technician, before becoming an Area Sales Manager and later General Manager for Solideal International. During seven years at Camso, between 2013 and 2020, Howe progressed from Commercial Director to UK Managing Director, and finally Original Equipment Aftermarket Director for the EMEA region.

Since February 2020 he has worked directly within Michelin, spending his first 18 months as Global Program Manager within the agriculture, construction and materials handling markets, where he was responsible for helping the 10 regions globally Go to Market in the most effective way. Most recently he has been Global Business Development & Corporate Account Manager for these same three sectors, heading a team responsible for Michelin’s largest international key accounts.

“I’m excited about the opportunity to evolve the business here in the UK & Ireland, whilst also respecting the legacy of Michelin,” said Howe. “The market is getting more dynamic all the time, and I want to ensure Michelin remains a true pioneer – with, around and beyond tyres.”

Howe will be based in Stoke-on-Trent and replaces Chris Smith as Managing Director, who recently moved to Michelin’s international headquarters in Clermont-Ferrand, France, to take over the role of Global Marketing Director long distance transportation.