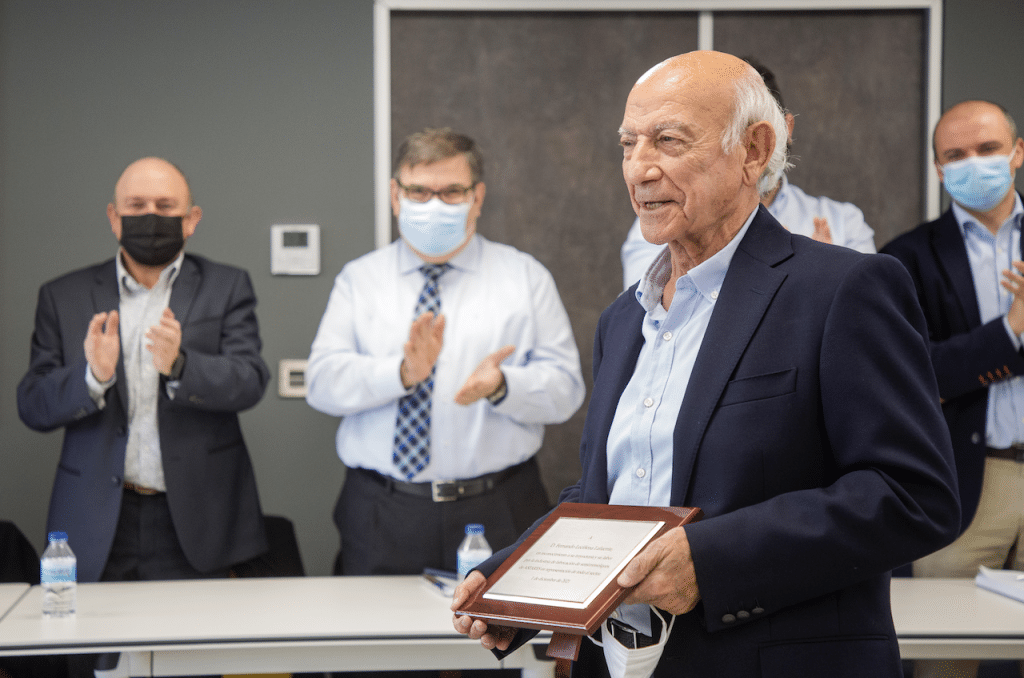 Fernando Leciñena Lafuente, founder and President of Lecitrailer and founding partner of Asfares, has received recognition for a lifetime of service to the semi-trailer industry.

The event, held in the new Lecitrailer offices, was attended by more than 30 representatives of the sector, all members of Asfares as well as former members of the association.

Asfares Director, Julio Viartola, opened the tribute by showing the constitutive act of Asfares, of which Fernando Leciñena had been a signatory in 1982. Then Miguel Vidal, President of Asfares, thanked Fernando Leciñena for his dedication to the sector, stating that “in the history of the semi-trailer of this country, he had undoubtedly written many chapters” and stressed “the recognition, gratitude and admiration” for Leciñena.

Asfares, is the association formed by the Spanish manufacturers of trailers, semi-trailers, tanks and all kinds of bodies such as tarpaulins, tippers, vans, refrigerators and containers. It also includes manufacturers of equipment and components for these vehicles.

It was created and registered in 1982 to represent the common interests of the sector, to interact with the Spanish administration, ministries, CCAA, ITVs, OCAs, other associations, carriers, shippers. Furthermore, it is a founding member of the European Federation CLCCR, which represents manufacturers in international organisations. The association’s objective is to work for the advancement of the sector at the national and European level, with the commitment to contribute with better, safer and more efficient vehicles.

In other news, Rafa Grau Transports added 10 XL tarpaulins with Lecitrailer bilateral elevation to its fleet.