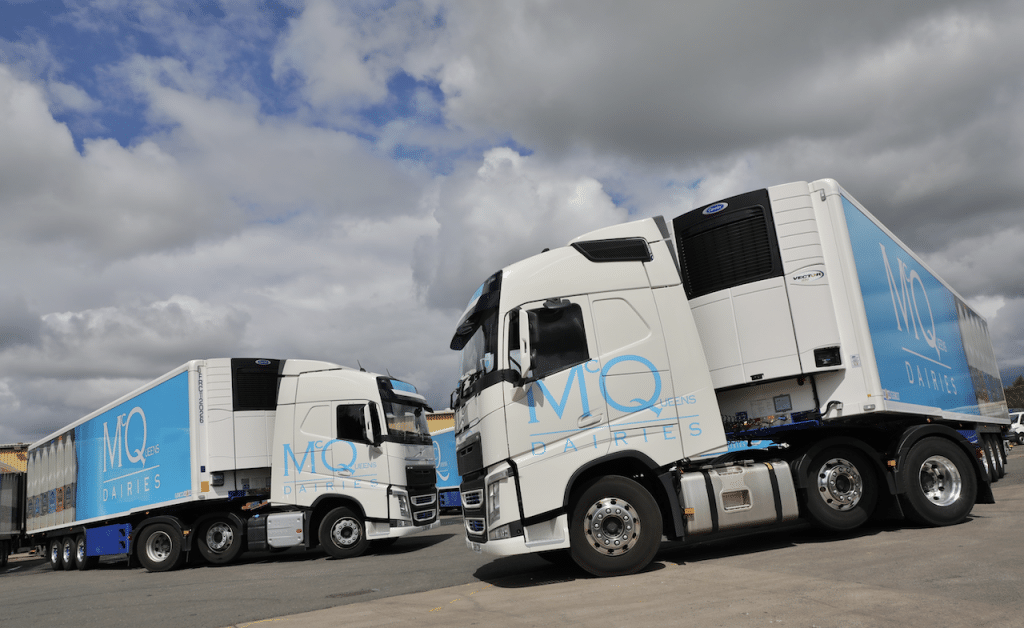 Designed to distribute milk across the UK for one of the company’s dairy customers, the new assets join a 24-strong refrigerated trailer fleet that has been Carrier-cooled for more than 20 years.

“We started using Carrier for our trailers in the 1990s, and they have consistently delivered everything we need,” said GSM Transport owner, Jim Morrison. “The Vector range allows us to pick the most suitable model for our specific requirements, with the power and fuel efficiency of the Vector 1550 proving ideal for our work with McQueens Dairies. When you add in the outstanding maintenance and aftersales support, it’s fair to say we’ve been a consistently happy customer.”

The Vector 1550 unit is well suited to GSM Transport’s needs, delivering a unique combination of power and efficiency. The system’s ability to provide exceptional pull-down speeds and accurate set-point control is essential for transporting milk and dairy produce. The Vector 1550 features Carrier Transicold’s E-Drive™ all-electric technology, which removes mechanical transmissions found in belt-driven truck and trailer refrigeration systems. The E-Drive transforms engine power into electricity via a generator, helping to reduce refrigerant leak rates by up to 55 per cent while also cutting carbon dioxide (CO2) emissions.

“The beauty of the Vector unit is the all-electric technology at its heart, which makes them easier and more affordable to run,” added Morrison.

The new trailers will operate for eight to 10 years, travelling approximately 130,000 kilometres per year. They will deliver milk seven days a week from its headquarters in Annan to customers as far north as Aberdeen and as far south as Northampton.

Founded in 1996, GSM Transport has built a solid reputation for delivering chilled produce to businesses across Scotland, England and mainland Europe. Since 2016, the haulage company has been supplying McQueens Dairies with transport to their depots, with an expanding number of its trailers sporting the dairy’s livery.

In other news, a Telford-based transportation company improved fleet efficiency with Carrier-cooled reefers.