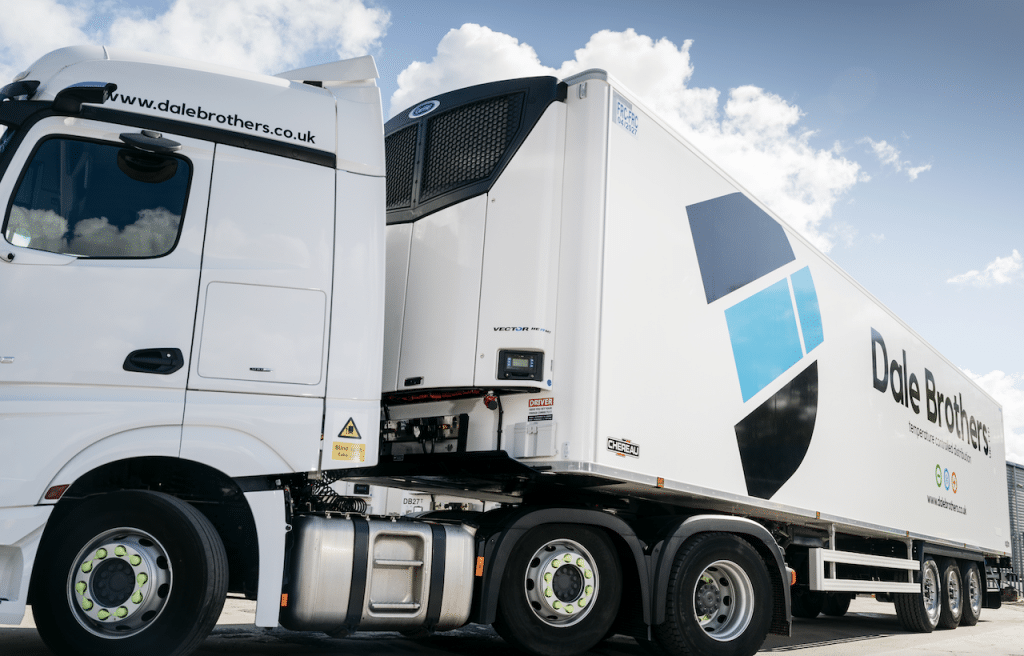 “We first started using Carrier equipment more than 20 years ago when we bought some second-hand trailers mounted with their systems,” said Neyland Dale, Managing Director, Dale Brothers UK. “We were so impressed with the performance and reliability, when it came to replacing those trailers, specifying new Carrier units was the only logical next step – and we’ve been doing that each time we’ve updated our fleet since.”

Combining Carrier Transicold E-Drive all-electric technology with a new multi-speed engine design, the Vector HE 19 unit delivers up to 30 per cent fuel savings when compared to the previous generation Vector 1950. In addition, the system’s fully hermetic scroll compressor and economiser provides a 40 per cent increase in refrigeration capacity during pull-down, as well as a 50% reduction in refrigerant escape.

The system is also 19 per cent more efficient when plugged into the electrical grid on standby, meaning that the Vector HE 19 unit can help to lower diesel, maintenance and electricity costs. In addition, the units operate 3.0 dB(A) quieter than the legacy Vector 1950, significantly reducing sound pollution.

“We specifically chose the new Vector HE 19 unit after hearing good things from our fellow logistics customers about how efficient they are,” said Dale. “With increased cooling capacity and better fuel efficiency, we will reduce our running costs while simultaneously reducing our carbon footprint.”

Expected to operate for eight to 10 years, the new trailers will transport a variety of fresh and frozen food products for customers across the UK and northern Europe. Operating six to seven days a week, they typically clock up around 130,000 kilometres per year from the company’s main depot in Telford.

In other news, D.R. Macleod has reduced fleet emissions and noise with Carrier TRUs.