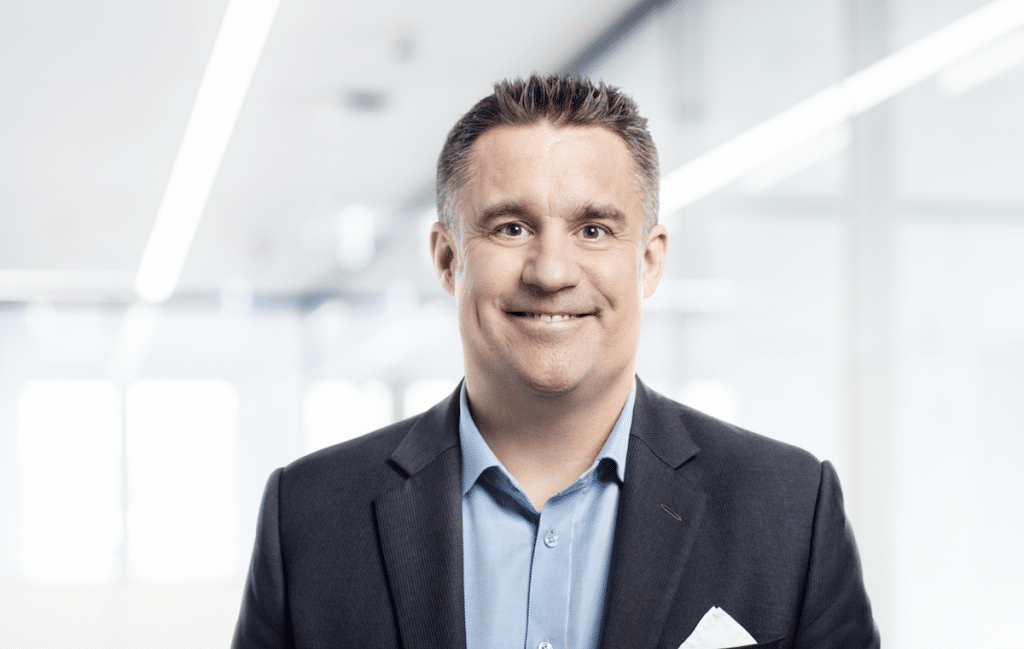 SAF-Holland SE Chairman of the Management Board, Alexander Geis.

Equipment specialist, SAF-Holland, has published financial figures for the first nine months of 2021.

“The positive business trend continued through into the third quarter,” said Alexander Geis, Chairman of the Management Board of SAF-Holland SE.

“Sales in comparison to the same quarter of the previous year increased by 36.2 per cent to €;317 million (previous year: €;232 million). The EBIT margin remained stable at a high level of 7.7 per cent in the third quarter of 2021. This result is even more impressive when one considers that we were still affected by the significant increase in steel prices and freight charges.

“For the fourth quarter of 2021 we anticipate customer demand for our trailer axles to remain high and that we will see high utilisation of the corresponding production capacities.

“At the same time, we assume that cost pressure will remain high on account of the unparalleled increase in the cost of raw materials and freight and that, as usual, we will only be able to pass on higher costs for raw materials with a time lag.”

SAF-Holland’s adjusted EBIT margin is at 7.7 per cent.

Group sales in the first nine months of 2021 came to €924.8 million due to higher demand, marking a significant rise of 30.5 per cent on the comparable figure for the previous year of €708.7 million. Currency effects amounted to €-24.4 million and resulted primarily from currency changes of the US dollar, the Russian rouble and the Brazilian real against the Euro. Adjusted for currency translation effects, sales improved by 33.9 per cent.

Adjusted EBIT amounted to €71.3 million in the first nine months of 2021 (previous year: €38.5 million). This corresponds to an adjusted EBIT margin of 7.7 per cent (previous year: 5.4 per cent). Particularly the lower ratio of selling expenses and administrative expenses to sales was margin accretive in this regard.

The equipment specialist’s disciplined investment policy focused on automation and optimisation of the global production footprint.

The net cash flow from operating activities reached a level of €21.3 million in the first nine months of 2021 (previous year: €79.8 million). The decrease can be attributed primarily to changes in net working capital as a consequence of the rapidly increasing business activities.

The net cash flow from investing activities in property, plant and equipment and intangible assets of €-12.0 million was €3.4 million, or 22.3 per cent, below the comparable figure for the previous year. Operating free cash flow was positive at €9.3 million (previous year: €64.3 million).

“Due to seasonal factors, net working capital is expected to ease significantly in the final quarter and a corresponding improvement in operating free cash flow can be expected,” said SAF-Holland SE CFO, Inka Koljonen.

Leverage ratio improved even further according to SAF-Holland.

In comparison to 31 December 2020, equity has improved by €53.3 million to €353.7 million. Equity was bolstered by the addition of the result for the period of €37.1 million as well as exchange differences on the translation of foreign operations of €16.2 million. Coupled with the 11.1 per cent increase in the balance sheet total, this led to an improvement in the equity ratio from 32.6 per cent to 34.6 per cent.

“Due to the significant improvement in EBITDA, we have managed to significantly reduce the leverage ratio from 2.40x EBITDA at the end of 2020 to a very good ratio of 1.59x EBITDA,” said Koljonen. “I expect this positive trend to continue in the fourth quarter.”

Sales in the EMEA region improved by 34.7 per cent to €545.1 million (previous year: €404.6 million) in the first nine months of 2021, primarily on account of a strong upturn in OE business and further gains in market share. Adjusted for currency translation effects, sales growth of 36.2 per cent was recorded.

Due to the strong OE truck business and solid sales of spare parts, sales in the Americas region increased by 19.8 per cent to €299.9 million (previous year: €250.3 million) in the first nine months of 2021. Adjusted for currency translation effects, sales improved by 27.1 per cent.

The APAC region generated sales of €79.7 million in the first nine months of 2021 (previous year: €53.8 million). Adjusted for currency translation effects, sales increased by 49.1 per cent in comparison to the previous year. The main cause for the significant increase in sales was the strong upturn in business in India and the pleasing development of demand in Australia.

Adjusted EBIT improved by €6.9 million to €1.6 million. The adjusted EBIT margin amounted to 2.0 per cent (previous year: -9.9 per cent). In addition to the significant improvement in the gross margin of OE business, margin accretive factors were the lower ratio of selling expenses and administrative expenses to sales.

Guidance for the 2021 financial year confirmed.

Considering the expected macroeconomic environment and the sector-specific framework conditions and after weighing up the risk and opportunity potentials (including the currently foreseeable impact on business from the coronavirus SARS-CoV-2) the Management Board of SAF-Holland SE continues to expect Group sales for the 2021 financial year of between €1,100 million and EUR 1,200 million.

Under this assumption, SAF-Holland is still expecting an adjusted EBIT margin of around 7.5 per cent for the 2021 financial year.

To support its strategic objectives, the company is still planning investments of approximately 2.5 per cent of Group sales in 2021. The main focus of the investments lies on measures to improve efficiency at the location in Bessenbach, optimising the global production footprint by adding a new plant in Russia, expanding capacity at the Turkish location in Düzce and creating a new assembly line for fifth wheels at the Mexican location of Querétaro for the spare parts business in North America.

In other news, the SAF-Holland Group will soon unveil its latest modern suspension systems and intelligent trailer accessories in Lyon, France, at Solutrans.