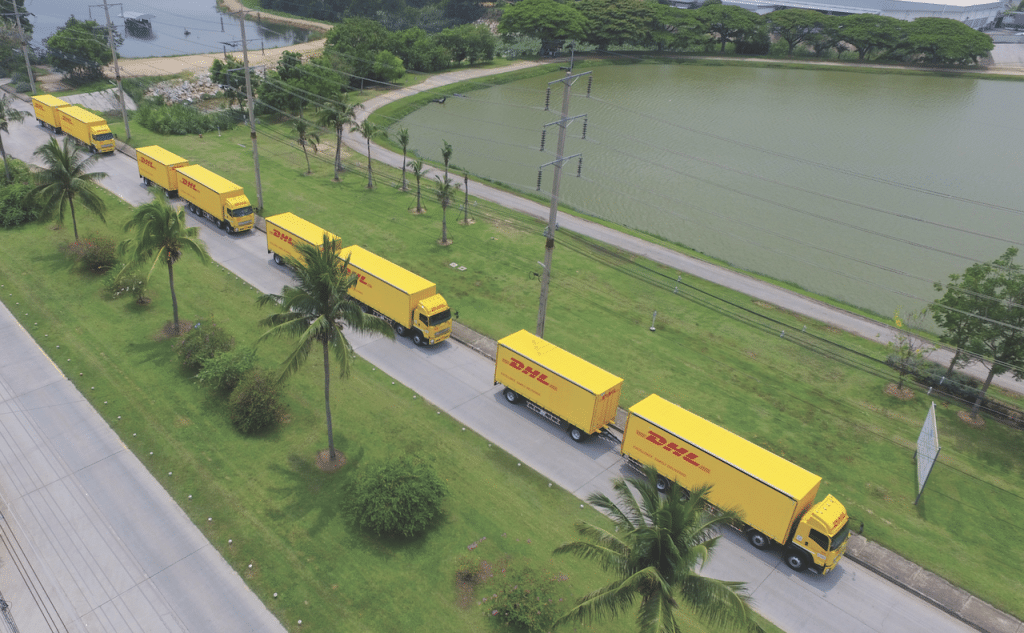 Singapore, according to DHL, handled 36.9 million twenty-foot equivalent units (TEUs) of containers in 2020, little changed from the 37.2 million TEUs in 2019. It also retained its position as the world’s largest bunkering port in 2020, recording marine fuel sales of almost 49.8 million metric tonnes.

Amid a global pandemic that has severely disrupted supply chains, Singapore’s strong maritime performance was a clear indication of how it has strengthened its status as a global logistics hub.

The country ranked second out of 169 countries in DHL’s Global Connectedness Index 2020, which measures the development of trade, capital, information, and people flows at the global, regional, and national levels.

“As we grew as a country, and we saw globalisation taking root, there was a huge focus in ensuring that there was a free flow of goods and services, which has empowered our success as a logistics hub.”

World class infrastructure has played a role in Singapore’s success, particularly as it is reported to be home to the world’s busiest trans-shipment seaport and one of Asia’s largest cargo airports, Changi. These hubs enable global trade and remain as important as ever amid the ongoing impact of Covid-19.

DHL said there are plans to double the annual cargo handling capacity at Changi Airport from 3.0 million to 5.4 million tonnes. It houses the 26-hectare Airport Logistics Park of Singapore, the country’s first logistics park with Free Trade Zone status when it opened in 2003.

Beyond being recognised for its first-rate infrastructure and connectivity, it is also known for its capabilities in handling time-sensitive cargo and cold-chain perishables.

In line with this, Singapore’s reputation as a cold-chain logistics expert paves the way for its ambitions to become a hub for vaccine transport.
Located at the crossroads of major shipping routes, Singapore’s seaport will also continue to facilitate trade connectivity by sea. The upcoming Tuas mega port will further enhance Singapore’s capability to serve as a trans-shipment hub for the world’s trade flows.

With no natural resources, Singapore has always leveraged technology to stay ahead in terms of transport and logistics.

The Tuas mega port for example — slated to be fully operational by 2040 — will be able to process 65 million TEUs as the world’s largest fully automated terminal.

The smart port will harness advanced technologies such as Artificial Intelligence and the Internet of Things (IoT) to deliver green and sustainable solutions. These include driverless automated guided vehicles, smart sensors to detect shipping anomalies such as piracy, and data analytics to predict traffic congestion spots.

Earlier this year, the Singapore Government also announced a S$15 billion (€9.35 billion) framework to attract tech-driven investments into the marine freight business. These include funding for start-ups in areas like environmental sustainability, data processing and cybersecurity.

The use of technology drills down to even small details that can make a big difference. Last year, DHL Express Singapore launched its WhatsApp Digital Assistant to address customers’ international shipping queries instantly, allowing them to receive curated shipping information and track their shipments on the go.

Several other digital transformation projects were also implemented before the pandemic hit.

Having a strong network of Free Trade Agreements (FTAs) has also boosted Singapore’s draw for some of the world’s leading companies and start-ups hoping to base their operations in the region.

Singapore has Asia’s most extensive network of Free Trade Areas, covering 60 per cent of the world’s gross domestic product. The country’s 13 bilateral and 11 regional FTAs include some of the largest combined trade agreements — as part of the Association of Southeast Asian Nations (ASEAN) — in the ASEAN-China, ASEAN-India, and ASEAN-Hong Kong trade blocs.

In April 2021, Singapore also became the first participating country to ratify the 15-member Regional Comprehensive Economic Partnership (RCEP), which accounts for 30 per cent of the global economy.

“Singapore’s pursuit of free trade agreements — both bilateral as well as multilateral agreements — ensures that Singapore sits in the middle of the free flow of movement of goods through key partners around the region and beyond,” said Ong.

The logistics sector remains a key pillar of the country’s economy, contributing almost S$6.8 billion (€4.2 billion) or 1.4 percent of Singapore’s GDP in 2019.

Having keen foresight, according to Ong, has been the key differentiator for Singapore.

“In Singapore, the government thinks in terms of generations rather than just five to 10 years,” he said. “As a result, the investment in infrastructure in Singapore has been significant — whether it is the seaport or the airport.”

Ong cited the next-generation Port at Tuas, which is set be a game-changer in port and supply chain operations. This is in light of the state-of-the-art technology that will come into play, such as autonomous truck platooning and next-generation gate systems that will ease traffic and increase port efficiency.

While the Covid-19 pandemic has been a litmus test for the local logistics sector, Ong claims Singapore has stepped up boldly to the challenge, with an eye on the future.

“Singapore needs to continue to invest in air connectivity for freighters to ensure we maintain our position as one of the most connected countries in the world,” he said. “What this pandemic has shown is that investing in the physical networks is as important as investing in the digital networks to grow logistics.”

Meanwhile, transport and logistics company, CEVA Logistics, has opened a new site in Singapore as part of its global healthcare solution.

CEVA’s growing network of cold stations is in direct service of its Temperature Sensitive Solution, a pharmaceutical logistics offering ensuring that temperature-sensitive shipments across ambient and chilled conditions are maintained in their optimal environments throughout shipment.

The CEVA Logistics temperature-controlled solution required capital investment in specialised airfreight facilities around the world, and with the support of its parent company, the CMA CGM Group, a world leader in shipping and logistics, CEVA remains committed to operating a network of more than 40 such airfreight stations by the end of 2021. Additional stations in Atlanta, Chicago, Frankfurt, Madrid, Budapest and Mumbai are scheduled to open in the coming months. In all, the stations will allow CEVA to not only service major healthcare gateways in regional markets, like Asia Pacific, but also to supply more than 1,450 healthcare trade lanes globally.

To meet the demands of healthcare and pharmaceutical customers, the new station is composed of two distinct areas dedicated to temperature management of shipments within the ranges of 15 to 25 degrees Celsius and 2 to 8 degrees Celsius. CEVA will continue to focus on the spectrum of products requiring a range of 2 to 8 degrees Celsius, including certain Covid-19 vaccines, although the company provides solutions for other products, including vaccines requiring lower temperatures throughout transport.

“This air hub is now capable of supporting the regional distribution of vaccines and other pharmaceutical supplies that are critically needed in Southeast Asia at the moment. In addition, our healthcare customers will benefit from the range of value-added services, such as dry ice, relabelling and cross-stocking within the free trade zone.”