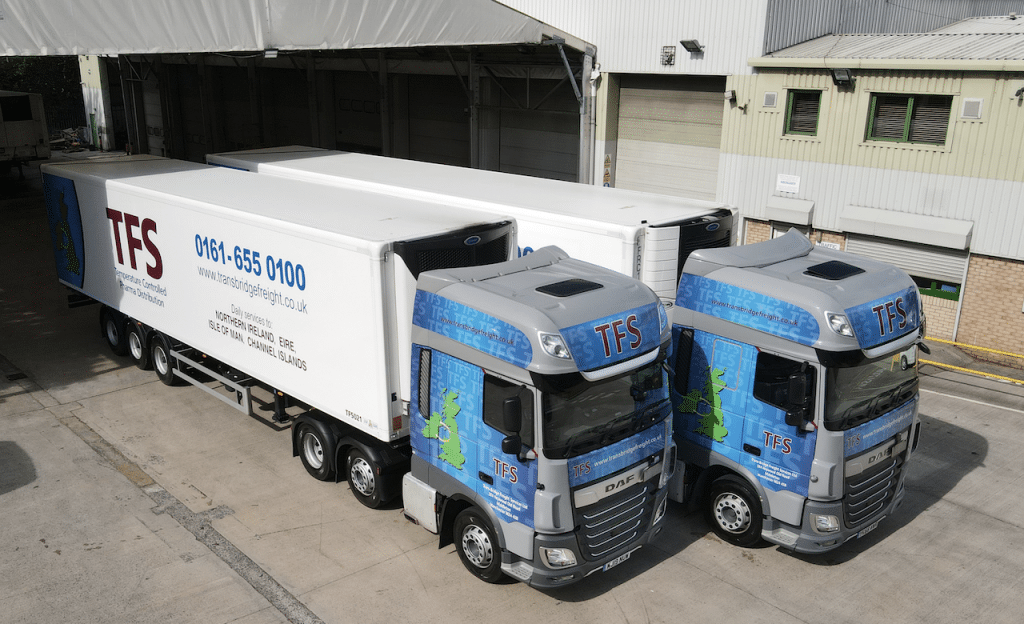 This heralds the start of a more sustainable future for the company’s temperature-controlled trailer fleet.

A longstanding Carrier Transicold customer, Trans-Bridge Freight Services operates 11 temperature-controlled trailers across its two depots in Manchester and Antrim, nine of which are Carrier cooled. The new unit is mounted to a new Gray & Adams 13.6-metre trailer, which replaces an older asset featuring one of the first Carrier units the company took delivery of approximately seven years ago.

“We were suitably impressed with their performance and reliability, so it has been an easy decision to specify Carrier systems to replace them. Working in the pharmaceutical sector, being able to demonstrate our commitment to sustainability is very important, so the excellent environmental credentials of the new Vector were a huge factor in our decision.”

The Vector HE 19 MT unit features Carrier Transicold’s E-Drive all-electric technology, which has been combined with a new multi-speed engine design that considerably reduces fuel consumption. The system’s fully hermetic scroll compressor and economiser also means the Vector HE 19 unit delivers a significant increase in refrigeration capacity during pull-down, while reducing the chance of refrigerant and CO2 escape.

It also operates 3 dB(A) quieter than the legacy Vector 1950 unit – which to the human ear equates to a 50 per cent reduction in noise. These design features, combined with extended service cycles, means Trans-Bridge Freight Services can save approximately 15 per cent on maintenance costs.

“Though sustainability is extremely important, temperature control in the pharmaceutical sector is paramount,” said Anderton.

“Around 80 per cent of the products we transport need to be maintained in a tightly controlled ambient environment, so the precise set point control we get with Carrier’s products is vital.

“Combine that with the superb aftersales support we receive from both Carrier Transicold Manchester and Northern Ireland, and every box is ticked.”

On the road five to six days a week, the new trailer joins eight others based out of the company’s Manchester headquarters. Expected to be in operation for eight years, it will facilitate collections from pharmaceutical customer sites, making onward deliveries to the Trans-Bridge Antrim facility in Northern Ireland, via the Scottish port of Cairnryan.