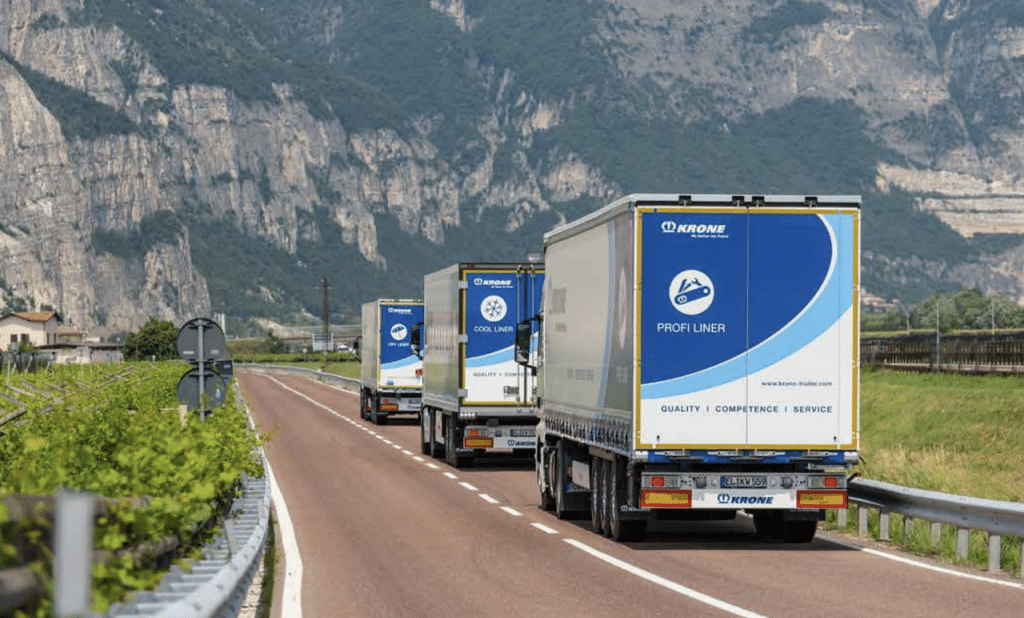 “We are very much looking forward to meeting our customers in person – it’s finally getting restarted.”

From 30 September to 3 October, Krone will be onsite with its show trailer at Stand D 103 in Hall 1.

Key features of the Profi Liner are the flexible modular solutions for individual requirements, the numerous pre-galvanised components, the robust construction with a tare weight of less than six tonnes as well as the reduced operating forces when handling the sliding curtain and rear portal.

The exhibit in the inner courtyard of the exhibition grounds will also have various load securing solutions on show.

The Krone team will be on-hand to share product information such as the Cool Liner refrigerated vehicle with Krone Telematics equipment as standard, which was issued in a special edition for the 25th anniversary.

Container handlers may be interested in the new Box Liner eLTU 40 Light Traction, which is suitable for all sizes from 20′ to 45′ with its particularly light all-round container chassis.

Other talking points include the Europe-wide service initiative ‘Krone 360° Trailer Service’, the manufacturer-independent telematics platform ‘Krone Telematics’ and the in-house ‘Tyre Pressure Monitoring System’ (TPMS). From 2022, tyre pressure monitoring systems will be required by law and will be fitted as standard on vehicles.