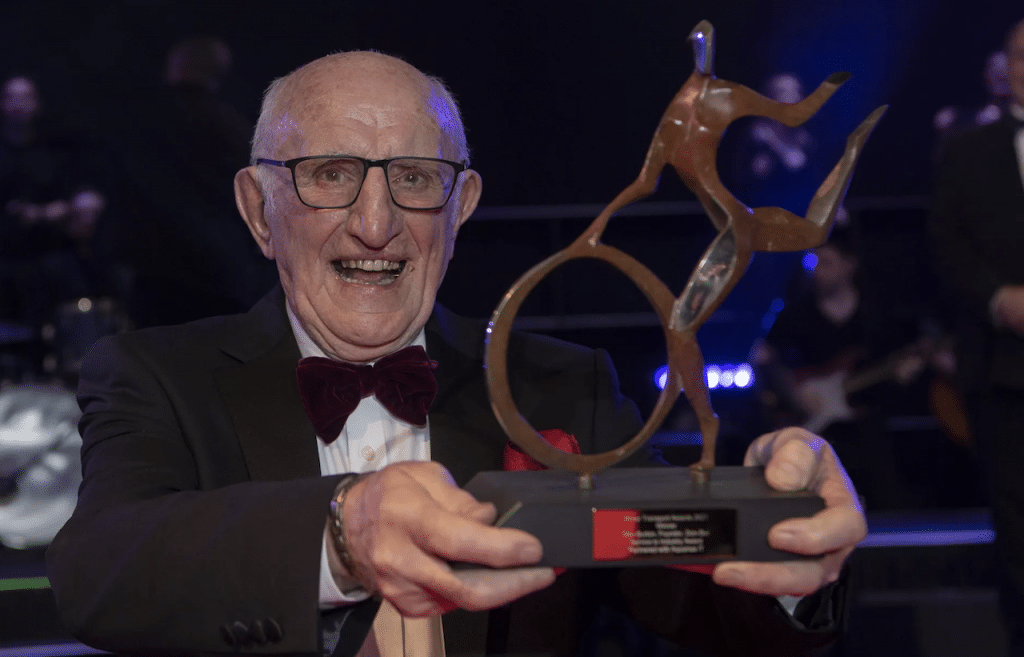 Don Burton has been awarded the coveted Services to Industry award at the 2021 Motor Transport Awards held in London.

As planned, according to UK-based OEM, Don-Bur, the announcement came as a complete surprise to him as the preparation had been done in complete secrecy.

“He lifted his trophy to a rapturous standing ovation and was visibly moved by the recognition,” Don-Bur said in a statement.

“He has worked in the industry since 1949 where he started for a coachbuilder in Longton, Stoke-on-Trent; not 100 yards away from one of the current Don-Bur Service sites. He founded Don-Bur in 1981, following a management buyout of Welfords Truck Bodies.

“Today, Don is 87, remains Chairman of Don-Bur and comes into work every day without fail. His dedication and dogged determination have transformed a small, local bodybuilder to the successful multi-million-pound business it is today. The Don-Bur group now turns over circa £50 million per annum and employs around 500 staff at six divisions throughout Stoke-on-Trent.”

For 35 years, the Motor Transport Awards, according to the event organisers, have been seen as a benchmark for excellence among UK road transport fleet operators, vehicle manufacturers and other innovators.