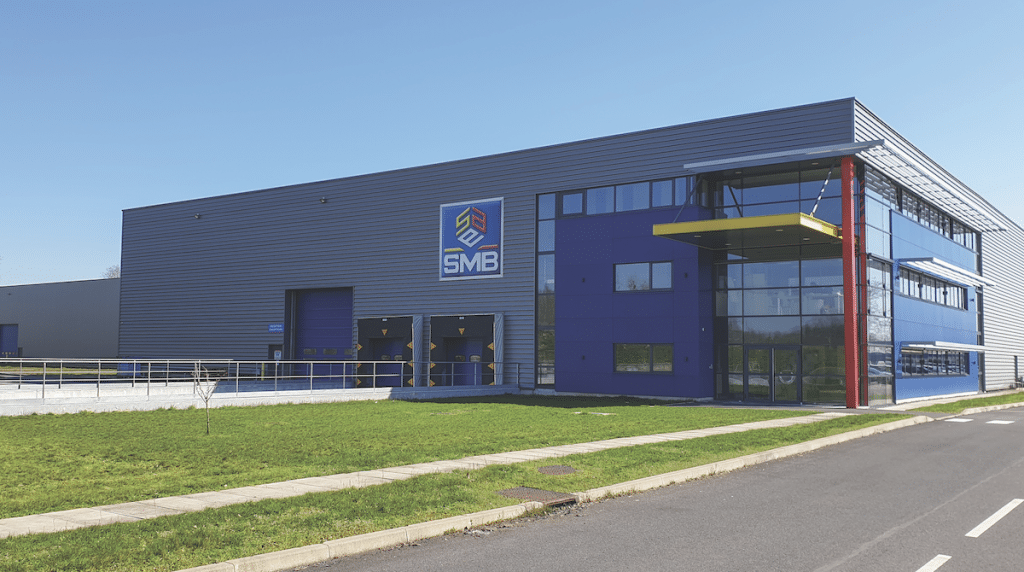 In 1947, three technicians specialising in mechanical engineering began the production of axles for industrial vehicles with the support of Thomé Industries.

The new company, Société Ardennaise d’Essieux, grew rapidly due to the reputation of the Thomé Industries group in the heavy industry sector as well as the technical know-how of its three creators.

Over the years, SAE has become a leader in the production of industrial axles in the French market, gaining a prestigious position on the European market, thanks to the quality and reliability of its products.

Specialised in assemblies and founded in the 1970s, the company SMB later became the exclusive supplier of axles and suspensions for all trailers of the General Trailers group (FRUEHAUF, BENALU, TRAILOR), Titan – including Fruehauf in Europe, Africa and Japan.

Since the 1990s, SAE has become a reference brand and united with the German group GIGANT, which specialises in the production of mechanical and pneumatic suspensions. This transaction enabled SAE to provide its customers with axles equipped with suspensions. Over time, the company has specialised in the supply of undercarriages for special or lowbed trailers, tanks, skips and forestry trailers by equipping them with steering axles with drum brakes or disc brakes.

In 2013, the ADR Group, the world’s leading agricultural axles, purchases SAE-SMB Industries and injects more than eight million euros. This investment enabled the business to renew its production tools by making it more functional and by adding a cataphoresis unit for anti-corrosion treatment of the axles. In 2019, in its race for international development, SAE-SMB Industries moved into the strategic Asian market with entities in India and China.

Following the strength of its engagements with its partners and good relations with its suppliers, SAE-SMB Industries launched a spare parts brand, NOS, that offers products test-approved by ADR Spa group.

SAE-SMB has a vast service network that covers all geographic regions where it sells. In Europe, there are more than 1,000 parts distributors and repairers across 20 countries including France. In North Africa, there are three independent distributors in three countries, while Asia has importers that ensure the availability of spare parts in eight countries.

During 2020, SAE-SMB remained open during the Covid-19 pandemic to supply its customers.

“We realised a turnover of 20 million euros with a net income close to balance thanks to this adaptation and the efforts of all,” said SAE-SMB.

“For 2021, we have defined our budget at 22 million euros. The objective for this year is to continue to focus on our business core with the axles and suspensions for specific application and in addition we will continue to provide our nine-tonne axle to the manufacturers and customers who have already experienced of our know-how in the past, when the axle SMB was the leader.”

The strength of SAE-SMB’s product offering is its eco-friendly processes.

“The bodies of the axles have monolithic tubular structure, with the integrated hot-forged spindles,” said SAE-SMB.

“The absence of welding in critical areas of the product ensures maximum reliability, durability, and optimised performance to weight ratio. The cataphoresis finishing coating gives the maximum protection and great effectiveness over time and sustainability as well.

“The process to produce the body axle led the designers to innovative choices about materials and mechanical solutions, focusing on the size of bearings, in view of the construction of a product suitable both for the western markets to the extreme working conditions of in some areas.

“In the testing centre axles and suspensions are tested both for the structural effectiveness and brake efficiency. Finally, the final verdict is on the road, where tested vehicles face their true conditions every day.” Research carried out in the SAE-SMB Industries design offices has shown results for technological innovation.

“All new technical solutions undergo a series of continuous tests that simulate the most critical working conditions and thus help the development of new products and the improvement of production,” said SAE-SMB.

“Once product features and functionalities are defined, whether for axles or safety parts, each product is tested for strength and durability. The simulations thus make it possible to select the best technical configuration to propose on the market.

“SAE-SMB Industries can thus select the best product at the best price. The selection of spare parts is made not only by the fame of the brand of the manufacturer but also by concrete comparative tests simulating the whole lifetime of the part.”

The manufacturer benefits from a fully refurbished ADR test centre which is part of the Uboldo plant near Milan, Italy, to carry out complete axle tests at the structural level as well as braking performance.

Component development has led to improvements in durability and maintenance frequency intervals.
The manufacturer can also incorporate hydraulic motors with its axles.

“Our pendular axles allow a good adaptation to the chassis by the adjustable positioning of the cylinder bracket,” said SAE-SMB. “Furthermore, the oscillation axis may be equipped on the customer’s choice with a bronze or composite bush.”