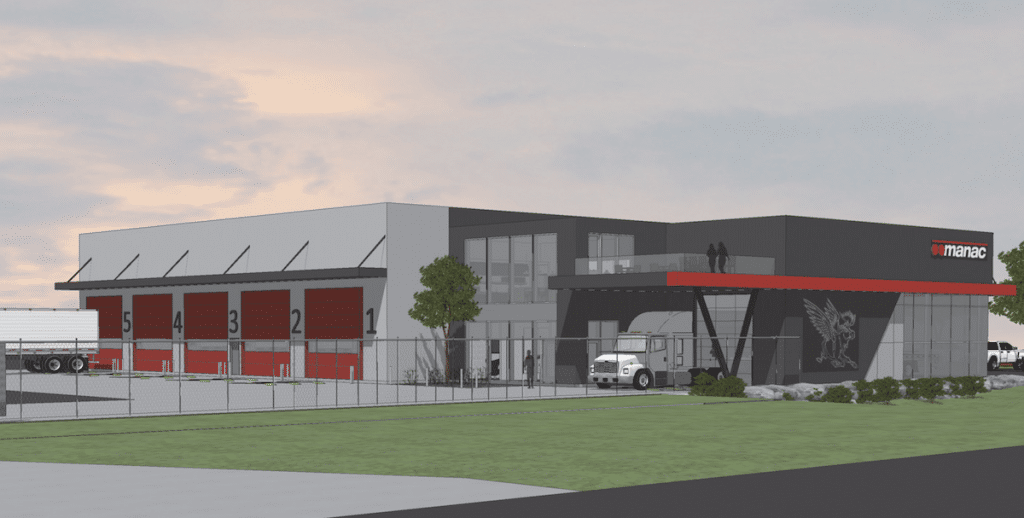 The 1,486-square-metre facility – located in Moncton East Business Park alongside the TransCanada Highway – will feature six service bays and will serve as a sales, parts and service centre.

It is also the first of several locations identified by the OEM in a five-year expansion plan to support increasing demand.

“We are excited about the future and we are looking forward to getting a full 360° view of the Atlantic marketplace,” said Manac Vice President of Sales & Marketing, Tom Ramsden.

“Additionally, our new facility will create several job opportunities in the Moncton area.