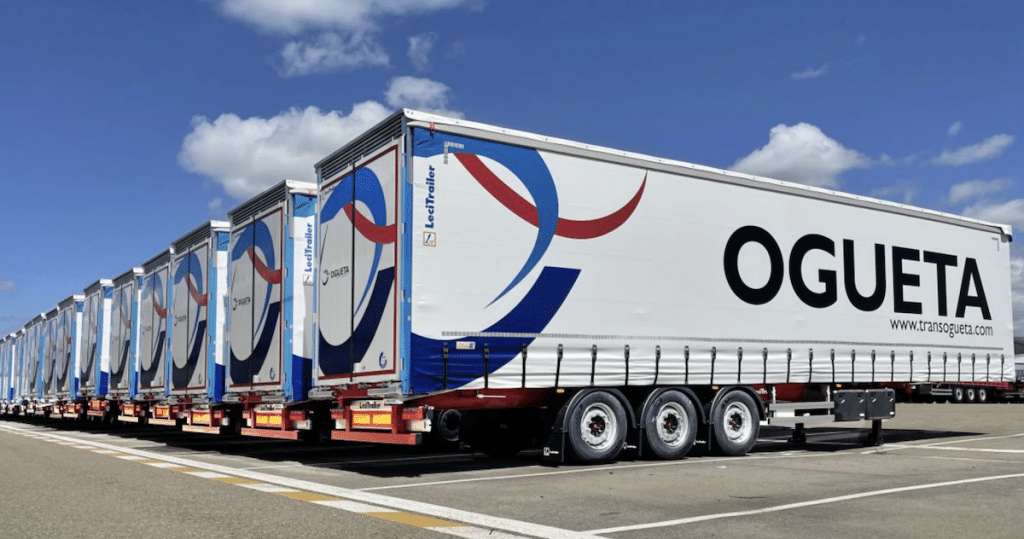 Trans Ogueta has entrusted the manufacture of its semi-trailers to Lecitrailer for 31 years.

In addition to the tarpaulin semi-trailers, the transport company is incorporating Evolution refrigerated semi-trailers in several different versions.

Headquartered in Álava, Trans Ogueta has modern and renovated facilities, with a 35,000-square-metre storage warehouse in which a part is equipped with a cold room. It also has a large parking lot, refueling service, wash and repair capabilities for its vehicles.

In other news, Sertrans achieved a 1,400-unit milestone with Lecitrailer.

In March, ABC Logistic expanded its fleet with 20 Lecitrailer trailers.