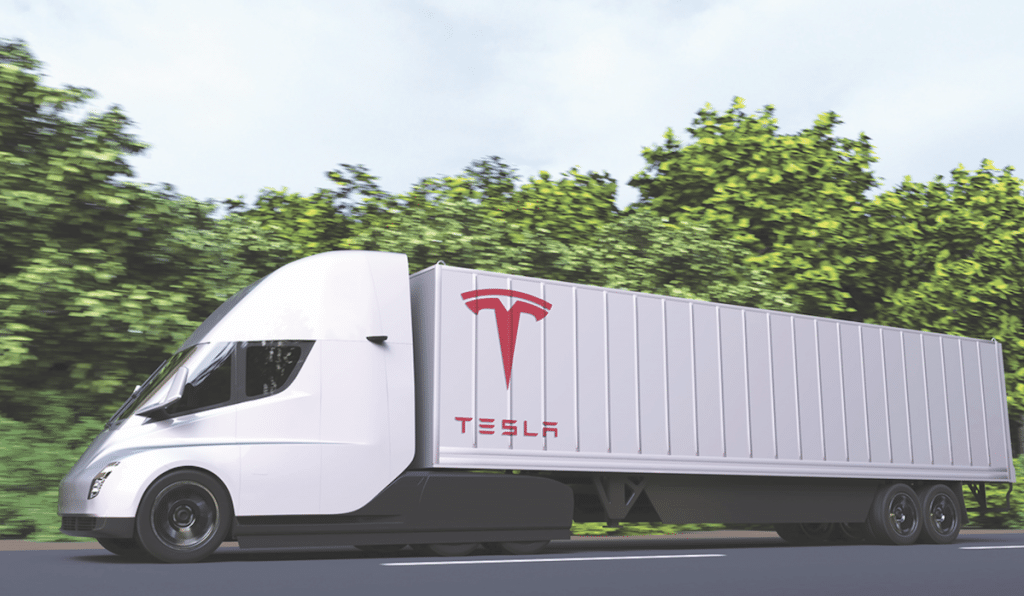 A submission made by Tesla late last year to the National Transport Commission (NTC) revealed that the first generation electric heavy truck the Tesla Semi was too wide by 34 millimetres for Australian roads under current laws.

Under Australian laws a commercial vehicle cannot, without special exemption, be wider than a 2.5 metres.

In the US, commercial vehicles like Class 8 trucks are permitted to be 2.6 metres long whereas in Europe the cap is 2.55 metres.

Tesla have called on the NTC to amend the laws so that its long anticipated electric truck can be made available here by as soon as 2022.

Given the size of the Australian market compared to North America and Europe, it is highly unlikely Tesla will modify its design.

Now the Australian Trucking Association (ATA) has joined a growing chorus of industry bodies — Austroads and the Truck Industry Council among them — in asking that revisions be made to the current regulations so that width dimensions on heavy vehicles increase to the European standard.

Local manufacturers have in the past objected citing safety concerns in regard to the impact increased truck sizes might have on other road-users and existing infrastructure.

As it stands the Tesla Semi isn’t legally fit for local roads although it was pushing for what it called “urgent changes” to Australian vehicle design rules.

“The Commission will be aware that given Australia’s small size in comparison to global markets, inconsistencies like this between Australian regulations and larger markets will delay or preclude vehicles coming to local markets,” said Sam McLean Tesla Public Policy Manager Australia and New Zealand.

The comments made by battery electric automotive company led by Elon Musk, which have since been made public, have prompted the NTC and “governments of all levels to prepare for rapid decarbonisation.”

The ATA claims the decision will only delay the introduction of zero emission trucks in the country.

“Electric and hydrogen trucks developed overseas will need to be redesigned for the Australian market to meet our dimension rules. This will slow the rollout of zero emission trucks in Australia,” said ATA CEO, Andrew McKellar.

McKellar said an increase in vehicle mass was also needed to encourage the purchase of newer, greener vehicles.

“Euro VI, battery electric and hydrogen trucks are heavier, which reduces the amount of freight they can carry and their commercial viability,” he said. “There needs to be an extra 500 kg axle mass allowance for single steer trucks and an extra 1000kg for twin steer trucks.”

Zero emission trucks were, according to McKeller, a reality and needed the right policy settings to increase their uptake in Australia.

“We are getting to the stage now where international vehicle manufacturers are bringing electric vehicles to the market,” he said. “To support this, government must ensure vehicle standards regulations are flexible enough to allow that to happen.”