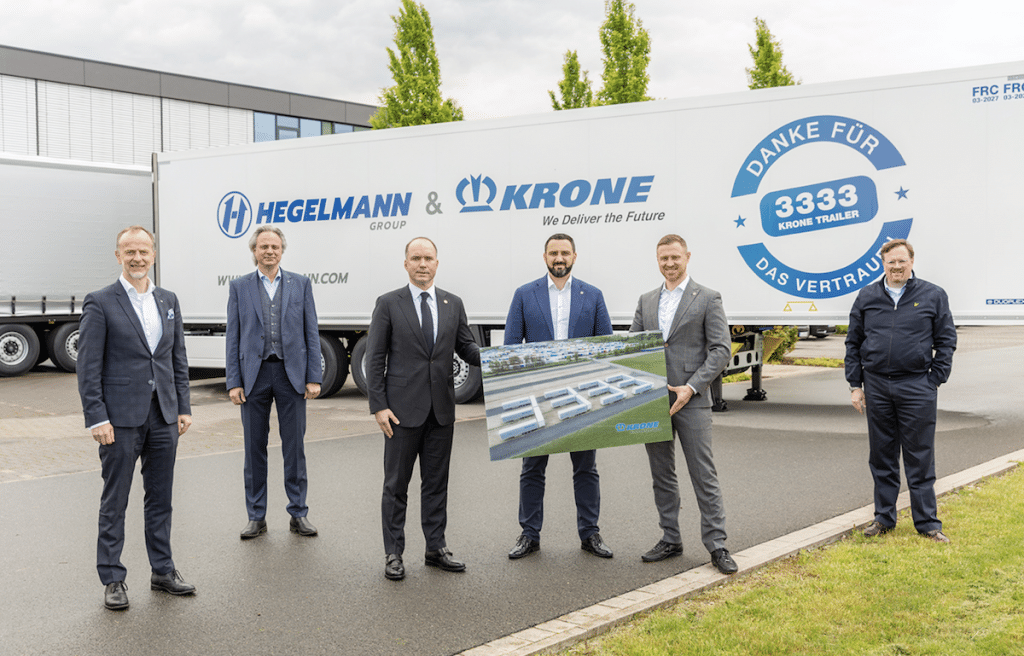 Chairman of the Supervisory Board, Bernard Krone, Managing Director, Dr Frank Albers, and the responsible Regional Sales Manager, Klaus Foser, welcomed the shareholders of the Hegelmann Group Siegfried and Anton Hegelmann in Spelle, who, accompanied by CFO Tomas Jurgelevicius, took delivery of the milestone vehicle. For this special event, the Cool Liner of the latest generation was provided with special lettering, which underlines the long-standing good partnership.

In addition to these vehicle types, Hegelmann also uses swap bodies and central axle trailers from Krone. The first order in this long-standing business relationship dates back to 2003.

Hegelmann Group was founded in 1998 and serves customers throughout Europe and as far as the borders of China via 26 branches.

The company employs 7,000 people, has a fleet of more than 4,000 trucks and generates an annual turnover of around 700 million euros.

In addition to the transport business, Hegelmann also operates its own service company with several locations in Europe which work closely with Krone Spare Parts Service: HT Trucks & Parts.

In other news, Krone has further strengthened its Dry Liner product portfolio in terms of quality and configuration variety through an extensive investment in industrial production lines.