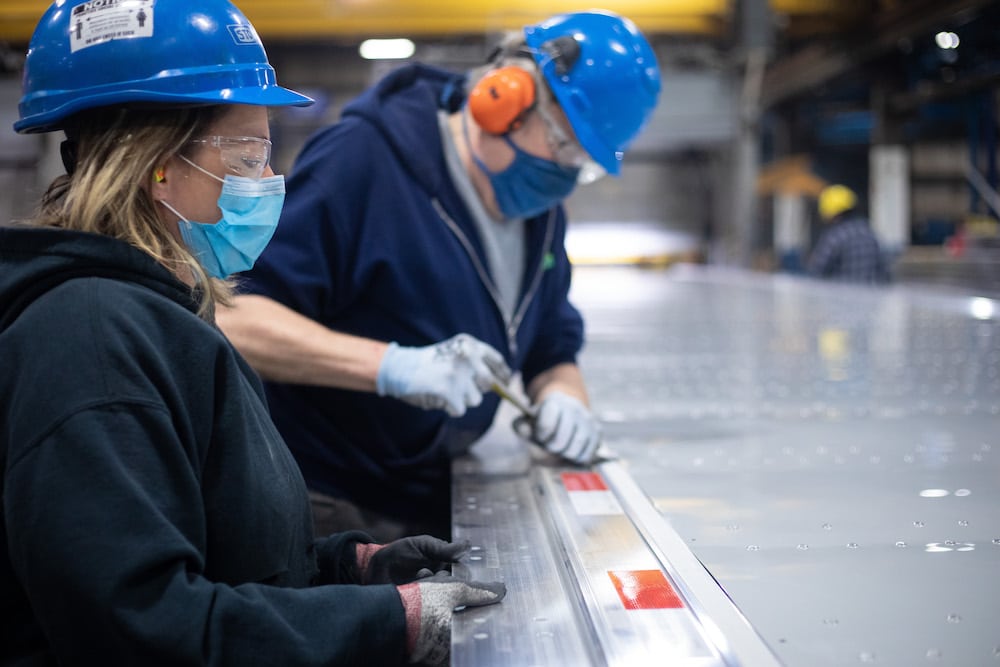 US OEM, Stoughton Trailers, is hiring hundreds of assemblers, welders and supervisors at its Evansville plant following a major reshoring win.

On 13 April, the US International Trade Commission made an affirmative final determination in the countervailing duty investigation on chassis and subassemblies from China with a 5-0 decision. The commission found that US producers have been materially injured by unfairly traded imports of Chinese chassis,paving the way for the imposition of trade remedy orders.

Stoughton Trailers and four other chassis manufacturers came together under the Coalition of American Chassis Manufacturers and worked with the legal team of Wiley Rein LLP to prove that unfairly dumped and subsidised imports of Chinese chassis were
injuring the US chassis industry.

Commerce is expected to issue its final antidumping duty determination on 11 May, and this decision is expected to drive the
total tariff to more than 232 per cent on Chinese chassis and subassemblies for a minimum of five years.

“Stoughton Trailers was producing thousands of chassis annually at its Evansville plant until 2005, when Chinese manufacturers intensified the dumping chassis and singlehandedly took the market.

“The Chinese were selling the entire chassis to US companies for less than the cost of the steel in the frame alone, which devastated Stoughton’s chassis production and forced the company to close its Evansville facility for several years until it began to build other products at the facility.

“When it became evident last year that rulings in favour of US manufacturers were likely, customers who previously bought Chinese chassis quickly became interested in Stoughton’s line,” he said.

Stoughton geared up to make improvements to its production process and began recruiting workers after it received a large order from a customer at the end of 2020.

“We’re also making all the subcomponents at our Stoughton Plant 5 to feed the Evansville assembly line,” said Wahlin. “We’re investing in automation and other improvements to both plants, knowing that we will be in a competitive position to sell chassis for years to come.”