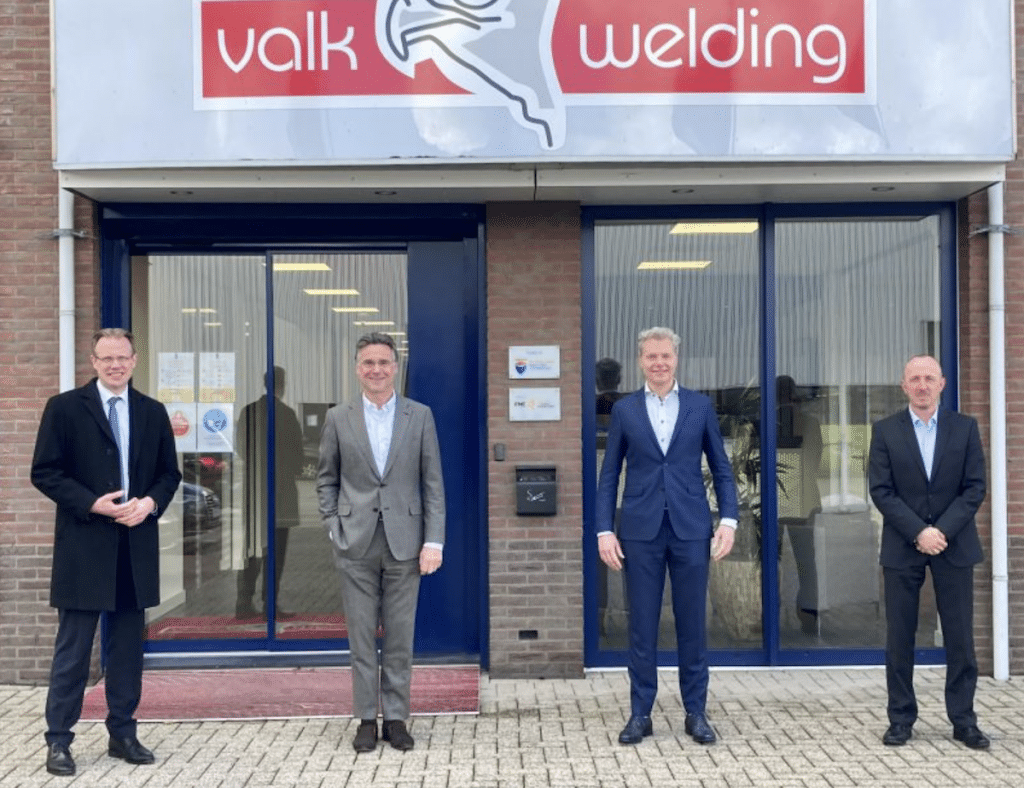 With the establishment of ‘LAS Verkoopmaatschappij’, the father of Remco H. Valk started on 22 March 1961 a company that in 60 years has grown into one of the largest welding robot integrators in Europe.

“Automation of welding technology has always been an important part alongside the sale of welding wire and welding equipment,” said Remco H. Valk. This led to the delivery of the first welding robot in the late 1970s.

The growth that followed was a result of active market developments in the field of welding technology, with branches also being established in Denmark, the Czech Republic, France and Germany from 2004 onwards, enabling Valk Welding to serve its customers far and wide in Europe.

The Valk Welding Group has 170 permanent employees and a permanent group of about 25 externals. Robot torches, sensors and cable assemblies are reported to be a crucial component of the All-in-One Valk Welding welding robot systems.

“These have been developed in-house and are made exclusively for Valk Welding welding robot systems,” the company said in a statement. “With its own production facility for these products for the robot torch systems, Valk Welding is now 100 per cent independent from third parties.”

In February 2018, bmi trailers invested in a bespoke robotic welding machine. The machine was supplied by Valk welding using the latest in Panasonic welding technology.