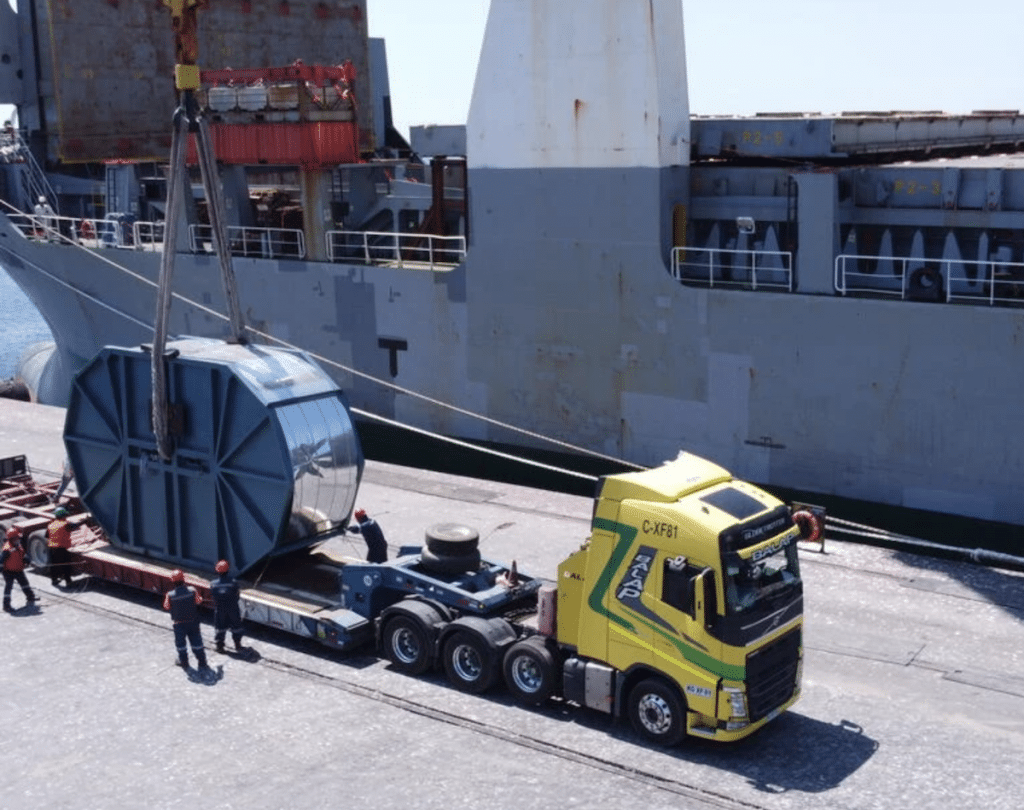 CEVA’s scope was to receive the conveyor belts directly discharged from the vessel onto low bed trucks in the port of Las Losas and to transport them to an intermediate site in Antofagasta.

The belts’ sizes and dimensions required special transport permits which had to be adjusted, as well as equipment and personnel on a daily base, due to constant shifts in the vessel’s unloading program caused by strike and climate impacts in Port of Las Losas.

CEVA, despite the logistical challenges of rotating staff and equipment during the two weeks of the operation, managed to maintain the availability of all its resources – complying with accreditations, Covid-19 protocols and Health, Safety and Environment (HSE) requirements.

All nine low bed trailers were positioned on time for direct reception from the vessel and transported immediately to the destination, avoiding detention of overtime charges in the stand by period at the port. The belt’s installation at the job site was delayed, hence the on time delivery was imperative for the customer, in order not to affect production.

Codelco congratulated CEVA Logistics for the successful delivery of these critical components on time.

“This action increasingly demonstrates the strengthening of the Industrial Projects and Energy Services (IP&ES) service in the Latin America region,” said CEVA Logistics.

Learn more about Chile in our market report.

In other news, CEVA Logistics moved its country head office in Thailand.