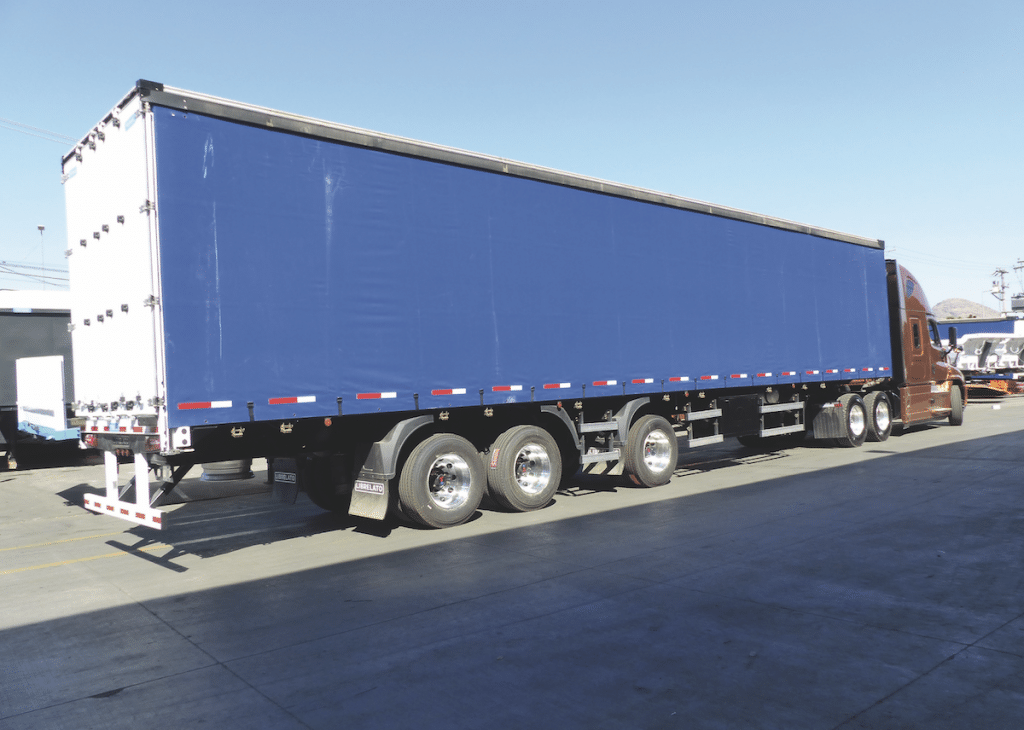 By the end of March, South America is expected to complete its Covid-19 vaccinations. This, according to Randon, will accelerate projects, kickstart projects that were on hold and shake-up consumption.

Producer prices in Chile soared 10.2 per cent over a year earlier in November of 2020, following an 8.1 per cent rise in the previous month. Prices advanced faster for mining and quarrying (18.6 per cent vs 14.7 per cent in November), namely copper extraction (22 per cent) and manufacturing (3.1 per cent vs 2.4 per cent).

Meanwhile, Chile’s trade surplus shrank to 1,423 million USD in December of 2020 from 1,523 USD in the same period of the previous year. Imports surged 9.8 per cent over a year earlier to 5,721 million USD, amid higher purchases of consumption goods (22.7 per cent) and intermediate goods (11.7 per cent). In contrast, acquisitions of capital goods decreased (-3.4 percent). Exports rose at a slower 6.1 percent to 7,143 million USD, mainly boosted by sales of mining products (9.4 per cent), in particular, copper (6.7 per cent), iron (6.4 per cent) and silver (153 per cent). Shipments also increased for agricultural, forestry & fishing goods (11.4 per cent), but they fell for manufactured products (-1.6 per cent).

So, the numbers reveal that while economic conditions have been challenging for the South American country, it continues to lead the world with its thriving copper industry.

Copper is a mined metal that provides jobs and promotes a higher standard of living, the Copper Alliance asserts. It claims one tonne of copper brings functionality in 40 cars, powers 60,000 mobile phones, enables operations in 400 computers and distributes electricity to 30 homes. This resource also contributes to food supply infrastructure, carbon dioxide reduction and sustainable development. The global economy depends on it, driving almost half of the world’s Gross Domestic Product (GDP) either directly or through the use of that products that facilitate other industries.

A report from the International Council of Mining and Metals notes that the mining industry is a major force in the world economy and that foreign exchange earnings from mining can create positive developmental effects.

Just look at what bulk haulage company, Tambo, is doing in the country with Meiller tippers. The family business, led by Camilo González Pendola, uses vehicles fitted with Meiller superstructures to perform under harsh operating conditions. Due route access limitations with heavy vehicles on public roads, fleets have been opting to lease equipment for contract work rather than purchase new tippers outright. Tambo, however, depends on its own vehicles and drivers to transport soil, concrete and rubble. Capitalising on industry trends, though, Tambo does lease out its gear and personnel where needed, increasing their demand upon request.

Pendola maintains a modern fleet and replaces his business’ vehicles every three years or so, while earthmovers are switched out every five or six years.

“Quality has paid off in the shortest possible time, proving the superiority of this equipment to that of other manufacturers,” said Pendola. “In addition to the excellent workmanship of these vehicles, the service provided with regard to wear and spare parts is far superior to that of other competitors.” Transport companies can only exploit specific time windows for accessing the mines, Meiller stated. The repair of vehicles on the mine site is prohibited, and a breakdown can easily mean that the tipper is out of service for two days. This does not apply to Meiller tippers.

“On the one hand, we’ve experienced a lot fewer technical problems since we’ve been using Meiller vehicles and, where a small repair is necessary, waiting times until the spare part is delivered are also practically negligible,” said Pendola.

As the company now also has a secondary line of business in the sale of used vehicles after a certain period of use, resale value is also an important issue, as Pendola explains: “After three years of use, Meiller tippers are in a significantly better condition than tippers from other manufacturers. Practically no investment in maintenance is required prior to sale, and repairs are also unnecessary. That’s not the case with other vehicles.”

Chile is one of the most prosperous countries in South America due to the resource, copper, according to Meiller. “This is primarily extracted in the El Teniente mine in Rancagua, the world’s largest subterranean copper mine. Estimates suggest that 100 megatonnes of fine copper lie underground in this location. A network of 3,000 kilometres of drifts has been developed to access this valuable major export, and around a half a million tons of fine copper are produced from the ore mined each year. However, ore, rock and soil first need to be transported to the surface, and this calls for a haulage company with vehicles designed to do the heaviest of work and continuous operation.”

A snapshot of the local trailer manufacturing scene
Since 2013, Brazil-based OEM Librelato has maintained an active presence in Chile, developing a complete range of products which are adapted to the local market. These vehicles include flatbeds, tippers, curtainsiders, tankers, and silos. Sales in the country are made through the company’s dealer and partner, TREMAC, which is one of the biggest local trailer builders and boasts more than three decades in the local market.

“As a mining and agricultural economy, the biggest demand of trailers are related to flatbeds and tippers, but fuel and bulk material transport (silos) can’t be disregarded,” said Zilio. “Even though Chile doesn’t have a big market, customers demand medium to high level technology products, built in high strength steel and equipped with EBS and RSS safety systems.”

As the global economy and mainly Chinese market is recovering, according to Zilio, metals demand shall rise this year. Copper prices will drive growth in the Chilean economy. “Looking at this scenario we expect a trailer market recovery of 20 per cent for 2021,” he said – adding that the trailer market has been relatively stable over the past few years. “Chile has a very stable economy, based on copper mining which has been the case for decades. The only notable change here has been improvement to trailer technology. According to global economic trends, Chile’s trailer market floats between 2,400 and 3,200 units and we can’t see a bigger market than that for the next couple of years.”

At the end of 2019, Chile faced serious social and political crises which were exacerbated by the Covid-19 pandemic. Zilio said the local economy hit the ground and in Q4 2020 has only just started recovering.

“There are still some reforms being discussed by parliament but already we can see the country is stabilising.”

Enforcing emissions standards and electromobility concerns
Chile’s vehicle industry association, ANAC, announced in September last year that Euro 6 emission standards would be implemented for light and medium duty vehicles as well as commercial and passenger vehicles. In under a decade, Chile will carry out for the second time an update in the requirement of its emissions standards to align with the European Union, US, Canada, Australia, Korea and Japan.

This standard, ANAC explained, in addition to reducing by 56 per cent of the emissions of nitrogen oxides (NOX) and particulate matter (PM) emitted by light and medium vehicles compared to what is determined by the current Euro 5, will establish a more demanding test procedure, with higher speed cycling, more dynamic acceleration and deceleration, and driving simulations under the latest industry parameters, as well as more stringent vehicle measurement conditions.
“As has been done with previous emission standards and with other types of regulations, such as vehicle safety and constructability standards, a close and timely work was carried out here in conjunction with the authorities of the ministries of Environment and Transport, with the aim of preparing the market and factories from more than 29 different origins in the best way possible which is where these vehicles are imported to Chile,” said ANAC Secretary General, Diego Mendoza.

He added it is also worth highlighting the gradual implementation of this regulation, as is done in the most developed countries, in order to prepare in advance the importation of the products of the vehicle manufacturer brands in Chile.

“It is a tradition that Chile is a country of reference and a leader in advancing these requirements for vehicles,” said ANAC President, Roberto Maristany. “This has been highlighted by the manufacturers in their home offices and we are recognised as a pioneer in implementing these measures.”

In the beginning of 2021, ANAC warned that fines for energy efficiency standards could lead to discrimination against vehicles from certain origins.

The union, according to ANAC, emphasised that the Ministry of Energy and Transport must respect current international practice and the gradual and rational application for setting its energy efficiency standards in light and medium vehicles. On the other hand, in heavy vehicles there are no standards that can be homologated abroad, so this standard should not be the same as that of light and medium vehicles.

The first Energy Efficiency Law that Chile will have, and which had been approved in Congress on 7 January will seek to promote the renewal of the Chilean vehicle fleet with more efficient vehicles, with emphasis on those with electric propulsion. Said fundamental pillar – which the Association shares and stands out as positive – must necessarily go hand in hand with the unrestricted adherence to current international standards regarding the setting of energy efficiency standards according to the category of vehicle in question.

The bill, ANAC said, will empower the Ministries of Energy and the Ministry of Transport and Telecommunications to set fines for non-compliance with energy efficiency standards for the fleet of new vehicles, whose responsible for payment will be the representatives and importers of each brand.

Said fines, being measurable in ‘kilometres per litre of gasoline equivalent’ and multiplied by the total annual sales, could produce discriminatory effects or could result in a ban on the entry of vehicles from specific origins (especially for those origins with a greater volume of commercialisation), affecting the application of international treaties ratified by Chile and the economic complementation agreements signed that allow importing vehicles from more than 28 origins, without admitting favourable distinctions – or application of sanctions.

From the union they point out that gradualness and adherence to international practices will be key in the definition of the new standards, all of which is already enshrined in the Law. Therefore, the standards should be dictated within the terms of 12, 36 and 60 months established for each type of vehicle (light, medium and heavy, respectively).

“As a sector, we believe that the differentiated tax treatment for electric vehicles purchased by companies (accelerated depreciation) is positive but there is a lack of incentives that could be applied to individuals, as occurs in countries with advanced electromobility,” said Mendoza. “Progress is needed in extending public charging networks and ensuring their interoperability, since otherwise electric vehicles will not be attractive to consumers.”

In regards to light and heavy commercial vehicles (including trucks and buses), ANAC agreed it would be harmful to apply the same efficiency formula that is sought for automobiles, and as in other economies that have applied such standards, in Chile they should be measured differently since the application of fines for them could lead to the subsequent increase in the price of all goods transported by land.

Fast Fact
Two of the world’s largest antenna transporters, named ‘Otto’ and ‘Lore’ after the owners of SCHEUERLE, are also reported to be recognised for their outstanding technical characteristics. Since 2007, the international research project ALMA (Atacama Large Millimeter Array) has been using these to transport gigantic radio telescopes up to heights of 5,000 meters above sea level in Chile. The design, production and delivery of the antenna transporter was a one of a kind. The European Space Observatory (ESO) approached SCHEUERLE to create a custom made transporter for this very special application.