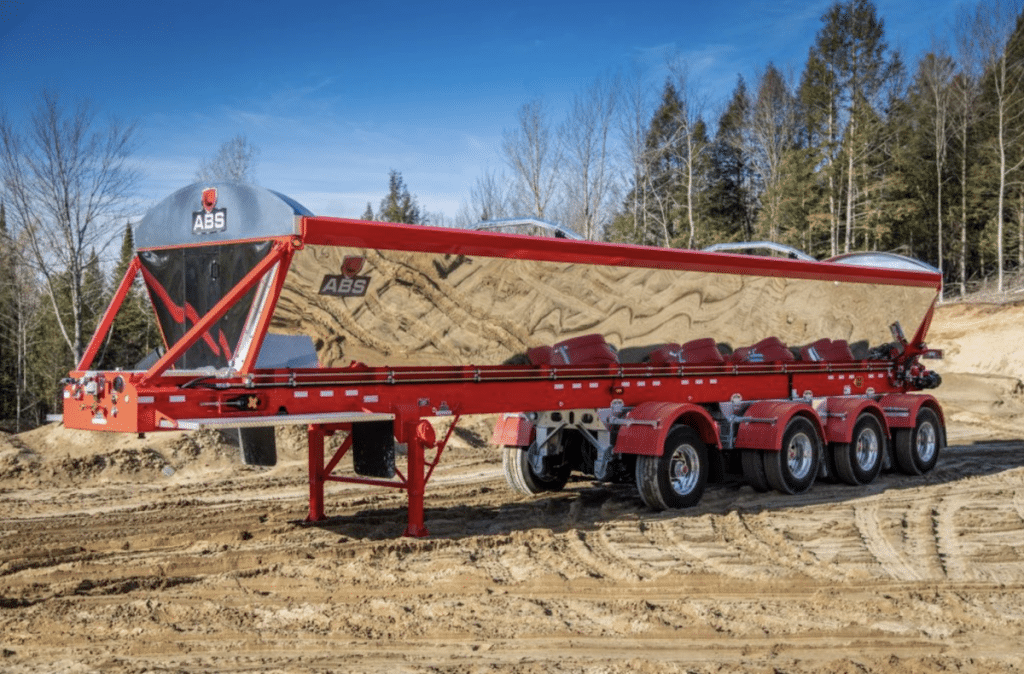 The LRC product line, according to ABS, allows for increased payloads without sacrificing the robustness and durability of ABS’ trailer range.

“The new LRC model has been engineered with transversal I-beams to connect the conveyor system to the trailer frame resulting in a 30 per cent increase in strength compared to the standard model,” ABS said in a statement.

“The direct connection of the conveyor accelerates the unloading speed by 16 per cent compared to the hydraulic block connection.

“The LRC has newly reconfigured pressure dials and connectors as well as the addition of a front access door. We have also redesigned the scraper mechanism to restrict residue that can accumulate on the belt and finally, the door cylinders have been relocated to optimise the operation. All of these changes have been made with the goal of increasing the safety and ease of use for the operator.”

ABS was founded in 1987. The company’s production facility is based in Val des Sources, Quebec.