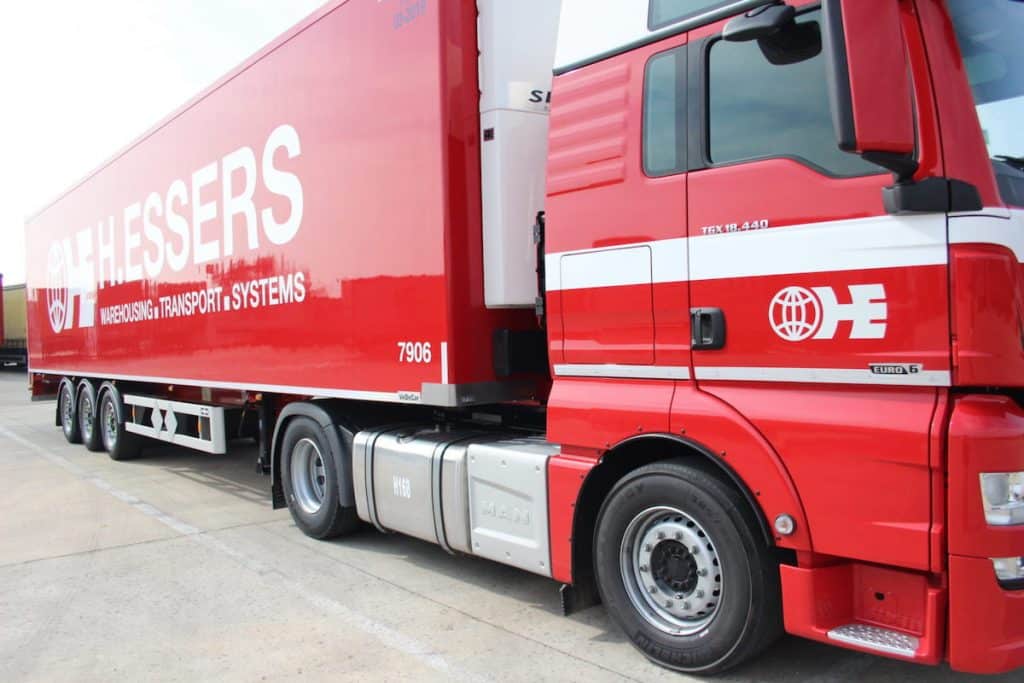 Environmental organisation, BOS+, no longer objects to the permit issued by the Limburg Permanent Deputation allowing H.Essers to cut down almost nine hectares of forest trees on the former Hörmann site at Genk-North industrial estate in Belgium.

BOS+ appealed to the Council for Permit Disputes in the spring of 2020 because of alleged flaws in the licensing process. The Council was receptive to the arguments of BOS+ and decided to suspend the licence with extreme urgency.

The procedure for the judgment on the merits is still ongoing according to H.Essers. Both parties have used this period to enter into dialogue and have now reached an agreement which benefits both the environment and the economy.

As part of its sustainability policy, H.Essers is committed to minimum deforestation and maximum biodiversity development. In response to this formal commitment, BOS+ is suspending the pending procedure against the Woudstraat permit.

BOS+ and H.Essers first had a conflict of interest in 2013 when the logistics company cut down part of the Ferraris forest in Wilrijk. This was met with great dismay by the environmental movement, especially by BOS+ as a forest conservation organisation. A few years later, BOS+ and other environmental organisations took legal action against the expansion plans of H.Essers on the Transportlaan in Genk, in Natura 2000 forest area. In those proceedings, the Council of State annulled the licence that had been issued earlier by the government.

In the spring of 2019, another conflict of interest arose when the logistics company applied for a permit to rebuild the old Hörmann site, on the nearby Woudstraat in Genk. This is a partially developed 15 hectares industrial area which also requires nine hectares of deforestation to make it ready for use by H.Essers. As BOS+ saw serious shortcomings in the licensing process, it went to the Council for Permit Disputes. One of the points of BOS+’s criticism was that the permit for felling almost nine hectares of forest was issued without an Environmental Impact Assessment (EIA). An EIA evaluates the impact of the development on the environment and assesses whether there are any more suitable alternatives. In this case, the Flemish government had ruled that there was no EIA requirement, but BOS+ contested that decision. In a first ruling of urgent necessity, the nature organisation was heard and the permit was suspended by the Council for Permit Disputes. As a result, the H.Essers had to wait for a final ruling and the expansion would be considerably delayed anyway.

“BOS+ has always said that this so-called battle between ecology and economy is a false contradiction, and we have always looked for dialogue,” said BOS+ Director, Bert De Somviele.

“A company with 6,600 employees and active in 19 countries which asks BOS+ to sit down at the table in all openness and to look for solutions, is not only the result of our years of thorough and principled work.

“You cannot take this lightly as a nature organisation and you should shy away from a pragmatic and constructive approach and look for a solution together.

“The fact that the threatened forest in the Woudstraat is located in an industrial area, and therefore enjoys little protection under Flemish law, also plays a role,” he said.

H.Essers CEO, Gert Bervoets, said the company often takes the lead in logistical developments, particularly with a focus on sustainability.

“In order to contribute to a valuable future, we are focusing more than ever on a sustainable strategy,” said Bervoets.

“Because success, in our opinion, is more than the sum of income and quarterly figures.

“Caring for the environment, for our employees and customers, doing business with the generations of tomorrow in mind, that’s what really matters in the end. And when you see what our team has already achieved in that area and the projects still in the pipeline, we can only be very proud. We are glad that we have found a future-oriented match with BOS+ within these ambitions.”

As part of the agreement, which is fully in line with H.Essers’ sustainability policy, the company formally commits to a halt to further deforestation, after completion of the ongoing plans for the Woudstraat in Genk. For forests with protected status or high ecological value, this halt will be absolute. Only in the designated industrial zones – i.e. zones located in industrial areas, areas for SMEs, crafts and industry or similar spatial zonings – limited deforestation remains possible.

In the agreement, H.Essers commits to a maximum of 10 per cent deforestation of a site’s area, with an upper limit of two hectares for sites larger than 20 hectares.

H.Essers will also carry out compensatory afforestation for the trees cut at Woudstraat, which exceeds the legal requirement of approx. 12 hectares. It concerns an afforestation of 17.1 hectares in the municipality of Oudsbergen. The trees will be planted in the 2021-2022 planting season at the latest. The agreement also included a clause relating to the Ferraris forest in Wilrijk. The H.Essers Wilrijk site is a 33-hectar industrial estate, of which 29.5 hectares has already been developed or is under development for logistics activities. The remaining 3.5 hectares is covered by a centuries-old forest, the so-called Ferraris forest, located along Fotografielaan. In 2013, the two parties were still diametrically opposed to the survival of this forest. Part of it was then cleared, according to the permit issued, which led to protest and even an occupation of the forest. In the agreement, H.Essers commits itself not to further exploit this forest.

“This is a great victory for forest conservation in Flanders, because these centuries-old Ferraris forests are of enormous ecological importance and are de facto irreplaceable,” said De Somviele.

“In the past, these kinds of battles have painfully demonstrated that we have reached the limits of our spatial disorder. On both sides of the spectrum, both the environmental movement and economic actors are confronted with the consequences of decades of mismanagement of our space, as a result of which it is gradually becoming impossible to realise coherent developments in a Flanders that is so fragmented, whether it concerns the expansion of forests or the opening of new business zones.

“The fact that H.Essers and BOS+ have now reached an agreement proves that things can really be done differently and that a future for our valuable forests, even in industrial areas, is possible.”

Both parties have called on the government to provide a structural solution for this issue. The future of this part of the Ferraris forest can be legally secured through a rezoning of this industrial area. Consultation with the city of Antwerp is currently underway to definitively protect this area via a spatial implementation plan (SIP).

Finally, the logistics company is also committed to improving biodiversity in the business parks it owns. At least 15 per cent of the area will be managed as biodiverse green space on the existing and future sites.

H.Essers also included the commitments of this agreement in its sustainability report, which the company published at the end of last year.

Both parties emphasised that at no time there has been or will be any form of financial compensation or contribution in kind. Each party will also bear its own legal costs and BOS+ will not take an active role in accomplishing the forest compensation of 17.1 hectares in Oudsbergen by H.Essers.

“We are convinced that this is an honourable agreement which will benefit both the economy and the environment,” H.Essers and BOS+ said in a joint statement. “H.Essers and BOS+ have thus proven that together they can write a sustainable story that benefits both nature and business.”