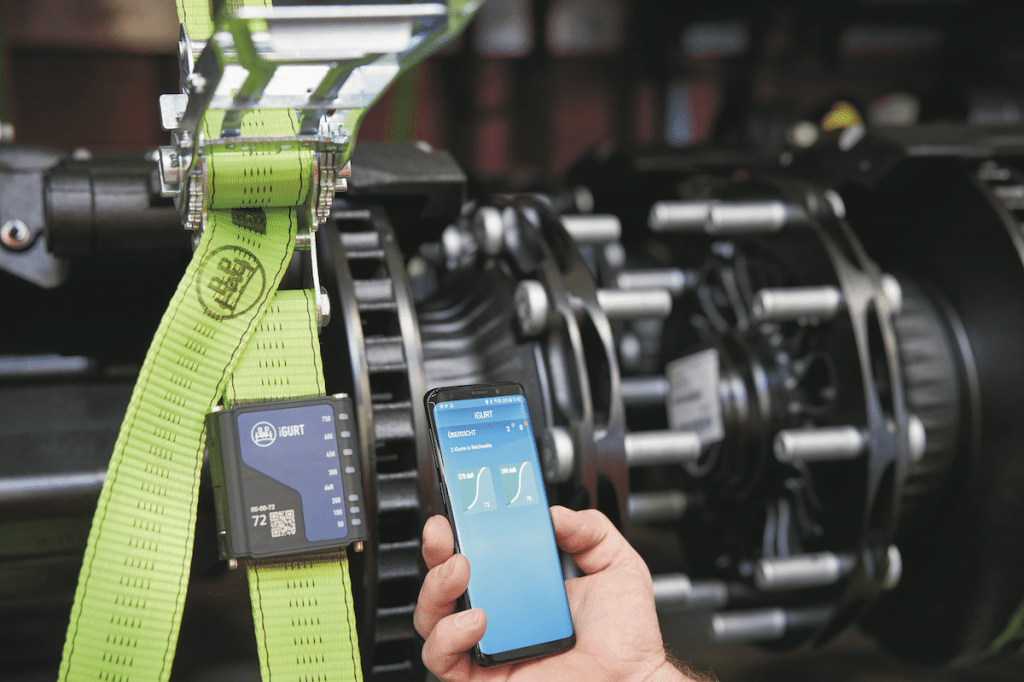 BPW is marketing the iGurt, an intelligent sensor that monitors the tension of the lashing strap on a secured load. The sensor measures the preload during the lashing and during the drive the unit displays this on the housing, the operator’s smartphone and via the telematics portal (upon request).

Purchase of the iGurt is eligible for funding via the De-minimis program of the German Federal Government.

“iGurt is a great asset for transport safety because it is an economic purchase and is absolutely uncomplicated in its use at that,” said Uwe Schöbel, Head of the Dolezych Technology Department.

“Dolezych and BPW have worked together closely in coordinating the entire system. Freight forwarders, professionals from transport industry and drivers were involved in the development work, which makes the system so practical.”

BPW Product Manager Katharina Kermelk added: “BPW and Dolezych are successful, globally operating family-owned companies from North Rhine-Westphalia (NRW) with profound development knowledge, which actively shape the future and invest in new ideas. We are happy with this collaboration; together, we can leverage innovative solutions for safety in transport”.

The intelligent load securing is also a fixed part of the BPW campaign ‘Movin’ Stars’. This involves a total of four test trailers with system solutions from the BPW Group, which the freight forwarders can test for four to eight weeks each, free of charge.

An inadequately secured load is thought to be the cause of about 20 to 25 per cent of traffic accidents involving heavy goods vehicles according to BPW.

“Regulatory bodies find fault with more than 70 per cent of inspected vehicles due to insufficient securing of loads,” said BPW. “High penalties with costly and time-consuming re-securing and reloading work are the result, as well as high insurance costs. The iGurt results in lower staffing costs for dealing with accidents – in addition, there is a noticeable benefit in road safety, driver motivation and customer satisfaction.”