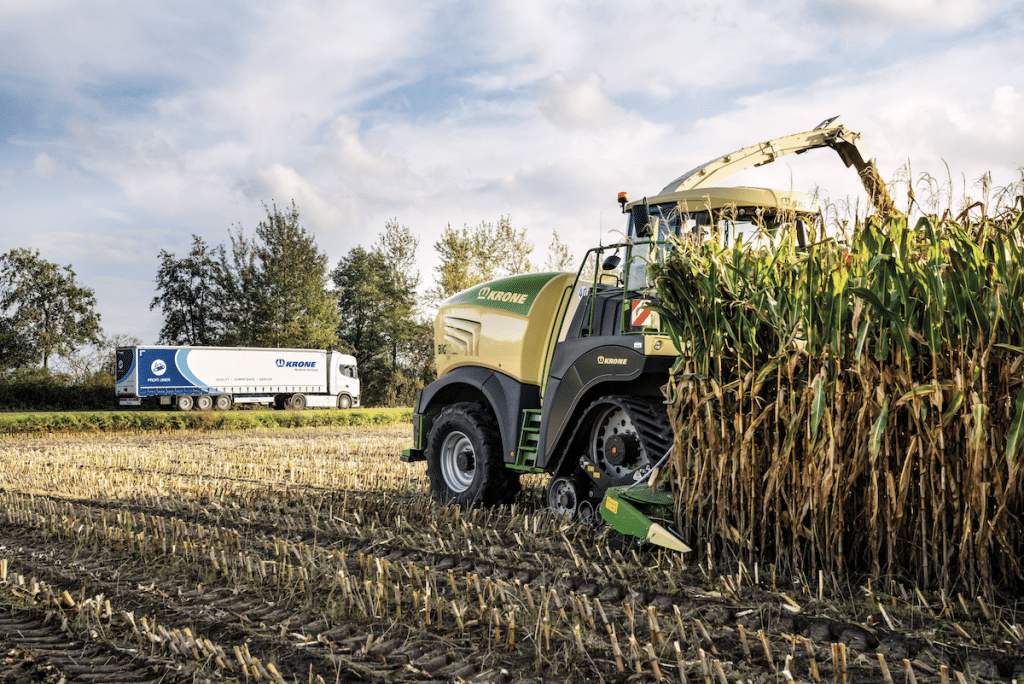 The Krone Group has released its latest financial results.

With the pandemic taking centre stage, other topical issues like the Brexit negotiations and various protectionist import tariff measures have taken a backseat although these did have significant impacts on the international operations of the Krone Group.

While the agricultural machinery division continued to grow, Commercial Vehicles lost business. In the last financial year the Krone Group generated a turnover of €1.9 billion (previous year around €2.2 billion). About 32.9 per cent of the domestic sales were accounted for by the Agriculture and 66.8 per cent by the Commercial Vehicle business. With about 29.3 per cent of all sales being generated in the domestic market (previously 30.9 per cent), 70.7 per cent of the Krone sales revenues were generated in markets outside Germany (previously 69.1 per cent).

The Krone Group employed a workforce of 5,375 in more than 15 countries in the last financial year (previously 5,292).

Total investments of €60.2 million (previously €92.9 million) were offset by depreciation of €37.2 million.

This growth was mainly attributed to a number of investments at various production and office sites.

Liquidity increased by €69.6 million to €205.0 million. This was accounted for by the decrease in receivables from goods delivered and services provided and stocks. Equity increased from €585.1 million euros to €588.7 million euros as of the balance sheet date. The equity ratio of 44.1 per cent did not change significantly over the previous year (44.8 per cent).

The medium and long-term debt capital increased from €424.4 million to €426.4 million euros in the 2019/2020 financial year. The Group has mid- and long-term capital to the value of €1,015.5 million (previous year 1,010.0 million euros). This covers both fixed assets and the entire stock assets as well as many of the receivables.

To further increase both product quality and production capacity, Krone has been steadily investing in digitalisation, automation, connectivity and telematics at nearly all production sites.

In summer 2020, the new validation centre in Lingen became operational. Known as the Future Lab, this test facility uses various high-tech procedures to test the service life, quality, functioning and operability of components, which will reportedly have a positive impact on product quality.

Bernard Krone, Chairman of the Krone Holding Supervisory Board, summarised the group performance: “The pandemic has shone a light on the economy sectors that are really important.

“Agriculture and transportation are clearly amongst them. As we look back on the 2019/2020 financial year, we are pleased to find that Krone expanded its market shares in areas of its business activities. This is reflected by yet another sales increase to €732 million in the agricultural machinery market and €1.16 billion in sales generated in the far more volatile commercial trailer market.

“On the whole, the Krone Group was able to achieve a respectable result worth €1.9 billion. Although the current effects of the pandemic combined with climatic, political and economic factors make it difficult to gauge what the future holds, we do anticipate sales in the current financial year to be at the previous year’s level.

“In the long-term, however, the Krone Group will continue to serve two major trends. The Earth’s population is expected to reach 10 billion by 2050; all these people must be fed and to do this we need state-of-the-art agricultural equipment and seamlessly networked logistics. This outlook makes us take an optimistic approach for the future.”

Krone said it has introduced a program of modernisation and automation across all our production facilities. Of particular note is the Herzlake plant, where the assembly lines for the Dry Liner series and shell lines for swap bodies are now highly automated.

A new robotic production line for swap bodies is now close to completion.

The investment in a new double-head friction welding machine capable of increasing capacity at the Dinklage plant to over 100,000 axles per year is also worth mentioning.