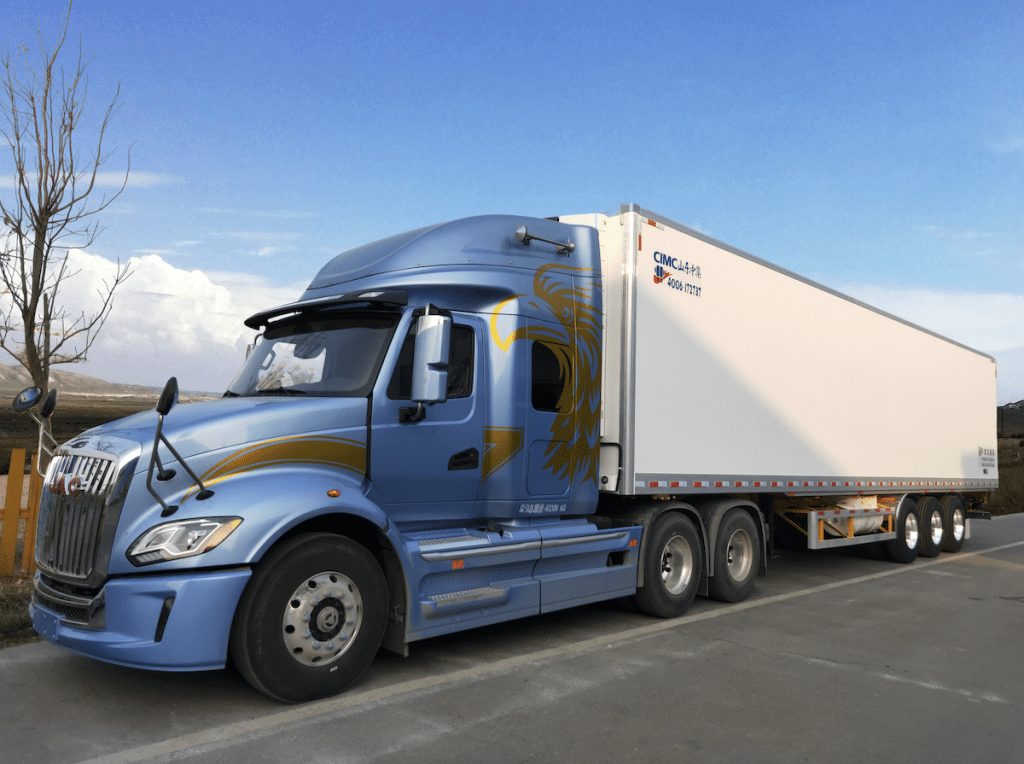 China-based OEM, CIMC Vehicles, has announced a revenue increase of 7.3 per cent for the first three quarters of 2020 which amounts to approx. €2.4 billion.

Sectors that use speciality vehicles such as e-commerce logistics and cold chain transportation have experienced strengthened momentum which has, according to CIMC Vehicles, bolstered the new development landscape in China. This follows a dual circulation strategy that stresses internal circulation as its core as well as international circulation for driving each other.

This coupled with state policies has reportedly resulted in “impressive” performance of China’s special vehicles market (semi-trailer and truck bodies) in 2020.

The Chinese Government’s rapid response to the issue of over limit and overloaded vehicles by implementing new national standards for second generation trailers has helped CIMC Vehicles achieve notable growth in its semi-trailer business in the Chinese market.

With the support of the new infrastructure initiative, truck bodies for CIMC’s specialty vehicle business delivered solid performance. Sales of its intelligent environmentally-friendly urban dump trucks as well as light and durable cement mixer trucks continued to rise, leading to substantial revenue growth of truck bodies for specialty vehicle business and increased proportion of the business in total revenue.

As a result of various driving factors, CIMC Vehicles achieved revenue of over 18.80 billion RMB for the first three quarters of 2020, representing year-on-year growth of 7.3 per cent. In addition, its operating cash flow increased by 26.2 per cent year-on-year to over 1.61 billion RMB. Despite Covid-19, the company recorded a sound financial position.

“The global economy has been hardest hit this year by the once-in-a-century ‘black swan’ event – Covid-19 pandemic,” the OEM said in a statement. “Though the mainland market already resumed operation and production in March, overseas markets had just started recovering, so their economic performances for the first three quarters inevitably impacted our results to some extent.”

The announcement has showed that order volume from overseas markets started rebounding from September 2020.

According to data from US transportation intelligence FTR, September trailer order volume in the US “surged” to the third highest reading in history. It increased from 23,500 units in August 2020 to 52,000 units in September 2020, compared with only 18,600 units last September, up by 121.3 per cent month-on-month and 179.6 per cent year-on-year. Net trailer orders for October set an all-time record at 56,500 units, increased by 68 per cent year-on-year and up by 8.7 per cent month-on-month. In other news, the proposed initial public offering (IPO) of CIMC Vehicles has been approved by the GEM Listing Committee of the Shenzhen Stock Exchange.

The proceeds from this IPO are intended to be invested in projects related to the Group’s main businesses. The proceeds from the IPO are expected to be used for its digital transformation and R&D projects upgrade and construction of new Light Tower plant projects, new marketing and construction projects, as well as repayment of bank borrowings and replenishment of liquidity.

“The Group has endeavoured to promote technological innovations and product compliance in the industry,” the management of CIMC Vehicles said in a statement.

“Capitalising on this A-shares listing, the Group’s financing channel and global businesses will be strengthened. The Group will accelerate the strategic layout of its global semi-trailer business, expand its economies of scale and promote the development and upgrade of the industry.

“Meanwhile, the Group will build a sophisticated manufacturing system for global semi-trailers, truck bodies of specialty vehicles and truck bodies of refrigerated vans. To effectively respond to the headwinds in global trade, the Group will continue to shift its strategy from ‘Global Operations and Local knowledge’ to ‘Overseas Operation and Local Manufacturing’ so as to develop sound resilience amidst the new normal in the global economy. The Group’s listing on the A-shares market will effectively enhance the Group’s investment value, so the Group will be truly discovered and recognised under the interactive effects of the inbound and outbound capital markets which will further elevate the Group’s stature in the international market and heighten awareness of the Group in the international arena.”

CIMC Vehicles is the world’s top semi-trailer manufacturer in terms of sales, and the leading manufacturer of truck bodies for specialty vehicles and refrigerated truck bodies in China. For three consecutive years, the Group’s cement mixers ranked first in sales volume terms and it also enjoys the stature of being the pioneer and technology leader in the commissioned variant business of urban dump trucks in China.