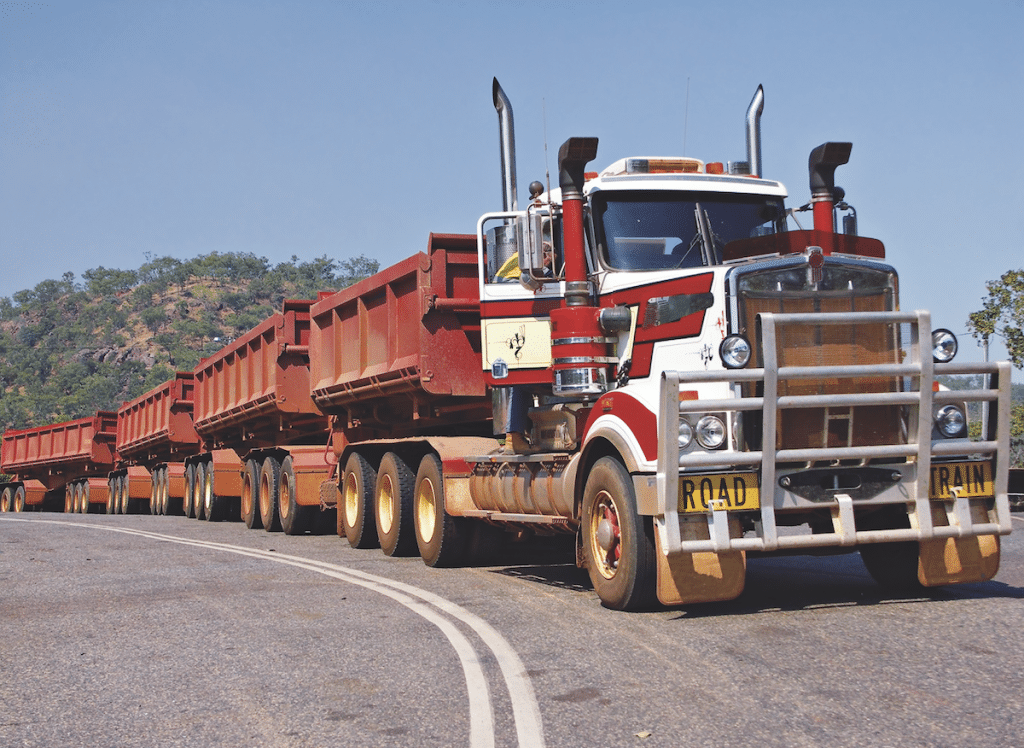 Legislators in North Dakota are expected to back a repeal of length and weight restrictions on truck and trailer combinations. This would be one step closer to seeing road trains operate on US roads in that region.

Moving forward with a pilot program first touted last year could become a distinct reality by as early as November as lawmakers look for solutions to meet a growing freight and oil task amid an alarming driver shortage.

Luick has been a vocal proponent of trialling Australian style multi-combination road trains involving a heavy duty rig pulling up to three or four trailers at a time.

“The restrictions on drivers, the capabilities of the work force, acquiring people that maybe shouldn’t be allowed in the trucks themselves are driving that number and the problem is increasing,” he said.

A road train pilot program can be sought from the Governor Doug Burgum by executive order should Minot Senator Oley Larsen follow through with the bill.

“There is absolutely the authority for the Governor to make changes, and nothing seems to be ruining the roads by us following the current truck trains we’re doing now,” said Larsen.

On 24 March, Burgum lifted load restrictions on state highways declared under public health emergency for Covid-19. The order was subject to the provision that no state highway was negatively impacted or no public safety risk was determined.
Under the proposed pilot program, the North Dakota Department of Transportation and North Dakota Highway Patrol would be responsible for managing new mass and length limits on the new truck combinations which would run empty during initial evaluations.

Operations might also be restricted to reduced traffic periods like the early morning and police would be empowered to remove road trains from the road during inclement weather or permitted to provide special escort.
Legislators are also looking for cooperation from Minnesota and South Dakota, neighbouring states whose by and large flat topography is considered safer for evaluating a regional pilot program which would shift the road trains from rural roads to interstate highways.

A state assembly vote would need to be rubberstamped before it can be passed as legislation in Washington.
“We have an opportunity to not only move freight more efficiently here, but also safer, and also cleaner for the environment,” said Luick. “I think if we give industry a little bit of leeway as far as encouragement to do something more, they will take it upon themselves to figure out the efficiencies.”